Cars priced above Rs 25 lakh account for 1 per cent in India’s 3 million-car market and the share has remained unchanged over the last five years. 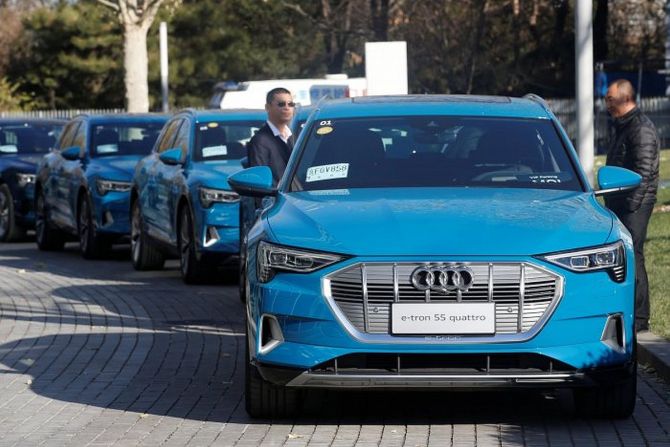 Frequent and sudden policy changes coupled with high taxation had stymied the growth of the luxury car market in India, said a top executive at Audi India.

Cars priced above Rs 25 lakh account for a per cent in India’s 3 million car market. That has remained unchanged over the last five years.

He was referring to the recent government regulation that makes it mandatory for imported models to get BIS (Bureau of Indian Standards) certification for alloy wheels, windshield and wheel rims.

A regulation like this will eventually force companies to reduce the number of models they plan to bring to India, he pointed out.

Audi launched the Q2 recently as part of a larger strategy to bring more volume models for the Indian market.

It will launch at least half a dozen models in 2021 as part of that strategy.

“Eighty per cent of the volumes that we sell India will be assembled locally by 2021,” said Dhillon but the 20 per cent that will be imported will have only 10 models.

“For such low volumes, it’s difficult to procure the parts such as an alloy wheel locally,” he said.

Such low volumes make it unviable for the alloy wheel makers to produce them locally.

The luxury carmakers should be exempted from such certifications, he pointed out.

The volume and luxury carmakers are treated differently when it comes to taxations, so it is only fair that regulations are also different for this category, Dhillon added.

“The luxury segment attracts the highest import duty as well as the GST.

“That’s one of the reasons why the luxury cars account for just a per cent of the total sales in India,” he said.

All automakers will have to comply with the new regulation but local arms of Mercedes-Benz, BMW and Audi will suffer the most as they have the highest ratio of imported parts.

These companies have made multiple representations through the industry body, Society of Indian Automobile Manufacturers (Siam), and are seeking more time for implementation.

These regulations would bring in a lot of uncertainty for carmakers, according to Puneet Gupta, associate director at IHS Markit.

“There is no defined long-term roadmap and this will create a lot of hassle for all, specially for global carmakers who are surviving on thin volumes.

“The hassles will go up and finally the global players may start ignoring the Indian market,” said Gupta.

While companies clearly understand that the regulations have a long-term objective of making India self-sufficient, they should be given sufficient time as the models are planned 3 to 5 years in advance, according to Dhillon.

As implementing anything within six months to a year is challenging, carmakers have to ultimately reduce the number of models, he argued.

The pandemic has made the year tougher for luxury carmakers, prompting ICRA to estimate that the segment could decline 40 per cent in the current financial year.