American refiners closed some of their production, leading to futures trade benchmarked to the West Texas Intermediate going negative. 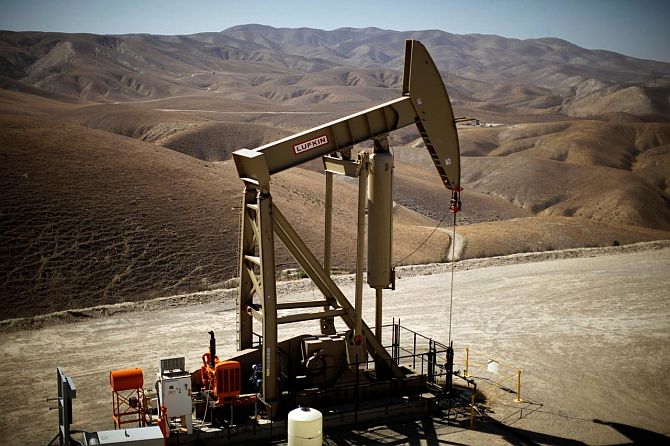 The falling demand of crude oil in the US market will adversely impact investments made by Indian companies in the shale business there.

American refiners closed some of their production, leading to futures trade benchmarked to the West Texas Intermediate (WTI) going negative on Monday.

Though WTI recovered, investment in alternative fuels like shale has become unviable.

For RIL, its investment in US shale is providing it negative returns on equity.

The average realisation for RIL’s shale investment had fallen to $2.71 for a thousand cubic feet equivalent of shale production.

Besides RIL, GAIL, too, has invested in shale gas in the US.

According to industry sources, the company is unlikely to invest more in exploration in the US in a lower price regime.

A similar contract for 3.5 MT was signed with Cheniere Energy’s Sabine Pass project in Louisiana.

In 2017, RIL sold one of its shale assets for $126 million, a third of the price it paid seven years earlier, amid a downturn in global oil prices.

The realisations would fall further because of a lack of demand, leading to lower production.

According to Premasish Das, executive director of oil markets midstream and downstream at IHS Markit, exploration and production companies in the US will be under immense pressure to reduce spending and live within cash flow.

“It could lead to many bankruptcies (among American companies).

“However, given the uncertainties from the pandemic and its fallout on oil demand and global economy, it is be unlikely to see many mergers and acquisitions, which would start once the market stabilises,” said Das.

India has bought shale oil and gas parcels from the US in the past, but the logistics of shipping it does not help.

Companies often swap quantities in order to earn arbitrage out of the shipping cost.

Importing under terms where the exporter bears the shipping cost or cost and freight arrangement could, however, be beneficial, considering the low oil cost.

However, Indian demand has also shrunk because of the nationwide lockdown.

According to Das, the strategy of increasing crude oil imports from the US makes sense in terms of diversification of supply sources amid the restraint of Organization of the Petroleum Exporting Countries’ (OPEC’s) members.

“However, the availability of crude oils from the US could be challenging as US production will decline rapidly this year and next.”