Dogecoin ‘is pure speculation and will end badly’ says Yusko

Elon Musk, 49, unceremoniously dropped Tesla’s support for Bitcoin payments last night, citing environmental concerns and the impact of mining the digital token. The news came as a great surprise to Tesla and crypto fans alike, considering the car company bought more than £1billion ($1.5billion) worth of BTC earlier this year. Mr Musk’s announcement likely triggered an immediate sell-off, with Bitcoin and Tesla shares (TSLA) plunging to some of their lowest points in months.

Bitcoin prices plunged overnight and traders are now rallying to claw back some of the losses.

“We are concerned about rapidly increasing use of fossil fuels for Bitcoin mining and transactions, especially coal, which has the worst emissions of any fuel.

“Cryptocurrency is a good idea on many levels and we believe it has a promising future, but this cannot come at great cost to the environment.” 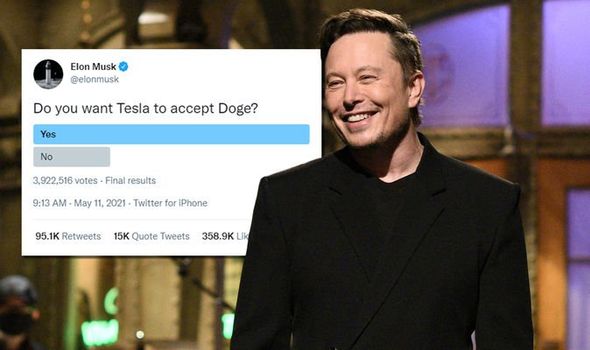 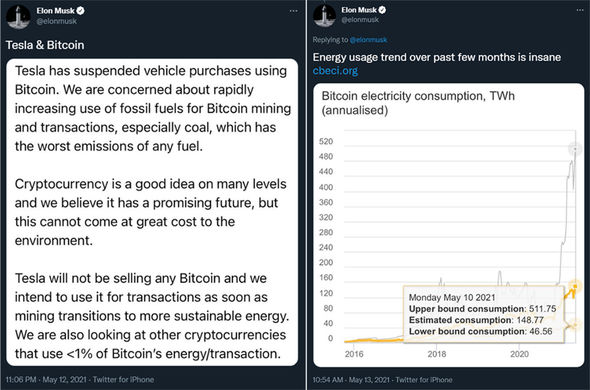 Bitcoin and other blockchain-based tokens are mined using powerful computer rigs and the more Bitcoin are mined, the harder and more power-hungry the process becomes.

Antony Portno, founder of Traders of Crypto, said: “The Proof of Work consensus mechanism that Bitcoin uses is old technology.

“It’s slow and expensive to send money, it won’t scale and it requires an unsustainable amount of electricity to work.

“Ethereum is in a similar position but it is switching to Proof of Stake which is what is used by many of the more modern cryptocurrencies.”

BTC’s detractors believe this is a major obstacle for the token becoming a widely accepted form of tender.

Others have argued renewable energy sources are key towards unlocking Bitcoin’s true potential.

Will Tesla accept Dogecoin as payment?

Elon Musk’s affair with cryptocurrencies kicked off in earnest earlier this year when the South African billionaire took Dogecoin under his wings.

The memecoin that features a smiling Shiba Inu dog as its mascot, does not have the sort of leverage flagships like Bitcoin and Ethereum do.

But the token has emerged as a serious contender in recent months, and fans are expecting Tesla to take notice of DOGE.

And Mr Musk’s fascination with the token has led him to being dubbed “The Dogefather”.

He even ran a poll on his Twitter page, asking his 54 million followers whether they “want Tesla to accept DOGE?”.

The overwhelming majority (78.2 percent) voted in favour of the move.

However, Mr Portno is not convinced Tesla will adopt Dogecoin for vehicle payments – although he agreed stranger things have happened. 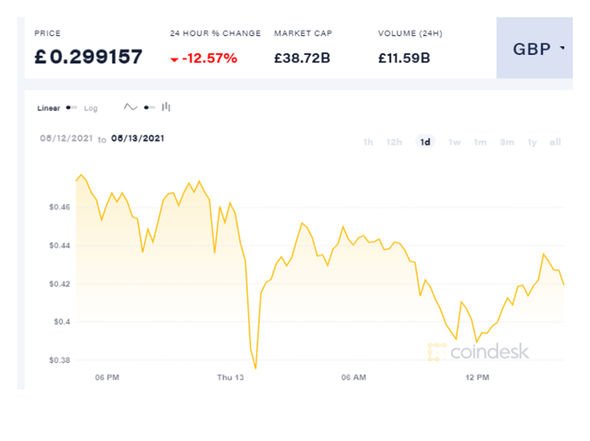 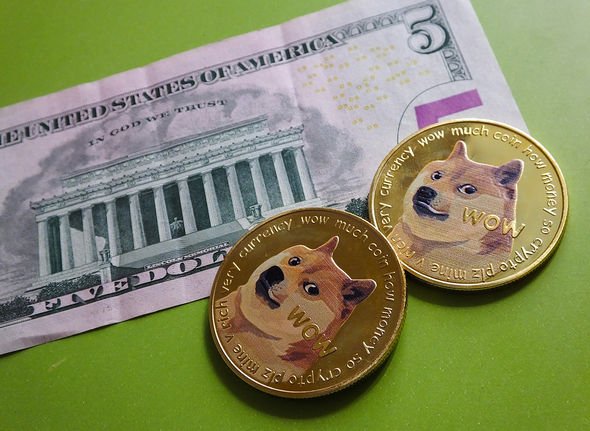 He said: “The immediate future of bitcoin may be quite unclear because this is the first sign of one of the biggest crypto-influencers (Elon Musk) turning his back on the currency, it’ll be interesting to see what happens next could we see Elon, dubbed ‘The Dogefather’, accept Doge as payment for Tesla?

“I would be very doubtful but in the crazy world of crypto nothing can be ruled out.

“The #Doge4Tesla has increased in popularity on Twitter, which could be the start of a crazy few days in crypto world, although Doge also wastes electricity just at a much lower level than Bitcoin (under a 100th of the amount bitcoin uses).

“There are great other alternatives like, Cardano, Iota and Nano.”

If you have ever considered buying into cryptocurrencies, you must first consider the risks involved.

The crypto space is very speculative and there is no guarantee you will make any profits.

As with all investments, you should never put money in you are not prepared to lose.

The official position of the Financial Conduct Authority (FCA) in the UKS is that cryptocurrencies are an all-high risk and speculative investment.

The FCA said: “If you invest in cryptoassets, you should be prepared to lose all your money.”