Flight Centre had a rough time during COVID-19, which decimated its once enviable pre-pandemic share price of $39.94. The stock is now changing hands for about $17 on the Australian Securities Exchange (ASX). 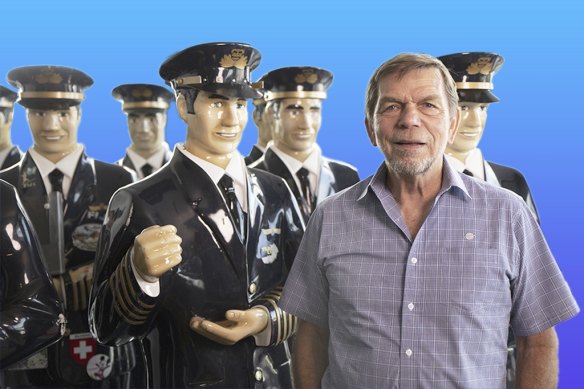 However, last quarter, things were looking up, with record demand for travel coupled with booking uncertainty driving more people to seek travel consultations.

The company posted $1 billion in revenue for the financial year, up from its 2020-2021 revenue of $395.1 million. However, despite the impressive bump, the business achieved a margin of 9.7 per cent – the lowest recorded by the company in five years.

In light of unprecedented industry volatility and rocketing flight prices, is it worth backing the traditional travel agency?

How it started: In 1973, co-founders Graham “Skroo” Turner and Geoff “Spy” Lomas purchased a double-decker bus called Argas and launched Argas Persicus Travel with a trip to Spain, Portugal and Morocco.

By 1975, the pair had renamed the business Top Deck Travel and grew it into 26 buses chartering hundreds of thousands of youthful travellers across Europe.

In 1980, Turner returned to Australia to capitalise on the deregulation of aviation and, in 1982, the pair open the first Sydney Flight Centre shop. Two years later, they launched in London, before listing on the ASX in December 1995.

How it’s going: While Top Deck is still very much a thing, Flight Centre has come a long way. Now, the group has more than 2000 businesses across 11 countries.

At the beginning of the pandemic, the company was accused of withholding refunds from customers when its suppliers failed to provide services and claimed cancellation fees but quickly stopped following warnings from the consumer watchdog.

Two years on, Turner says the company is on the path to recovery, as travellers re-engage travel experts to mitigate uncertainty about booking security amid chaos at the country’s airports. 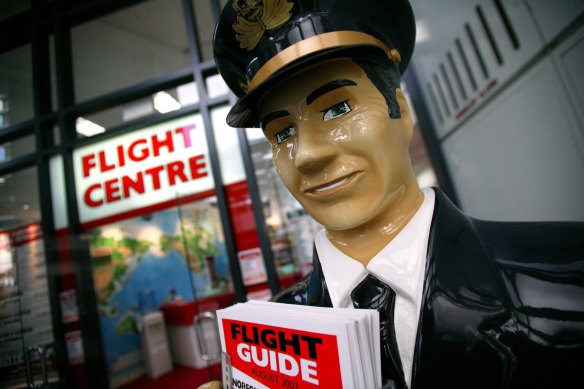 Flight Centre is hopeful of a travel recovery post-lockdowns.Credit:Robert Rough

The bull case: Flight Centre reported a statutory pre-tax loss of $337.8 million this year. While this may seem alarming, it is almost a 50 per cent improvement on the group’s 2021 loss, showing the first signs of a comeback.

Goldman Sachs analysts maintain a “neutral” rating on Flight Centre shares, with a price target of $19.60, implying potential growth prospects of more than 15 per cent for shareholders.

Still, it flagged most of Flight Centre’s underperformance is related to “unfavourable” mix changes, with higher rates of travel being key factors in addition to elevated price inflation.

The bear case: From lost baggage to flight cancellations, the flow-on effects of COVID-19 on tourism are well documented. While an increased number of travellers are seeking out Flight Centre’s expertise to navigate the unpredictable realm, the travel economy remains volatile.

The group’s share price has fallen 8 per cent already this calendar year and remains about 50 per cent lower than before COVID-19.

No major brokers have labelled the company’s shares a “buy”, but many are expecting the stock to continue to appreciate, albeit slowly.

Despite fledgling signs of improvement, Flight Centre isn’t making a profit and hasn’t hinted when it may be in a position to pay dividends, while rival travel groups including Corporate Travel Management have recommenced paying shareholders.

In a briefing last month, Morgans senior analyst Belinda Moore said Flight Centre’s results came in at the lower end of its guidance range and consequentially downgraded the group’s FY23 and FY24 forecasts.

Morgans maintained its “hold” rating on the stock, with a reduced price target of $18.25.