Australia ranks at the bottom of 26 global markets for investment portfolio disclosure, leaving fund members in the dark over how their retirement savings are being used.

Australia is in the "bottom" category – on its own – in the study by investment researcher Morningstar because super funds and managed funds are not compelled to reveal their investments and there is poor disclosure of environmental, social and governance issues. 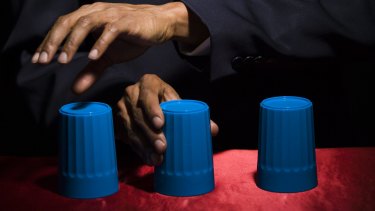 Until super funds are required to disclose their portfolio holdings, fund members are not always going to know where their retirement savings are investedCredit:rubberball

"Fund investors are entitled to know how their money is being invested and to what companies they are exposed; it shouldn't be a blind date for investors,” says Grant Kennaway, Morningstar's director of manager research for Australia.

“If investors want to avoid exposure to fossil fuels, for example, they need portfolio holdings data – what stocks or bonds a fund holds – to provide more transparency,” Kennaway says.

He says for a country that aspires to be a global financial centre, having sub-standard portfolio disclosures should not only be of concern to small investors, but to all industry participants.

Compulsory disclosure of fund portfolio holdings is in the works but the regulation that is needed to spell out how the disclosure would work has yet to be drawn up by the federal government.

However, the start date for super funds to list their investments has been repeatedly delayed. The Australian Securities and Investments Commission (ASIC) said last week that the launch date had again been pushed back from December 31 until December 31, 2021. The regulator says the delay is needed because "regulations supporting the requirements have not yet been made".

Super funds mostly disclose only their largest investment holdings. However, it remains hit and miss for fund members. Some, including the nation's biggest, AustralianSuper, do disclose almost all of their holdings online.

Glen McCrea, chief policy officer and deputy chief executive of the Association of Superannuation Funds of Australia, says it supports greater transparency of investment decisions made by funds.

But in mandating disclosure, it is "crucial that the information is meaningful and useful for consumers and it doesn’t prejudice ‘commercial-in-confidence’ arrangements in the best interests of super fund members", he says.

Simon O’Connor, chief executive of the Responsible Investment Association Australasia, says "transparency is a cornerstone of accountability and essential to an efficient and effective market-based system".

“Consumers have the right to know where their retirement savings are being invested and the further postponement of enacting these laws will affect them and our super system," he says.

A spokesperson for Assistant Minister for Superannuation Jane Hume says regulating the disclosure of super fund holdings remains an "important element in the series of reforms the Morrison Government has already implemented to increase the transparency and efficiency of the sector".

"Regulations for disclosing portfolio holdings are being formulated and will be announced in due course," the spokesperson says.