Suppose we could adopt, soon or right now, a strategy that would substantially reduce greenhouse gas emissions while costing people very little, or possibly even nothing? Not only that, it would not require bans or mandates, new regulations or carbon taxes. Consumers would retain freedom of choice.

The very idea sounds fanciful, even nuts. Yet a number of municipalities in California have adopted such an approach, and it's in widespread use in Germany, where it is having a major impact. `

It's called "green by default". The basic concept is that consumers should be automatically enrolled in renewable energy, with the right to opt out if that's what they want to do. 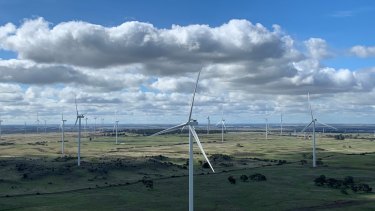 In some places the cost of renewable energy is rapidly falling.

If the approach were adopted all over the US it could potentially play a larger role in reducing emissions than seemingly more aggressive steps, such as energy efficiency requirements for household appliances. In the municipalities in California, hundreds of thousands of people are now receiving 100 per cent renewable energy, and that means dramatic cuts in greenhouse gas emissions. All over Germany, automatic enrolment in renewable energy is also working, in the sense that most people are staying with cleaner energy sources.

If the idea is so simple and cost-effective, why aren't we seeing it everywhere?

However promising, it does raise questions. Some environmentalists might object that people will just opt out, if all they have to do is check a box to switch to a dirtier and possibly cheaper energy source. In that case, wouldn't a mandate be better?

Thus far the record in California and Germany more generally suggests the overwhelming majority of consumers are unlikely to opt out. One reason is conscience. If people are automatically enrolled in clean energy, it might feel a bit irresponsible to switch to, say, coal. Another reason is inertia; people are busy, so they stick with the default, even if it costs a bit more.

But in a time when so many people are struggling economically, should we really enrol consumers in a more expensive source of energy? Won't that hurt poor people in particular, and the economy in general? In that case, green by default would turn out to be an energy tax.

The first answer is that the cost of renewables is rapidly falling, and in some places, greener is not costlier than fossil fuels. It might even be cheaper. When that is so, the concern dissipates.

But it remains true that renewable energy can be more expensive. In California, those who stay 100 per cent green can end up paying about 8 per cent more for their electricity – meaning that on a monthly bill of $100, they pay $8 more. Not a fortune, but not nothing.

Recall, however, that if people want to save money, they can opt out. And in California, municipalities do not even charge poor customers that 8 per cent extra. If the US and other countries are going to move generally in the direction of green by default, they will need to think about the best way to protect people at the bottom of the economic ladder against the risk of increased prices.

Then there's the question of capacity. The US continues to rely heavily on fossil fuels, and while use of renewables is growing rapidly, it just isn't realistic to say that green by default will work everywhere. What makes sense for California might not suit Pennsylvania.

Fair enough. Still, the approach should be given serious consideration wherever it is feasible. And one of its virtues is that it will create an immediate incentive to increase capacity. If companies know that a lot of people are going to be using – and paying for – renewable energy, they are likely to try to meet the demand. 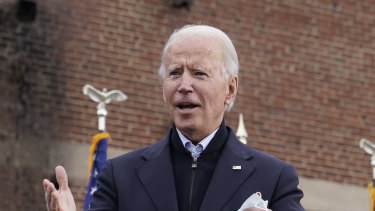 Joe Biden is promising to offer diverse approaches in response to climate change.Credit:AP

There are also important administrative questions. In California, green by default has been made possible by what is called Community Choice Aggregation. Local governments are allowed to obtain power from an alternative supplier, while also receiving services from their existing supplier. If municipalities choose, they can negotiate better rates from that existing supplier, or decide instead to drop that supplier in favour of a greener one (perhaps because greener is better on environmental grounds, perhaps because greener is cheaper).

Community Choice Aggregators are now authorised not only in California, but also in Illinois, Ohio, Massachusetts, New Jersey, New York and Rhode Island. All of these states could move quickly in the direction of green by default, and many more states could take advantage of the flexibility that the program affords them. And even without Community Choice Aggregation, states and utilities could explore other ways to enroll customers automatically in green energy.

The Joe Biden administration is promising to offer diverse approaches in response to climate change. These include new fuel economy standards for motor vehicles, new emissions standards for power plants, and large investments in clean energy, alongside close engagement with state and local governments and with other nations.

That's good, even great, but something is missing from Biden's program. If national, state and local officials want rapid action and immediate results, they should add something promising and cost-effective to the mix right now: green by default.