FOX Business’ Madison Alworth speaks with Michael Sapraicone, founder and CEO of Squad Security, about the ‘key’ to security for retailers.

Chicago Mayor Lori Lightfoot blamed retailers for not making safety a priority amid a string of smash-and-grab thefts at retail stores in recent months.

"We still have retailers that won't institute plans like having security officers in their stores, making sure that they've got cameras that are actually operational, locking up their merchandise at night, chaining high-end bags. These purses can be something that is attracting a lot of organized retail theft units," Lightfoot said Monday.

Rob Karr, the president and CEO of the Illinois Retail Merchants Association, said Chicago businesses need the "fingerprinting among leadership to stop."

"The comments that retailers need to do more are sadly misinformed. I think it ignores the fact that retailers spent hundreds of millions of dollars every year on security… We’re not going to put the entire store behind glass cases or under lock and key. Retail doesn’t work that way," Karr told FOX Business.

"We have a fine line to walk. I don’t think the mayor wants a line of armed personnel in every store." 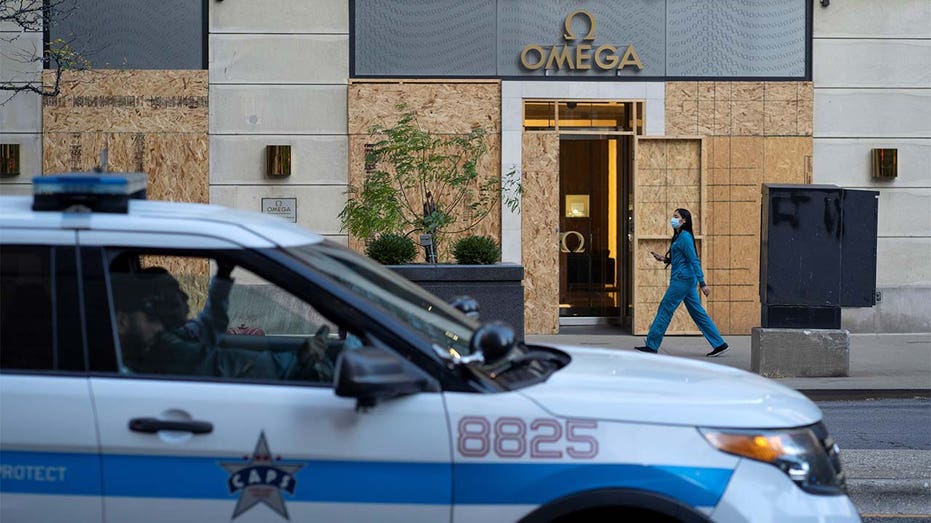 Plywood covers the windows of an Omega store in Chicago. (REUTERS/Moe Zoyari)

Groups of looters in masks have stormed stores in orchestrated plots to steal thousands of dollars worth of merchandise in downtown Chicago and the city’s suburbs.

More than a dozen people raided ​​a Louis Vuitton store at the Oakbrook Center west of Chicago last month, making off with $120,000 of luxury goods before fleeing in three separate cars, one of which was stolen.

The Chicago Police Department sent an alert to businesses in northern Chicago on Black Friday after seven smash-and-grab thefts took place over the course of about three weeks. It warned of offenders forcefully entering "through a front or side door by breaking the door glass with a pry tool" then stealing property.

Last Thursday, nine people stormed a store along Michigan Avenue, resulting in the arrest of just one offender, a 16-year-old boy who was charged with one felony count of retail theft. 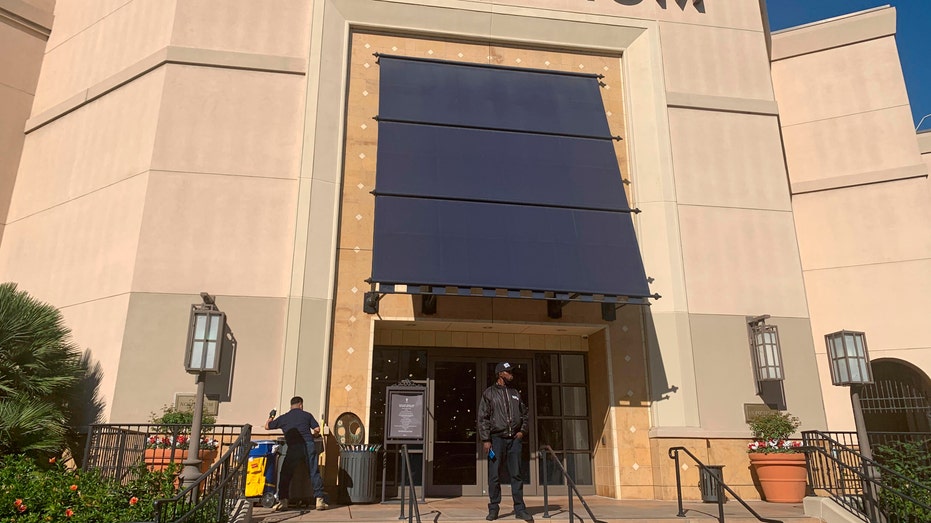 The task force executed search warrants on Friday at eight storage units and recovered millions of dollars worth of apparel, beauty products, electronics and other merchandise.

"Organized retail theft is about more than lost revenue and stolen products," Raoul said Friday. "Frequently, the criminal enterprises behind these crimes are connected to other crimes, such as the drug trade and human trafficking. I am committed to identifying the perpetrators behind this and other organized retail crimes in Illinois." 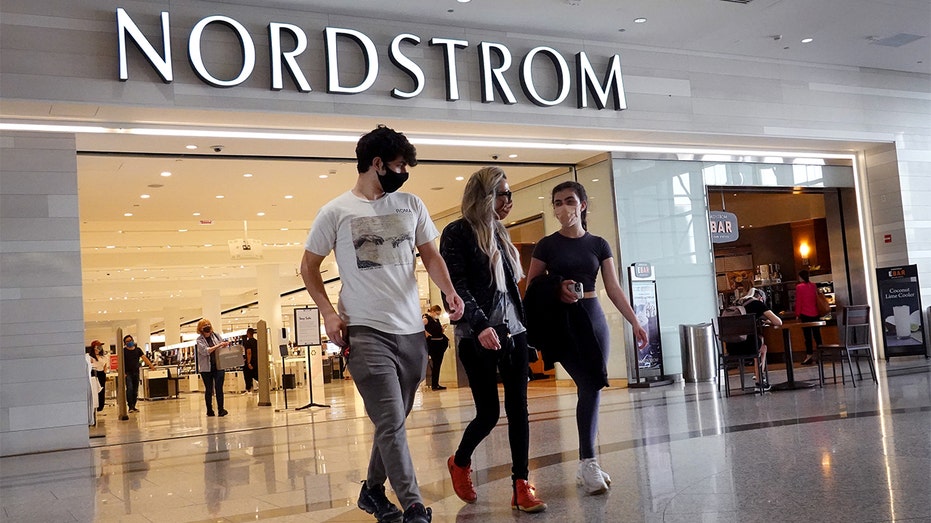 Karr said the retail thefts not only damage the viability of businesses but also reduce tax revenue for the government and make shoppers fearful during the holiday season.

"Criminals take advantage of the weakest links, and right now Chicago looks like the weakest link, because the very leadership that ought to be addressing this together with us, is fighting with each other over who’s to blame," he said.