Jason Rantz on Seattle police cuts: ‘We expect to see crime go up’

A Seattle salon that's been a fixture for decades announced it is closing as the coronavirus pandemic and riots continue to squeeze the city's downtown small businesses.

"We are sad to announce that we’ve made the difficult decision to close our Downtown location," Gene Juarez Salons & Spas wrote on Facebook on Tuesday.

"Since opening in 1998, the Gene Juarez Downtown location we say farewell to today has served tens of thousands of loyal guests and employs some of our most talented artists," the post continued.

Employees at the closed salon will be able to work at Gene Juarez's nine other locations.

"As with all things art and fashion, change is inevitable," the business wrote on Facebook. "While our next Seattle footprint is yet to be determined, we look forward to continuing our legacy of artistry and service for decades to come."

All eyes were on Seattle earlier this summer when activists protesting the death of George Floyd in Minneapolis formed the "Capitol Hill Organized Protest," which was broken up in July after Mayor Jenny Durkan declared the gathering an unlawful assembly following two fatal shootings. 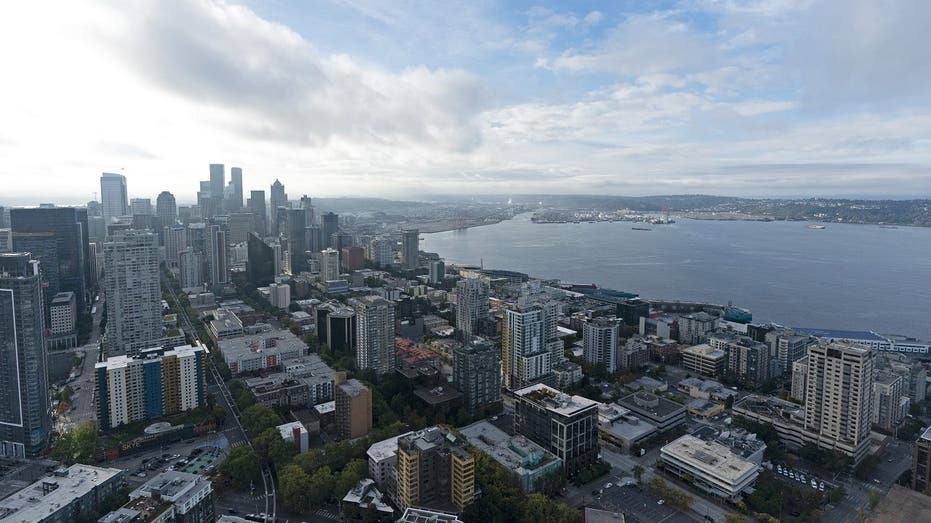 Blue skies begin to appear over downtown Seattle and Elliott Bay as seen from the roof of the Space Needle, Friday, Oct. 9, 2020, in Seattle. (AP Photo/Ted S. Warren)

Earlier in October, Seattle police arrested more than a dozen protesters who allegedly vandalized buildings and threw an explosive at officers during a demonstration

"When Amazon announced the vast majority of its 60,000 Seattle-based employees would work remotely, the economic pain was immediate," Rantz wrote. "Over 100 businesses in Downtown Seattle have already closed permanently, with restaurants hit especially hard without a steady stream of Amazon employees coming in."

"You'd think these impacts would quell the urge to tax and spend. No such luck," he continued.