Chandra Dobbs was stunned when the constable showed up on her doorstep with a fat packet of eviction papers. She thought she had more time.

"I didn’t think I was going to be evicted because I applied for rental assistance money," Dobbs said a few days later. "But they didn’t want to wait the four to six weeks. So now we’re homeless – me, my 16-year-old son, my daughter and my grandchild, a toddler."

Her confusion is a common theme across America at a time when the federal government has ended renter protections while doling out billions of dollars in rental assistance. Instead of the expected surge in evictions, many landlords are holding off, waiting for the federal money to come through.

But while a few jurisdictions bar landlords from evicting renters who have applied for the money, most do not.

Court records show the eviction judgment against Dobbs was for $3,837, which included $2,700 in rent plus late fees and court and legal costs. Encore Management LLC, which filed for the eviction, did not respond to a request for comment about its side of the case.

Dobbs, who was laid off from her job as an exotic dancer during the pandemic, said her family is staying temporarily with friends while working with a nonprofit to find a new home and get money for a rent deposit.

After a slow start, the pace to distribute the first $25 billion installment of $46.5 billion in rental assistance is picking up. Treasury Department officials said the program had served 420,000 households in August — up from 340,000 in July — and distributed $7.7 billion since January.

LANDLORDS CAN CONSIDER THESE ALTERNATIVES TO EVICTIONS AMID NEW MORATORIUM

Treasury officials said the strong signs of progress came from New Jersey, New York, and South Carolina, which at first struggled to get their programs going. New Jersey, for example, sent out no money in the first quarter but now has distributed 78% of its first-installment money and doubled the number of households served in August compared with July.

"These numbers are still early, uncertain and there is likely additional pain and hardship not showing up in these reports," said Gene Sperling, who is charged with overseeing the implementation of Biden’s $1.9 trillion coronavirus rescue package. "But what is out so far is certainly better than anyone’s previous best-case scenario for the month after the moratorium." 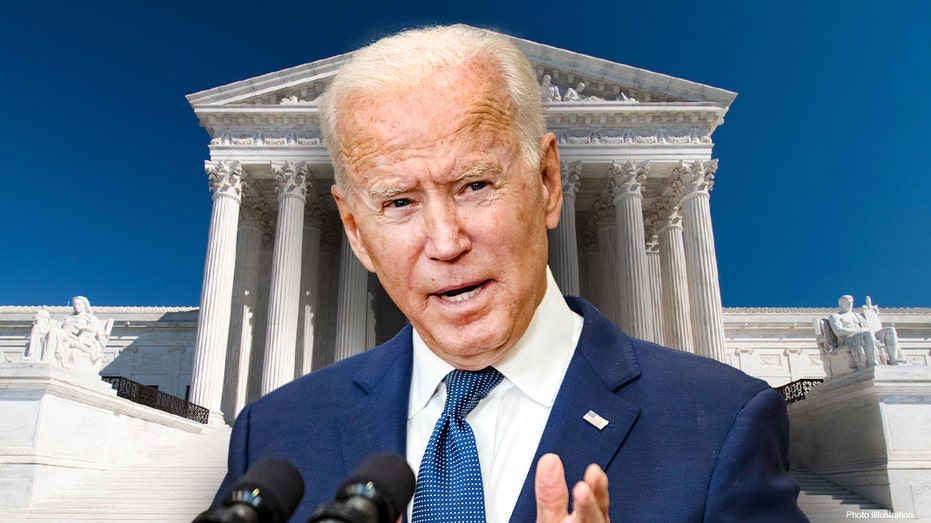 WASHINGTON, DC – AUGUST 22: U.S. President Joe Biden speaks in the Roosevelt Room on the continuing situation in Afghanistan and the developments of Hurricane Henri at the White House on August 22, 2021 in Washington, DC. The White House announced ea (Photo by Samuel Corum/Getty Images / Getty Images)

Sterling credited an increase in eviction diversion programs as a key reason the tidal wave predictions didn’t come through, adding that it was important to keep speeding relief money to landlords. On Wednesday, the Department of Housing and Urban Development issued a new rule barring landlords from evicting tenants in HUD-subsidized public housing without providing them 30 days’ notice and information about available federal emergency rental assistance.

Some tenants have benefited from remaining eviction moratoriums including in California which ended last month, New York’s which runs through the end of the year, and Boston’s which is ongoing.

Others have taken advantage of newly created programs from Washington to Texas to Philadelphia to New Hampshire that aimed at keeping eviction cases out of the courts and keeping renters in their homes. Some court systems have also put in place policies staying evictions if a tenant has applied for rental assistance while at least three states and 10 cities have approved measures providing tenants with free legal counsel in eviction proceedings.

Diane Yentel, president and CEO of the low-income coalition, said the nonprofit has encouraged leaders of state and local governments to maintain the few local eviction bans still remaining after the U.S. Centers for Disease Control and Prevention moratorium ended in late August.

Landlord advocacy groups have encouraged members not to evict tenants who have applied for government funds to pay their back rent, but owners don’t always follow that suggestion. Smaller property owners, in particular, have struggled for months to pay their own mortgages and taxes with many tenants not paying rent.

"The vast majority of property owners have worked with their residents for nearly two years to keep people in their homes," said Courtney Gilstrap LeVinus, president of the Arizona Multihousing Association.

She has defended landlords throughout the pandemic, noting that many have been pushed to the brink of bankruptcy. 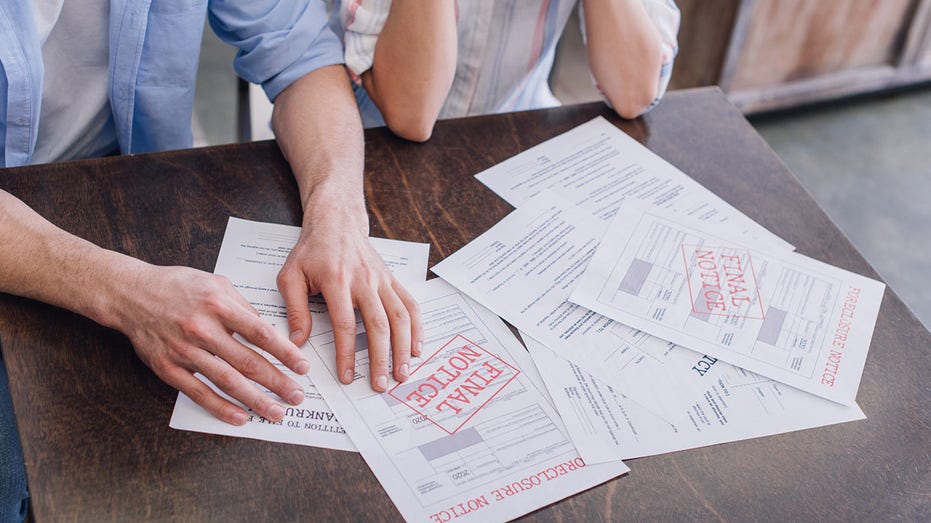 DO NOT USE ON FNC/FBN DIGITAL EDITORIAL. ONLY FOR CREDIBLE CONTENT. Cropped view of man and woman with documents with foreclosure and final notice lettering at table (iStock)

Many property owners were more willing to offer concessions during the pandemic, waiving late fees and sometimes reducing or forgiving rent, according to a synthesis of two recent studies of mostly small landlords carried out by the Terner Center of Housing Innovation at the University of California, Berkeley, and the Joint Center for Housing Studies of Harvard University.

The findings also highlighted the financial hardships landlords have faced, with some opting to sell their properties, a move that could lead to a loss of affordable housing stock in some communities.

U.S. Marine veteran Paul Wunder, who was also on Constable Kristen Randall’s schedule the following week for eviction from his Tucson apartment, said all landlords should wait to receive federal money set aside for rental assistance so they can get the rent money they are owed.

"If they just wait one month, they’ll get all their money," said Wunder, cradling his small dog Missy, a shaggy terrier mix, inside his apartment a few days before he was locked out. The 66-year-old was laid off early in the pandemic, then laid off again after getting another job as an air conditioner technician.

"If they throw us into the street," he said, "they’ll get nothing."