Can the Fed achieve a soft landing as it fights red-hot inflation?

Thomas Hoenig, the former Kansas City Federal Reserve president, weighs in, arguing that a ‘recession is a fair call.’

The danger of the U.S. economy returning to a 1970s-style stagflation scenario is the highest it's been in decades, according to former President Barack Obama's top economic adviser.

Jason Furman, a Harvard University professor who previously served as chair of the Council of Economic Advisers, warned that an aggressive Federal Reserve, rising interest rates and persistently high inflation have raised the possibility of a period of stagnant economic growth and high consumer prices.

"It's a real risk," Furman said during an interview with FOX Business. "It's the biggest risk of stagflation we've had in a long time. But it's not a guarantee that the economy goes into recession. Consumers still have a lot of money. They're still spending. So there's still some hope for the U.S. economy."

Stagflation is the combination of slowed economic growth and high inflation, characterized by soaring consumer prices as well as high unemployment. The phenomenon ravaged the U.S. economy in the 1970s and early 1980s, as spiking oil prices, rising unemployment and easy monetary policy pushed the consumer price index as high as 14.8% in 1980, forcing Fed policymakers to raise interest rates to nearly 20% that year. 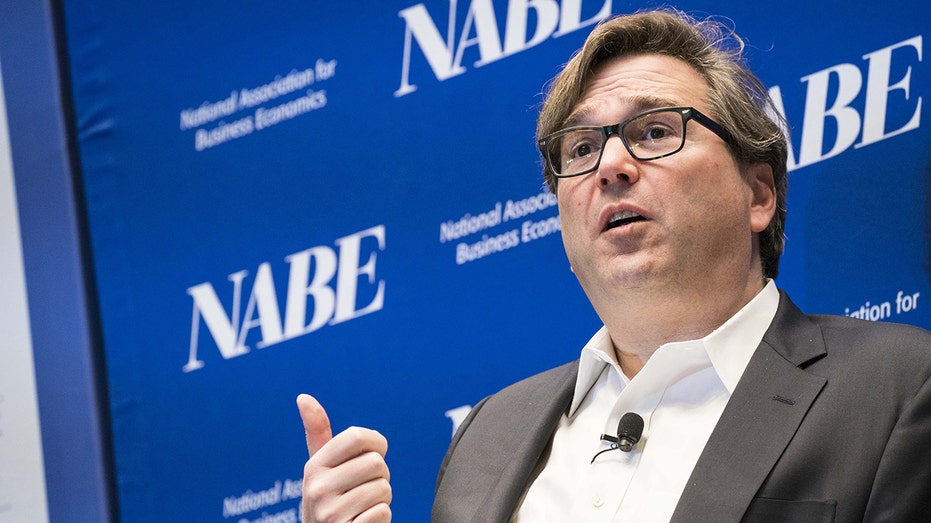 Inflation accelerated again in May, the government reported earlier this month, with the consumer price index, rising by 8.6%, much higher than economists expected. It marks the fastest pace of inflation since December 1981, underscoring just how strong inflationary pressures in the economy still are.

Scorching hot inflation has created severe financial pressures for most U.S. households, which are forced to pay more for everyday necessities like food, gasoline and rent. The burden is disproportionately borne by low-income Americans, whose already-stretched paychecks are heavily impacted by price fluctuations.

The stock market has also suffered amid the backdrop of rising inflation and interest rate hikes with the S&P 500 down 20% this year.

As a result, the Federal Reserve is moving at the fastest pace in decades to tame consumer demand and bring inflation closer to its 2% target. Just last week, policymakers voted to raise interest rates by 75 basis points for the first time since 1994. The move puts the key benchmark federal funds rate between 1.50% and 1.75%, the highest since the pandemic began two years ago.

But the Fed's policies to hamper consumer demand and tame inflation are expected to slow the economy, with a growing number of Wall Street firms forecasting a recession in the next two years. Goldman Sachs, Bank of America and Deutsche Bank have all raised the odds of a downturn in 2022 or 2023, and Fed Chairman Jerome Powell has conceded there's a real possibility of a recession.

"It’s certainly a possibility," Powell told lawmakers Wednesday. "We are not trying to provoke and do not think we will need to provoke a recession, but we do think it’s absolutely essential that we restore price stability, really for the benefit of the labor market, as much as anything else."

Hiking interest rates tends to create higher rates on consumer and business loans, which slows the economy by forcing employers to cut back on spending. Mortgage rates are already approaching 6%, the highest since 2008, while some credit card issuers have raised their rates to 20%.

Furman said that he expects central bankers to finish the year with interest rates near 4% as they race to catch up with inflation. But consumers shouldn't expect to see prices fall right away, he said.

"It's going to take a while for inflation to come down," he said. "I think inflation will be high all year, and maybe some things will start to fall. Maybe car prices will fall. At some point, gasoline prices will fall. We've had oil prices start to fall. That should show up in lower gasoline. But if you're asking about average prices as a whole, that could take some time."

Rampant inflation has become a major political liability for President Biden ahead of the November midterm elections, during which Democrats are expected to lose their already razor-thin majorities. Surveys show Americans see inflation as the biggest problem facing the country. And many households blame Biden for the price spikes.

In response, the president has floated the possibility of temporarily suspending the 18.4 cents-per-gallon gas tax, a move that would require action by Congress. It is intended to help consumers cope with higher prices at the pump amid a record surge in the cost of fuel, but Furman slammed the proposal as a "gimmick" that will do little to line households' pockets and will instead deliver a major windfall to oil companies.

"To curb inflation, most of that is the job of the Federal Reserve," Furman said. He suggested the White House could instead explore smaller strategies like reducing the federal deficit, lifting tariffs, increasing efficiency in the shipping industry or making it easier to get a permit to be a truck driver in order to ease supply chain disruptions.

"Lots of small policies you can pursue," he said. "But the big tools, those are all in the hands of the Federal Reserve."