Kudlow: Unemployment assistance would be ‘smart’ to help economy

The federal $300 boost in unemployment benefits could end for millions of laid-off Americans just a few weeks after it began.

"It is likely that the benefit will stop abruptly for individuals," Arizona's director of the Department of Economic Security said during a recent call with reporters. "It is likely that after the sixth week there will be some amount of jeopardy to the availability of these funds going forward."

Under the edict, the federal government will give unemployed workers an extra $300 in weekly payments. Trump allocated $44 billion to cover the sweetened aid, using money from the Disaster Relief Fund, which is managed by the Federal Emergency Management Agency.

States applying for the federal grants will receive an "initial obligation of three weeks of needed funding," according to a memo issued by FEMA about the relief. FEMA will make additional disbursements to states on a weekly basis "in order to ensure that funding remains available for the states who apply for the grant assistance," according to the memo. 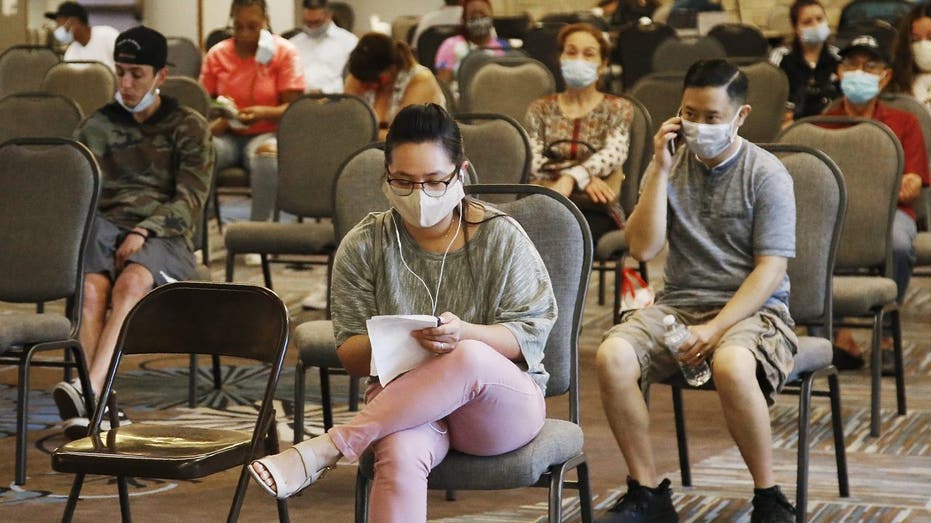 So far, 48 states have either applied for or been approved for the Lost Wages Assistance Program. Each state will likely receive enough money to cover six weeks of aid, according to Century Foundation senior fellow Andrew Stettner.

"Most workers will end up getting paid [the extra benefits] by the end of September and maybe a few will dip until October," Stettner said. "I think people in Arizona will get all their money in September."

The sweetened benefits will last until the $44 billion runs out, the balance of the fund falls below $25 billion or through Dec. 6, 2020, according to the memo Trump signed. As of July 31, the fund had a balance of $68.4 billion.

Treasury Secretary Steven Mnuchin acknowledged that the aid could run out just a few weeks after it started during congressional testimony last week.

"The president extended, through executive authority, enhanced unemployment up to $400 per person," he said. "Now we, unfortunately, don't have unlimited amounts of money that we can do that, but the president wanted to move forward."

Negotiations over another emergency aid package collapsed during the first week of August when White House officials and Democratic leaders could not agree on how much the legislation should cost.

Another point of contention between the two sides was how much aid millions of out-of-work Americans should receive: Democrats have maintained the $600-a-week benefits need to be extended through the end of the year, while Republicans have argued that it disincentivizes Americans from returning to jobs that pay less, a notion economists have disputed.

Only people who are receiving at least $100 in unemployment assistance through regular state programs or other aid initiatives like a shared-work program are eligible for the boosted benefits, according to a White House memo. Benefits are calculated based in part on a worker's former income, which could mean that some of the country's lowest earners are excluded. At least 1 million people will not qualify for the benefit, according to one estimate.