It appears our Reserve Bank governor is warming to his new role as the nation’s bad-news-deliverer-in-chief.

Having already announced the most aggressive series of interest rate rises since the 1990s, Philip Lowe raised eyebrows again on Friday during a routine, twice-yearly grilling by a federal parliamentary committee by suggesting tax hikes could be part of the solution to yawning federal budget deficits. 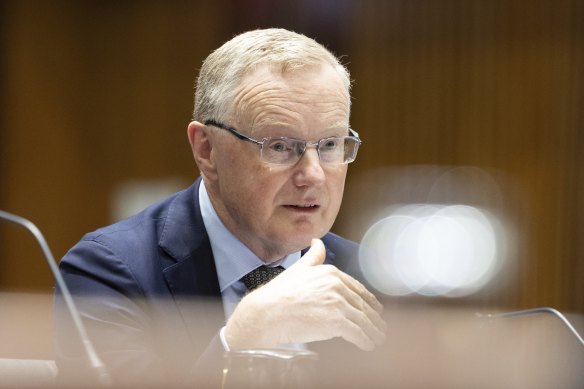 Philip Lowe during a hearing with the House of Representatives Standing Committee on Economics.Credit:Alex Ellinghausen

In response to a fairly innocuous question about the interplay of monetary policy (interest rates) and fiscal policy (the tax and spend decisions of government), Lowe held forth with a short economic sermon on the limited policy options available to policymakers in Canberra to cover the growing expense of community demands for additional spending on disability and aged care, among other things.

In uncharacteristically stark terms, Lowe outlined three options: “You can raise more taxes to pay for the things the community want. You can cut back in other areas … or we can get the economy to grow more strongly, so the pie is bigger.”

While nominating pie-growing as his preferred solution, Lowe is smart enough to know that the mere mention of higher taxes would be somewhat controversial. As a rule, Reserve Bank governors tend to demur when asked to give politicians advice on budget policy.

Politicians certainly get ticked off when they offer opinions on interest rates, so shouldn’t Reserve Bank governors return the favour? 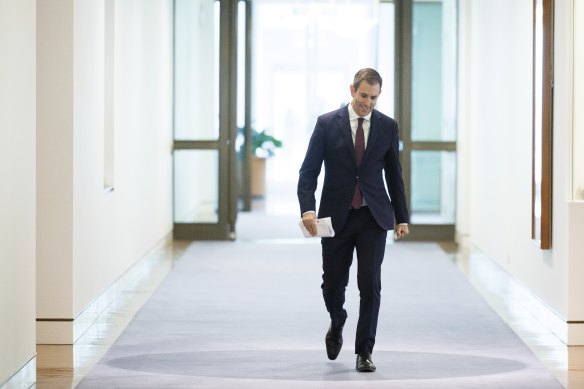 Treasurer Jim Chalmers faces some extremely difficult decisions if the pandemic-wounded federal budget is to be repaired.Credit:Alex Ellinghausen

Well, no. It’s important that politicians – particularly government ministers – don’t pass public judgement on the independent decisions of our central bank. Such independence was hard won and is critical to ensure public confidence in proper – if sometimes painful – conduct of policy.

By contrast, why shouldn’t Australians hear from their most powerful econocrat about the primary economic challenges of the day?

Lowe’s predecessor, Glenn Stevens, said basically the same thing before passing the baton to Lowe in 2016. Australians were “kidding ourselves” if we did not think a “more hard-nosed conversation” was needed about “putting public finances on a sustainable medium-term track”, Stevens warned in a farewell speech.

“Many difficult choices will need to be made,” he concluded.

They are difficult choices which now fall to Treasurer Jim Chalmers, who will deliver his first budget next month, followed by another in May next year.

The easy option for politicians is to increase spending, cut taxes, and leave budget deficits to future generations to repay.

In a world of rising borrowing rates, Lowe is urging Chalmers & Co. to aim higher: “We can’t pay for these things on the national credit card … I would hope during this term of parliament that you could start addressing probably each of these three things to pay for the services that our community wants.”

Lowe’s comments also echo those made by Treasury secretary Steven Kennedy in a speech in June which warned that: “Significant medium-term spending pressures have emerged over the past two years.”

On Kennedy’s reckoning, federal spending on disability care is set to soar by 0.8 per cent of gross domestic product between 2018-19 and 2025-26, making it by far the fastest rising component of federal spending.

Spending on aged care is also expected to grow by 0.3 per cent of GDP and defence spending by about a quarter of a per cent, with upward pressure also on health and infrastructure budgets.

Overall, federal spending as a share of total economic output is expected to average 26.4 per cent in the coming decade, up sharply from a pre-pandemic average of just 24.8 per cent.

Kennedy also canvassed the options of tax hikes and spending cuts, warning: “The larger size of government will need to be balanced against the associated costs, including disincentives associated with some taxes to work or invest.”

Bottom line from everyone? If we want all the nice things, we have to pay for them.

While economists are generally OK with government spending that enhances the productive capacity of the economy (i.e. helps to grow the pie), most also agree it’s a simple matter of fairness that each generation should foot the bill for their own recurrent spending, rather than simply passing the buck to their children.

So yes, taxes may well have to rise if this is not going to happen.

The real kicker is that households would do well to brace for a higher tax burden whatever politicians decide. If they don’t decide to raise revenue from less-distorting tax bases like land and consumption, taxes on personal incomes will bear a heavier share of the tax burden.

Politicians under pressure to fix the budget are unlikely to deliver income tax cuts (at least, not new ones). Over time, wage rises naturally push more workers into higher tax brackets where they pay higher tax rates.

Indeed, even factoring in the stage three tax cuts baked into legislation, Kennedy warns the average personal income tax burden is on course to strike a record high above 26 per cent of income by the end of this decade.

Get it? Higher taxes are coming either way. The only questions are: on whom, and by how much?

In raising the prospect of higher taxes, Lowe is hardly breaking new ground. He is, however, highlighting an important debate we need to have as a nation about which particular taxes we’d like to use to fund our growing demands for spending.

Jessica Irvine is a senior economics writer with The Sydney Morning Herald and The Age.

The Opinion newsletter is a weekly wrap of views that will challenge, champion and inform your own. Sign up here.