The week between Christmas and new year is unique among the 52, a week of no great consequence, a kind of no man’s land between the end of the old year and the start of the new. Not a gap year, but a gap week. A week where all the sensible people are on leave and having fun with the family, while the few who must work while others play hope there won’t actually be much work and no one will mind if they skive off early.

But I’ve always found it a good time for reflection and taking stock. What were my great achievements in the year just past – if any? And what are my grand plans for achievement in the coming year? 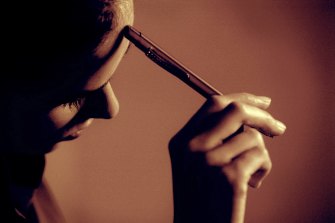 The week between Christmas and new year is a good time to reflect.Credit:Erin Jonasson

A few days ago I happened upon a list of "17 Things I Believe", written by the American management professor Robert Sutton, which I put away a decade ago because I believed so many of his 17. Some of them are useful for anyone using this week for a little reflection.

Let’s start with number 14: "Am I a success or a failure?" is not a very useful question.

That’s because all of us are both a success and a failure. Successful in some aspects of our life and less successful in others. Good at making money, for instance; less good as a spouse and parent.

If so, see number 17: Work is an overrated activity.

Many men do need to find a healthier balance between work and family. They need to stop kidding themselves that sending their kids to an expensive school and buying their loved ones expensive presents is a satisfactory substitute for their presence and attention. More generally, however, the school of "positive" psychologists says that, rather than always focusing on fixing your weaknesses, you make more progress if you concentrate on getting the best from your strengths.

But Sutton has his own twist. "Rather than fretting or gloating over what you’ve done in the past (and seeing yourself as serving a life sentence as a winner or loser)," he says, "the most constructive way to go through life is to keep focusing on what you learn and how you can get better in the future."

This ties in with number 8: Err on the side of optimism and positive energy in all things.

Yes, a much happier way to live your life. 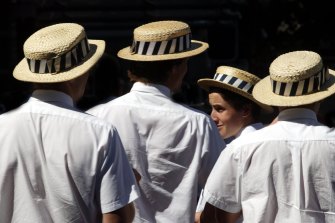 Working hard to pay private school fees is no substitute for being present.Credit:Jim Rice

And it leads on to number 5: You get what you expect from people. This is true when it comes to selfish behaviour; unvarnished self-interest is a learnt social norm, not an unwavering feature of human behaviour.

This really chimes with my experience. I’ve found it particularly true of bosses. If they can see that you expect them to give you a square deal because they’re a decent person, they most likely will if it’s within their power.

That’s because of a person’s natural desire to meet the other person’s expectations of them. Hold them to a high standard and they’ll rise to it. But let them see you distrust them and half expect to be cheated, and they’re unlikely to dash your expectations.

Another one I really like is number 7: The best test of a person’s character is how he or she treats those with less power. Or, as I prefer to say after too much Downton Abbey, how you treat the servants. The taxi drivers, shop assistants, receptionists and executive assistants trying to stop you getting through to their boss. 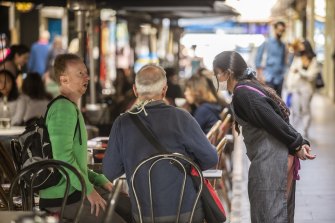 The best test of a person’s character is how they treat those with less power than themselves.Credit:Wayne Taylor

It’s a test I apply in retrospect to my own behaviour, and often don’t pass.

Now here’s a better one for this time of year, number 9: It is good to ask yourself, do I have enough? Do you really need more money, power, prestige or stuff? 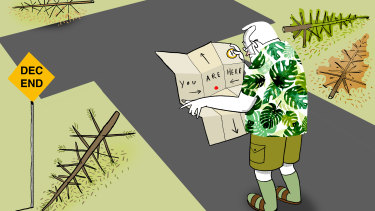 Like many economists always have, in this age of hyper-materialism and vaulting ambition it’s easy to assume more is always better. It often isn’t, particularly when quantity comes at the expense of quality. Nor when we use cost as a measure of quality.

I think the world would be a nicer, less frantic, more generous, less unequal and, above all, more enjoyable place to live if our politicians and business people put more emphasis on making things better rather than bigger. (And by quality I don’t mean striving for an all-Miele kitchen.)

Sometimes I think top executives strive for ever-higher remuneration because they don’t get much satisfaction from the jobs they do. They’d be better off themselves if they put more emphasis on making sure their staff had more satisfying and reasonably paid jobs, and their customers always got value for money.

Which brings us back to work. There is more to life than work, but since work takes up so much of our lives, I think the secret to a better life is to keep wriggling around until you find a job that’s satisfying. And a business full of satisfied workers – from the boss down – should still be one that makes a big profit. That is, big enough.