Oklahoma: it’s flying high and rolling in green as the newly dubbed "Wild West of Weed."

The heavily Republican-concentrated state is gaining notoriety as the new epicenter for the marijuana industry, offering inexpensive licenses and booming medical demand to attract farmers and their families.

Light regulatory framework and the low-cost environment were the convincing factors for Josh Belvins, owner of Twisted Roo dispensary, to move his wife and three children to the Sooner state.

"Let's say we spent $150,000 to really get going, and then today, we've probably got about $3 million invested in everything that we've done," Belvins told FOX Business’ Connell McShane on Thursday. "In Colorado, if we would have done everything we've done here so far, we'd been $10, $20 million at this point."

In Oklahoma, a grower’s license application fee is just $2,500, compared to hundreds of thousands of dollars in recreational states like California and Colorado. 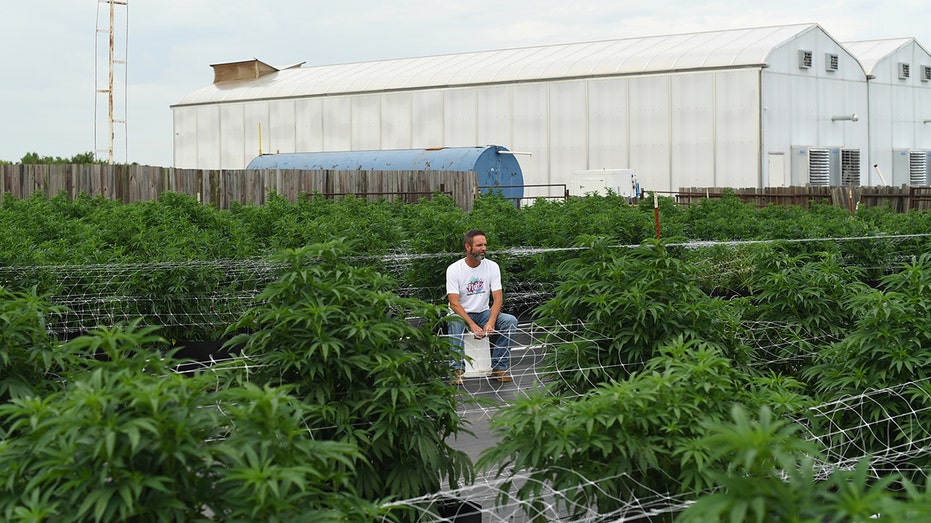 And according to state data, every 1 in 10 Sooners are medical marijuana cardholders as prescribed by a physician.

Belvins has partnered with former bio pharmacist Stanley Mills, who came out of retirement to build his marijuana company, Bison & Rose, in Oklahoma.

"Anybody could get a license, and there was [sic] no limits," Mills also told McShane on "Varney & Co." "It took a long time for the regulatory body to actually tool up to the point where they're at now."

Thus far, the medical marijuana industry has brought the state more than $350 million in excise and sales tax alone.

But the influx of farmers and eager entrepreneurs presents a different challenge for Oklahoma’s government: how to not fall behind on inspections.

Republican Gov. Kevin Stitt signed a two-year moratorium on new applications last month, which is set to begin on August 1 this year.