One hallmark of the recovery from last year’s deep recession has been a surge in women’s employment but during previous lockdowns there has been a drop in the share of women participating in the workforce. 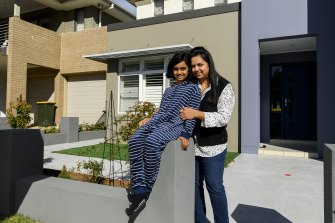 Kamna Mantri says it is a “juggling act” keeping her eight-year-old daughter engaged with her school activities while focusing on her own paid work.Credit:Rhett Wyman

During the initial lockdown at the onset of the pandemic in 2020 the female labour force in NSW shrank by 115,000 between March and May. The male labour force also contracted in that period but not to the same extent. Women’s workforce participation has also declined noticeably during subsequent lockdowns, including Victoria’s fourth shutdown in May-June this year.

ANZ economist Catherine Birch expects women’s workforce participation (the share aged 15 and over in the labour force) to decline in Sydney during the winter shutdown.

“There are two sides to it,” she said. “Female dominated industries tend to be more affected by these lockdowns so they are more likely to lose employment but also when you are doing things like home schooling often it is females that take on the majority of that burden so they may not be able to work as well.”

The number of hours worked by both women and men will also be affected by the city-wide restrictions which include a shutdown of the construction sector.

Research conducted by Melbourne University professor Lyn Craig in May 2020 during the initial COVID-19 lockdowns found women took on much more responsibility for home schooling than men. She anticipates this trend will be repeated during the latest lockdown.

Professor Craig, who is an expert in household time use, said her research showed many mothers felt “overwhelmed” by the challenge of managing children’s online learning, paid work and other household tasks.

“It was hugely stressful for many women,” she said.

Stephanie Maxwell, who works in marketing and has two young daughters, said she has taken on the lion’s share of housework because her husband was the chief executive officer of a technology consultancy and cannot work part-time. He does not have the flexibility to manage home learning during the week.

“He has to be available so the load falls to me for all the home learning, the communication with the school and all the other juggle,” she said. “It does add an extra load.” 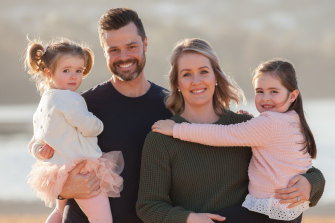 Ms Maxwell, who lives in Hornsby, is home schooling her six-year-old daughter while working from home three and a half days a week.

“In terms of work, I am lucky I have a flexible workplace where I don’t need to be available nine to five if it’s not possible. What that does mean though is that I am doing more work out of hours to catch up, which impacts on work-life balance. I’m finding I don’t have as much time as what I had previously.”

“We know from the 2020 lockdowns that the lion’s share of domestic labour and care for kids, including managing kids’ online learning, has fallen to mothers,” she said. “Last year men did more than they had before, but women’s unpaid work increased more. So the gender gap in unpaid work is even bigger now.

“If it all gets too hard, I would expect to see people taking unpaid leave and potentially dropping out of the labour force.”

Kamna Mantri, an auditor at consultancy firm PWC in Sydney, said it was a “juggling act” helping her eight-year-old daughter stay engaged with school work for six hours while focusing on her own paid work.

“It is not easy,” she said. “Having a routine, day schedule and alarm clocks helps.

“Last lockdown we realised the importance of getting outdoors each day. This time we’ve been trying out recreational activities like kayaking, hiking and biking and I’ve been trying to have a casual 15-minute walk daily.”

But no matter what they do, Mrs Mantri feels guilt about perhaps “not giving 100 per cent” to either her job or her daughter’s home schooling.

Women’s employment in NSW has increased by almost 200,000 since May last year, outstripping growth in male employment during in that period by more than two-to-one.

The female unemployment rate in NSW was 4.3 per cent in June, well below the male rate of 5.7 per cent. In May this year the participation rate for NSW women hit an all-time high of 61.7 per cent.

While Sydney’s winter lockdown is likely to disrupt the recent growth in women’s employment, Ms Birch expects a “solid rebound” in demand for jobs later this year. This has been the pattern after previous pandemic lockdowns as job markets in affected regions have tended to recover strongly and recouped earlier losses.

The Morning Edition newsletter is our guide to the day’s most important and interesting stories, analysis and insights. Sign up here.