Should states file for bankruptcy if they have pension plan difficulties?

FOX Business contributor Ed Rollins says while most states are required to balance their budgets every year, the federal government might have to assist them once coronavirus is over.

U.S. Senate Majority Leader Mitch McConnell on Wednesday opened the door to allowing U.S. states to file for bankruptcy to deal with economic losses stemming from the coronavirus outbreak that are punching big holes in their budgets.

McConnell said in a radio interview that Republicans would not support giving state and local governments more money in future coronavirus aid legislation, saying those funds could end up being used to bail out state pensions.

IS THE ADDITIONAL $484B ENOUGH TO HOLD THE ECONOMY OVER?

Speaking on Hugh Hewitt's syndicated conservative talk radio show, McConnell said he instead "would certainly be in favor of allowing states to use the bankruptcy route."

"Almost hoping for bankruptcy of American states amid the biggest healthcare crisis this country has faced is utterly irresponsible," New Jersey Governor Phil Murphy said at a press conference.

PENCE COMMENDS GOVERNORS ON SCALING TESTING IN THEIR STATES

A spokeswoman for Illinois Governor J.B. Pritzker said "every state is facing budget shortfalls and we need partners in Congress who will work with us on real solutions, instead of using this crisis to propose an ideological Hail Mary." 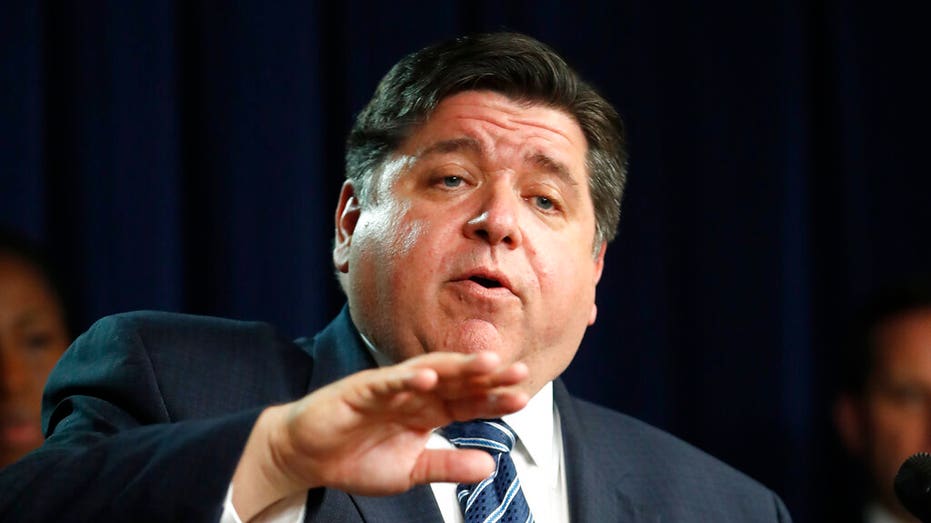 Illinois Gov. J.B. Pritzker responds to a question after announcing that three more people have died in the state from from Covid-19 virus, two Illinois residents and one woman visiting from Florida, during a news conference Thursday, March 19, 2020,

Currently, states cannot file for bankruptcy, while cities and other local governments can use Chapter 9 municipal bankruptcy to restructure their debt if allowed by their states. Puerto Rico, a U.S. commonwealth, commenced a form of municipal bankruptcy in 2017 after the U.S. Congress authorized it.

The IShares National Muni Bond Exchange Traded Fund traded lower after the news, but there was no immediate reaction in the $3.8 trillion U.S. municipal market, where states, cities and other issuers sell debt.

Muni market analysts played down McConnell's comments as political posturing. Matt Fabian, a partner at Municipal Market Analytics, said he doubted whether such a move was constitutionally or politically possible.

"The whole point is a red herring," he said. "(McConnell's) statement is more about how Republicans are going to require concessions from Democrats if Democrats want states to get additional aid."

Hugh McGuirk, who heads just under $30 billion in munis at T. Rowe Price, said bankruptcy should be an absolutely last resort for any government.

"I think, bankruptcy or not, that ultimately investors want a stable governmental entity providing the necessary services for its citizens," he said.

In a letter to Congressional leaders, the National Governors Association on Tuesday reiterated its call for an additional $500 billion to replace revenue lost by the states. The $2.3 trillion federal CARES Act allocated $150 billion to states and local governments exclusively to cover virus-related expenses.

With social distancing and stay-at-home orders in place around the nation aimed at slowing the virus' spread, nonessential businesses and services have shuttered, leading to skyrocketing unemployment and lower consumer spending. As a result, cities and states are starting to project deep revenue losses, particularly for big money generators like income and sales taxes.

Federal money for pensions came up in a letter the Democratic head of the Illinois state Senate sent to the state's Congressional delegation in Washington last week.

Don Harmon asked for more than $40 billion in federal aid for Illinois over the current and next two fiscal years, including $10 billion in cash or through a low-interest federal loan for the state's underfunded employee pensions.

Illinois is the lowest-rated U.S. state, at a notch above junk, due to its huge unfunded pension liability and chronic structural budget deficits