The U.S. Marshals Service is the country’s oldest law enforcement agency, founded through the Judiciary Act of 1789. By contrast, the Federal Bureau of Investigation was not founded until 1908. The U.S. Marshals Service is part of the U.S. Department of Justice and operates under the supervision of the U.S. Attorney General. Its 15 Most Wanted Fugitives program was established in 1983 and is relatively similar to the FBI Ten Most Wanted Fugitives, both in terms of the levels of crime committed by the people on each list, and the prominence each agency gives the lists with the public.

The 15 Most Wanted Fugitives program includes murders, members of organized crime, sex offenders, drug dealers and financial criminals. The U.S. Marshals Service distributes posters that hang in some federal buildings and post offices under the heading “The Hunt Is On.” Notably, if one of the 15 is killed or captured, he or she is not taken off the list until a replacement is named. Due to a lack of replacements, the current list stands at 12. 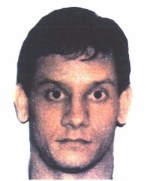 Source: U.S. Marshals Service1. Raymond Abbott-Baerga was added on April 18, 2000. He escaped from a maximum-security facility in Puerto Rico as he was waiting to be sentenced on federal firearms violations. He was accused of smuggling and selling weapons. Abbott-Baerga pled guilty to weapons smuggling in April 1992 and escaped on July 3, 1992. He was born April 7, 1961, in Miami, Florida. 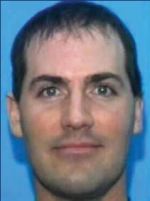 Source: U.S. Marshals Service2. David Bonness joined the list on July 25, 2016. He is charged with two counts of criminal pedophilia, seven counts of second-degree rape, three counts of third-degree rape, four counts of fourth-degree rape and sexual contact with a child under 16. The crimes are alleged to have committed in Pennington County, South Dakota, and a warrant was issued in January 2009.

Source: U.S. Marshals Service3. Anthony Seth Burroughs was added on September 2, 2016. He allegedly shot and killed a 19-year-old man at a house party in Tucson on April 30, 2000. He may have fled to the Philippines. A reward of up to $25,000 is being offered for information that leads to his arrest. 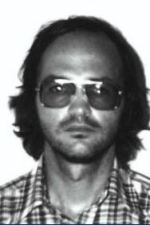 Source: U.S. Marshals Service4. Larry Porter Chism has been on the list since 1988. He is wanted for an escape from the Lonoke County Jail in Arkansas in December 1978. He was serving a 40-year sentence for an armed robbery and narcotics convictions and another 30-year sentence for kidnapping and highjacking an airplane. He also shot a prison guard.

Source: U.S. Marshals Service5. David Benjamin Creamer was added on April 14, 2000. He has been charged with distribution of child pornography, transportation of obscene materials, firearms violations, money laundering and income tax evasion. He was charged with 23 counts of criminal activity in June 1997.

Source: U.S. Marshals Service6. Lester Eubanks was added on December 7, 2018. He was convicted in 1966 for the murder of a 14-year-old girl from Mansfield, Ohio. His death sentence was commuted to life in prison. He was temporarily released to do Christmas shopping with other inmates in December 1973. There is a reward of $50,000 for information that leads to his capture. Eubanks is 75.

Source: U.S. Marshals Service7. Jeffrey Winston Forrest was captured on May 9, 2020. In 2015, he was charged with sexually assaulting four victims. He was arrested for two counts of aggravated sexual assault of a child on April 2, 2015. He did not appear at his trial on Aug. 29, 2016. 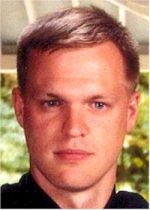 Source: U.S. Marshals Service8. Daniel William Hiers Jr. joined the list on June 27, 2005. A former police officer, he was charged with first-degree criminal sexual conduct with a minor for an incident in Charleston, South Carolina. He was scheduled to appear on March 15, 2005. When he failed to appear, a search revealed he had allegedly killed his 24-year-old wife. A warrant was issued for the murder charge on March 31, 2005. 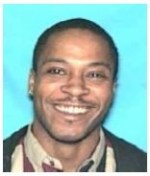 Source: U.S. Marshals Service9. Robert Lee King was added May 29, 2009. He is wanted in Tennessee for first-degree murder and criminal attempt first-degree murder charges. He allegedly murdered his girlfriend and attempted to murder her 20-year-old daughter, Diana, on Dec. 1, 2005. There is a $25,000 reward for information leading to his arrest. 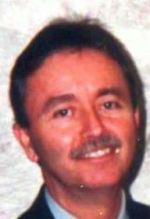 Source: U.S. Marshals Service11. John Ruffo was added on August 24, 2020. He was convicted of crimes involving a $350 million bank fraud program in the late 1990s and sentenced to 17.5 years in prison. Ruffo was released on a $10 million bond. He was to report to a federal prison in New Jersey on Nov. 9, 1998. It is believed he may have left the United States.

Source: U.S. Marshals Service12. Jory Worthen has been captured. He was wanted for two homicides that occurred in Camden, Arkansas, in 2019. He is accused of murdering his girlfriend and her four-year-old son. He was captured in Burbank, California.