The property market could cool rapidly in 2021, according to forecasters, as the stamp duty holiday ends and unemployment rises.

Mortgage lender Halifax is expecting a fall in house prices of between 2% and 5% next year, after a 7.6% rise over the past 12 months fuelled partly by a post-lockdown surge in sales.

The Office for Budget Responsibility, the Treasury’s independent forecaster, is more pessimistic, predicting an 8% fall in prices in 2021.

The most bullish forecast is from property listings website Rightmove, which anticipates prices rising by 4% in 2021. But researchers at Savills are anticipating the market will be flat across all parts of the UK next year, before accelerating again in 2022.

Most other forecasters, including Zoopla, Knight Frank and Chestertons, are suggesting average prices will rise by 1% to 1.5%, signalling a major slowdown compared with 2020.

Pent-up demand after the first national lockdown in March, plus the temporary stamp duty holiday that began in June, spurred a market recovery that took many observers aback. By September, the market was steaming ahead at the fastest pace since 2016. 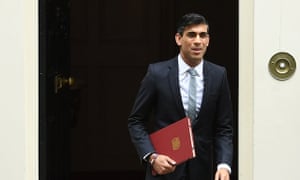 Rightmove says there is a logjam of 650,000 properties currently changing hands, which is expected to keep the market busy in the first quarter of next year.

Separate stamp duty breaks in Scotland and Wales were less generous, cutting the tax on sales of up to £250,000. But they are also set to finish at the end of March, and many expect the market to sag soon after the deadlines expire.

“Once the SDLT holiday concludes at the end of March, we anticipate a slowdown in sales completions as the impetus to move among buyers motivated by stamp duty savings dissipates,” said Richard Donnell of the listings website Zoopla. He anticipates transactions to run 20-30% below normal levels once the stamp duty bonus falls away, leaving prices at the end of the year just 1% higher than the start.

Property firm Knight Frank takes a similar view, and expects house price inflation to remain relatively subdued over the next few years, pencilling in gains of 1% in 2021 and 3% in 2022. 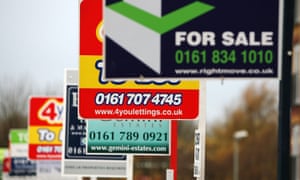 Savills reckons that price rises will come to a halt next year, and only rise 1% in the London area during 2022. “We do expect the economic effects of the pandemic to weigh more heavily on the housing market next year,” said Lucian Cook, the head of residential research at Savills.

He anticipates the bounceback will be strongest in the north-west of England. Price rises could accelerate to 6% in 2022, then 8% the year after. Savills’ five-year forecasts puts the north-west at the top of the table with a possible 27.3% gain, with London at the bottom with a 12.7% gain.

Chestertons, a large London estate agency, reckons that prices will struggle in the capital next year.

Nick Barnes, the head of research at the agency, said: “Assuming no further major systemic shocks, we anticipate that the brunt of Covid’s impact on employment will be felt by the mainstream market and we forecast that after an exceptional year of growth in 2020, prices growth across the UK will slow to 1.5%. Greater London prices have risen less but are likely to fall more, and we expect them to drop by 2% by the end of the year.” 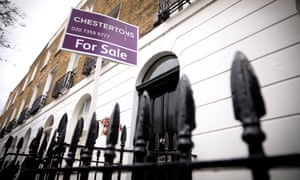 Halifax’s managing director, Russell Galley, said the unprecedented government support for workers had supported prices in 2020, but rising unemployment would be a factor in falling demand for homes.

However, he noted that the fall the bank predicts would only partially reverse the almost £18,000 increase in average prices recorded over the past 12 months.

“The key long-term issue for the housing market remains the inequality between generations and across the income spectrum, and specifically the ability of the young and lower-paid to access good quality housing that meets their needs,” he said. “The impact on the economy of Covid will therefore only increase the need to prioritise improved housing availability and affordability.”

A prominent feature of the UK property market is its ability to blindside those who expect a price crash. This time last year, the forecasters were largely anticipating a subdued 2020, with the “Boris bounce” wearing thin.

No one, of course, anticipated the pandemic and the consequent collapse in economic output, and if they had, they would surely not have predicted big price gains over the year.

The uncertainty in the economy is now so great that the Royal Institution of Chartered Surveyors said it could not with any confidence issue a house price forecast.

Christian Cubitt of Rics said: “If 2020 has taught us anything it’s ‘don’t make predictions!’ The impact of the Covid-19 pandemic has led to unprecedented changes in the residential property market – from a record slump during the first lockdown to turbocharged sales in late summer onwards. The only certainty we have going into 2021 is more uncertainty, driven by four significant factors.”

Those factors are the rollout of the vaccine, Brexit, government actions and consumers.

Of the last, Cubitt said: “The past year will have caused many to reappraise what they want from their home. Proximity to an office in a city or town centre, so often the driving factor for many consumers, has been replaced by a desire for open space and gardens.”

He added: “Early answers to these questions mean that by Easter we may be able to better predict how the market will shape up for the rest of 2021. But I wouldn’t bet the house on it.”

Forecasts for UK house prices in 2021