Men and women in the UK will have to wait until they are 66 to draw their state pension from Tuesday, after a decade of increases in the qualifying age for the benefit.

Ten years ago, women could claim their state pension at 60 while men qualified at 65, but changes in recent years have brought both qualifying ages in line, and phased in increases for both sexes.

The phased increase meant that someone born on 5 October 1954 reached state pension age on 6 September this year, while someone born a day later waited another month to qualify.

The state payment is worth up to £175.20 and is paid to anyone who has made at least 10 years’ worth of national insurance contributions during their working lifetime.

The moves reflect growing life expectancy – when the first old age pension was introduced in the UK in 1908 it did not start paying out until the age of 70. Life expectancy at birth was 40 years for men and 43 for women, and only 24% of people reached state pension age. Those who did would typically claim it for nine years.

By 2017, 85% of people were reaching the state pension age and the typical life expectancy for those who did was another 24 years.

However, the former pensions minister Ros Altmann said the system failed to take into account the big differences in life expectancy between people from different regions, occupations and social groups.

“The most disadvantaged members of society tend to have the poorest health. Many had hard manual working lives, which has taken its toll on their health. Therefore, using average life expectancy particularly disadvantages such workers, even if they have worked for 50 years or more,” she said.

“There has long been a strong case for considering a more flexible age range for starting state pension payments, and the pandemic has made this case even stronger. It could help many women and many who are seriously ill or need to care for loved ones, and I do hope the government will give this urgent consideration.” 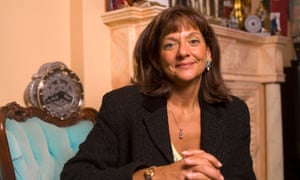 A Department for Work and Pensions spokesperson said the government had committed in legislation to undertake a review of the state pension age every six years to ensure that the system protected pensioners and was affordable, sustainable and fair.

The spokesperson added: “Allowing early access to the state pension on a reduced basis could risk leaving people with an inadequate pension, while a universal state pension age provides simplicity and clarity, which helps people plan for their retirement.”

A further phased move to the age of 67 means anyone born on or after 6 April 1960 will have to wait after they are 66 to claim. 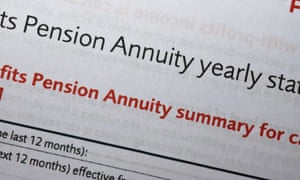 • You can retire earlier, but you will need to have another source of income to live off – perhaps a private pension, which you can draw on from the age of 55. Or you can keep working – employers are no longer able to force people to finish work just because they have reached the state retirement age.

• The maximum state pension payment is £175.20 a week, but how much you are entitled to will depend on how long you have made national insurance contributions for. You will need at least 10 years’ worth of contributions to qualify for any state pension.

• More increases in the retirement age are planned. The government plans to move the age to 67 gradually between 2026 and 2028; a further rise to 68 is due to be phased in between 2044 and 2046. There are plans to bring this forward to between 2037 and 2039, but they have not been put into law. If that happens, those born between 1970 and 1978 will have to wait another year to claim their pension. You can find out your retirement age here.

• When you reach state pension age, you will need to make a claim to get a payment. You should get a letter with the details of how to do this, but you can start the process yourself when you have four months or fewer to go. You can find details online.

• Your first payment will be made within five weeks of you reaching the state pension age; after that, you will be paid every four weeks rather than monthly.

• Which day of the week is “pension day” for you depends on the last two digits of your national insurance number. If the numbers are 00-19, you will be paid on Monday, if it’s 20-39 it will be Tuesday, and so on.

• You can find out when your state pension will be due using the calculator on the government website.