No event since the Second World War has been quite as destructive as the global pandemic. There have been 6.9 million reported deaths from COVID-19.

As to the economic cost, that too has been off the scale. In the UK alone, economic output shrunk 11 per cent; the cost to the public purse of the Government’s various support packages was £376 billion ($639 billion), adding around 15 per cent to the national debt. 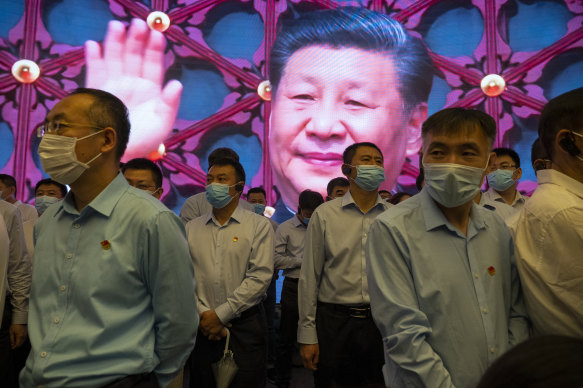 A lack of cooperation from China with regards to COVID has added the global economic cost. Credit:Getty

Despite the size of the damage, we still don’t know its origins.

In large measure, that’s down to lack of cooperation from China, the epicentre of the initial outbreak. Beijing should not be surprised that relations with the West have sunk so low. The deterioration is not just about ideological differences, divergent forms of governance, and superpower rivalry; it is also to do with responsibility for countless lives lost and blighted, and for the lasting economic misery that COVIDs has inflicted on the West.

Beijing has therefore leapt on last week’s Lancet Commission report on lessons for the future from Covid, for it includes the astonishing suggestion – not new to Chinese narratives, but largely discounted in the West – that the virus may not have come from China at all, but a US laboratory.

That this theory was given any airtime at all in the report seems to have been largely down to the influence of the Commission’s chairman, Jeffrey Sachs, a respected US economist who has said in the past that he is “pretty convinced” that the virus “came out of a US lab of biotechnology, not out of nature”.

The evidence for this claim is slim at best, and substantially based on the fact that there has been no independent, transparent, and science-based investigation in either China or the US of the bioengineering of SARS-like viruses that had been going on prior to the outbreak.

“The laboratory notebooks, databases, email records, and samples of institutions involved in such research have not been made available to independent researchers,” the report says.

No wonder Beijing is dancing a little jig. The commission also seeks to exonerate China from blame for the slow response to the disease, insisting that there is currently no evidence that Beijing knew of the outbreak in Wuhan until late December 2019.

This does not chime with Western intelligence reports, which suggest that China knew it had a highly contagious and relatively lethal new virus on its hands by the late autumn, but did nothing to discourage international travel to and from Wuhan, where the disease first surfaced. 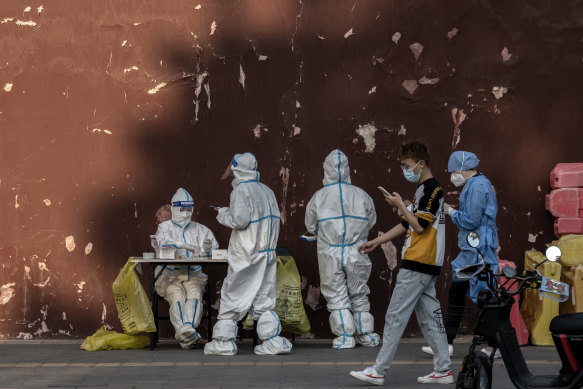 Wuhan was placed under quarantine on January 23, 2020, and two days later the entire Hubei province was locked down. In the last week of January, domestic flights from Hubei to other parts of China were stopped. Yet Beijing resisted any curbs on international travel, and strongly urged carriers to maintain their schedules.

This policy was fully supported by the World Health Organisation.

Whatever the origins of the disease, the allegation is that the Chinese authorities put people on planes and spread the disease around the world knowing of the infection’s highly contagious and lethal nature. We are unlikely ever to find out what happened. If the disease came from a Wuhan lab, then all traces of the connection will by now have been destroyed. That would also be the case in the unlikely event that the virus came from a US lab. Neither power is ever going to admit culpability.

Nonetheless, it has put rocket boosters on what had previously been already fast deteriorating relations.

Thanks to its hard-line, zero-Covid policies, China initially seemed to sail through the crisis, compounding suspicions that the whole thing was being manipulated to enhance China’s own standing in the world.

The Chinese propaganda machine must not be allowed to dictate the narrative on Covid. Only with full disclosure can we properly learn the lessons.

But now the boot is on the other foot. Vaccine superiority has allowed the West to escape the imprisonment of lockdown, while China has remained stranded in the limbo of zero-Covid.

Covid has been a watershed moment for Western relations with China. Prior to Covid, there was a tendency to excuse, or even cover up, China’s bad behaviours on the grounds that such a large population and ancient culture had every right to economic and geopolitical advancement, and should therefore be cut some slack by the West. It is understandable that high officials, in the interests of diplomacy, should not wish to give offence, but the truth has to be faced.

The Chinese propaganda machine must not be allowed to dictate the narrative on Covid. Only with full disclosure can we properly learn the lessons.

Sadly, this seems as far away as ever.