Covid-19 threatens to exacerbate racial disparities at Oxford and Cambridge for years to come, according to the organisation charged by both universities with encouraging black students to apply to them.

Naomi Kellman, founder of Target Oxbridge, which has helped 70 such students obtain offers for the coming academic year, warns that far from being a “great leveller” it is “clear that the virus is in fact reinforcing existing inequalities”.

This academic year there were more than 200 black undergraduates studying at Cambridge – an all-time high. At Oxford, the proportion of black students admitted rose from 2.6% in 2018 to 3.1% last year.

Last week’s vote by Oriel College, Oxford, to remove the statue of Cecil Rhodes, the imperialist who supported apartheid-style measures in southern Africa, was seen as another step forwards by equality campaigners.

But concerns have been raised that the predicted grades system – introduced to replace this summer’s Covid-hit GCSE and A-level exams – will impact negatively on black students. Exam watchdog Ofqual has asked schools to provide the grades they think students were most likely to achieve, along with evidence such as classwork and mock results. 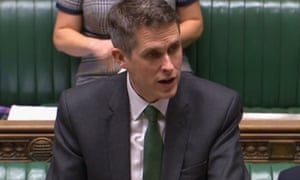 Kellman said evidence confirms that each year teachers underpredict the A-level grades of several thousand high-achieving, low-income students. Around 20% of black students are on free school meals, compared with 11% of white students, suggesting they are more likely to be disproportionately affected by this bias.

Ofqual has also asked teachers to rank students for each subject. But Kellman said “too often, bias results in lower expectations for white working class and ethnic minority students, raising the possibility that these groups will fare less well in the prediction and ranking process than others.”

Lower A-level grades will have an impact on students attempting to secure university places this autumn. But it is also feared that lower-than-hoped for GCSE grades may deter less privileged pupils aiming for a place at a leading university.

Bobby Mugo, a student who completed the Target Oxbridge programme, outperformed his GCSE predictions, obtaining an A* in English instead of the C he was predicted. He went on to secure a place at Cambridge but questions whether this would have been possible this year.

“I probably wouldn’t be at Cambridge if I had to go through this process now,” he said. “I think it’s quite common for black students to be under predicted, and talking to other black Cambridge students, it seems like something that happens quite often.”

In April, the Runnymede Trust, the race relations think tank, wrote an open letter to the education secretary, Gavin Williamson, questioning what checks and balances were in place to ensure pupils were treated equally this year.

In response Williamson said: “It is important to recognise that the system we are operating this summer operates very differently from the way predicted grades are awarded for applications to higher education and other purposes.”

Kellman said Oxbridge colleges also had a part to play, not just with the current round of applicants, but for those some years off applying. She urged the colleges to consider students’ backgrounds and show greater flexibility on missed grades. “Now is the time to double down and make sure we are looking at the context in which people achieve their grades. We must not think that this was just a moment in time and it’s all OK now,” she said.

“The reality is that for the next four to five years, anybody working in recruitment, whether that is university admissions or graduate recruitment, needs to pay very close attention to contextual information so that students from not-as-privileged backgrounds aren’t disadvantaged by any disparities that emerge.”

A spokesman for the Department for Education said Ofqual had issued extensive guidance to schools and colleges and “was making every effort to ensure that the process does not disadvantage any particular group of students”.