After the government’s U-turn over the full reopening of schools before September in England, parents remain divided about whether to send their children back. The Guardian spoke to some parents about their decision.

‘Obviously there is a worry, but he wants to go’

My son is supposed to be sitting his A-levels next year. I’ve got a friend whose son is at private school, and our children don’t get nearly the same experience. There are subject areas where we haven’t really heard anything from the teachers, and work is being submitted with no feedback. My son is worried about it, he tells me there are some subjects where he just Googles the answer.

I’m worried about the impact on his education, but we are at high-risk for coronavirus – our family is Asian/Pakistani, and my partner is shielding. We’ve decided my son is going back to school for one day a week, which is what the school have offered. Obviously there is a worry, but he wants to go, and I don’t feel I can say no to that.
Sarah (not her real name), 50, London 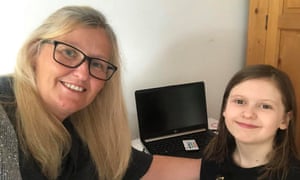 ‘The government is playing Russian roulette with our children’

My 14-year-old child is a Send student (special educational needs and disabilities) and she’s really happy at home. I know this isn’t the case for everyone, but lots of children are really flourishing, particularly Send pupils who are in mainstream schools.

My daughter attends a special school that is fantastic for autism. They have far fewer children but their needs are very different. Those children can be impulsive, they may need physical contact, and not be able to socially distance.

Everywhere else has social distancing measures, but you just can’t do that at school. Children will naturally gravitate together and I know as a teacher myself that after months off the first thing they want to do is hug you.

I’m certainly not in a rush for my child to go back. While schools have been brilliant, I feel dismayed that this government is willing to play Russian roulette with our children and school staff. It feels like children are pawns in this game.
Susan Wright, 45, north-west England

‘At first staying home was a novelty, but now we can see there’s a withdrawal’

There’s been very little direct contact with the school. There’s no sense that our daughter’s work is being marked, and she’s not getting any feedback, so it’s becoming really difficult to stay motivated. We try our best, but with our jobs we can’t dedicate the time to her education that we’d like.

At first it was a novelty, like a summer holiday, but now we can see there’s a withdrawal. She’s our only child, so there isn’t even that sibling contact, and that’s really difficult. She’s in touch with her close mates, but she’s missing out on the wider, social importance of being with other children on a day-to-day basis.

We can see the damage that not going to school is having far more clearly than the perceived damage of the virus.
Gary Jones, 43, Birmingham 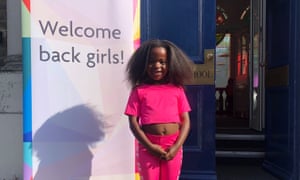 My daughter is in year 1, and is too young to operate her iPad alone, for things like Microsoft Teams classes. I have an extremely busy work schedule, and it was totally impossible for me to do work and home-guided learning. The isolation and lack of interaction with other children was also extremely important to me. She’s five years old and an only child, so she needs and wanted to be in a school setting with her friends. As soon as the opportunity to resend her was available, I grabbed it with both hands.

After about a week she told me she didn’t want to go to school because it wasn’t the same. She didn’t have her usual class teacher, she wasn’t in the same group as before, or in the same physical space, and didn’t have access to the same facilities. Some of her closer friends were in the other bubble. But a day later, when I picked her up, she was bouncing and skipping again. Teaching is a profession, and it’s not possible to imitate that. I found it absolutely gruelling, start to finish. For so many of us, the choice is just not there.
Yvonne Ndege, 41, London

I have one daughter who is adopted, and foster three girls. They’re studying for A-levels and GCSEs, and one is transitioning to high school, but no one is telling me what to do. We had to ask school for laptops because the ones we had at home weren’t set up for home learning, but they only gave us one, so all four kids have to share.

I’m really worried about the educational impact. Two of them have educational care plans, but that’s all been put on hold because they’re working remotely. Because they’re fostered, we were told the girls had to go to school throughout lockdown, but when they went in, they were told that if they had internet access at home, it was safer for them there. The government say they want the older girls to have some face-to-face teaching before the end of term, but we haven’t been told anything.

As for my daughter, I’m not going to send her back. She came to me when she was young, but I don’t have her medical history for the years before she was with me. Kids need structure, so we’ve been doing our own curriculums as well as school work. They’re cooking, sewing, and getting to know themselves. We’ve been doing a lot of black history because the girls are from Africa, and building emotional intelligence during this time instead.
Esi, 52, London 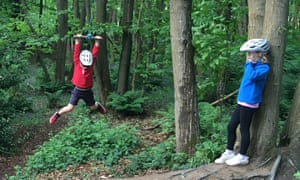 ‘I was worried about the risks, but I’m so glad I sent them back’

My husband and I are key workers, so we had a place at school, but we were worried about sending them back. When I started a new job in late March, I really needed total headspace, and my colleagues encouraged me to take up a place. There were very few children in, my two kids, who are seven and nine, doubled the figures, and the headteacher told me about the provisions they had put in place to keep them safe, so I decided to send them in. When I picked them up on their first day, they were beaming, and told me it was way better than ‘mummy school’. I didn’t realise they needed to go back to school as much as they obviously did.

Now other year groups have come back, they’re split into pods, sorted roughly by age, and my kids seem to be loving it. They have adjusted easily to new routines like a “soap train” for handwashing, and loved the sense of ownership of having their own dedicated desk and earphones.

A lot of my mum friends say they’ve been discouraged from sending kids in to keep them safe, but I’m encouraging them to do it.
Lesley Jay, 48, Sussex