Tens of thousands of frantic school-leavers are still waiting to hear if they will be accepted at the university of their choice after receiving better A-level grades this week. But vice-chancellors are warning that taking large numbers of extra undergraduates would put students, staff and local communities at risk from coronavirus.

Elite universities are racing to revise their social distancing plans, after the government U-turn led to 160,000 students having their A-level grades marked up. Some Russell Group universities say they took tens of thousands of calls in just two days this week, as students begged to be reconsidered for offers they had missed last Thursday.

Ucas has confirmed that about 15,000 students rejected by their first-choice university last week now have the grades they need. The vast majority of these had chosen the most prestigious universities, which could be under most pressure to expand this year.

Despite extra government funding for high-cost subjects, university chiefs are warning that ramping up numbers could be unsafe, and the capacity of lab-based subjects will be hardest to increase at short notice. Most institutions are nervous about publicly saying they cannot take more students, in case the government tries to blame them for the chaos.

The head of one leading university says: “We were already full and already worried about managing social distancing before the U-turn. Right now we have no clue how many more students will want to come, but our worst-case scenario is having to accept thousands extra.”

Prof Colin Riordan, vice-chancellor of Cardiff University, says: “We can’t use all our buildings and rooms to full capacity. We are going to have to be pragmatic. The health and safety of our students and staff has to be uppermost in our minds.”

The Independent Sage committee will publish a report on Covid and universities on Friday, which is expected to say that universities should be focusing on improving online learning rather than trying to get students back on campus.

Vice-chancellors say organising “blended learning” within government guidelines, with lectures online but lab sessions and small seminars or workshops taught face-to-face, was challenging enough for the numbers they had been expecting before the A-levels fiasco. Some are now considering asking staff to work overtime to fit in more small-class teaching. But they admit the biggest headache may be getting students to obey distancing rules outside the classroom.

One elite university head said they had already uncovered plans for a big student party, which will be closed down. Students at Cardiff University will be expected to sign up to a new behaviour pledge and other universities are planning new Covid clauses in their student contract, which will allow them to deter antisocial behaviour on and off campus, such as house parties.

The vice-chancellor of another Russell Group university, which the registrar is insisting cannot safely take more students, says: “Students have been cooped up with parents. They are going to want to let their hair down and who can blame them? But we are looking at disciplinary procedures if they do things that could damage the health of the community.”

Some universities, including Warwick, Sheffield, Cardiff and York, have confirmed students must wear masks in campus buildings, and at Southampton University students will have to wear them in their student kitchens too. 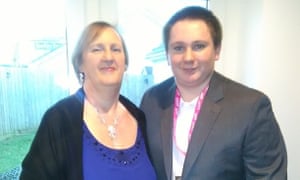 Some leading institutions, including UCL, the University of York, the University of Southampton, and Queen Mary University of London, have confirmed they will accept all students who have met their offer grades, except in subjects with strict caps such as medicine. However, in many cases elite universities are planning to offer deferred places.

Southampton has built four new teaching buildings to help with distancing, but Kieron Broadhead, the university’s executive director of student experience, says: “In a Covid-19 world the safety of our student and staff population is key, so this means that for some courses that offer will have to be for next year.”

Russell Group universities say they have had legal advice suggesting that although an offer of a place is a legally binding contract, deferring it to next year should be acceptable. Nonetheless some remain anxious about the possibility of legal challenges from students.

Sandy Lawrence, from Newquay in Cornwall, is furious that her 18-year-old son, James, has been deprived of his first-choice place. Despite achieving a starred distinction in his triple-science BTec he had not met his offer to study biosciences at Durham University because his biology A-level had been downgraded from a B to a D. Durham has now said there is unlikely to be a place until next year.

She says: “We’d bought champagne and we should have been celebrating his triple-starred distinction, but he was devastated.”

After spending results day trying to phone other Russell Group universities, James was offered a place at the University of Bristol. But his mum says: “He had set his heart on Durham. He’d even started making friends with other students on Zoom.”

How will the A-level U-turn affect UK university admissions?

At Cardiff, Riordan has sympathy for this year’s school-leavers, but is determined not to take more students than he thinks safe.

The university was about to close its admissions call centre when the U-turn was announced. “We were suddenly inundated with frantic calls,” he says. “It is not the applicants’ fault they have met the conditions a lot later, but on some courses there won’t be much we can do. There will have to be compromises such as offering deferred places for next year.”

Riordan is unapologetic about the need for student life to be very different from before to control the spread of coronavirus. “Many young students may feel they won’t be particularly affected if they get it, but we need to get across the burden this places on the health service, and the risk to others in the community who are vulnerable.”

Cardiff, he adds, will be “absolutely clear” about the rules all students will be expected to follow. “We can watch out for parties in student houses and be clear that is not allowed, and we will respond to complaints and calls about behaviour. Mostly there has to be a lot of communication,” he says.

Mike Merrifield, professor of astronomy at the University of Nottingham, says his department put in a “huge amount of work” calculating how many physics students they could safely take, with many extra lab sessions to keep them small.

“We’ll take about 200 students, but maybe 10 or 15 more might now meet the requirements. Even that number would break the system as we’ve already pushed things such a long way,” he says. 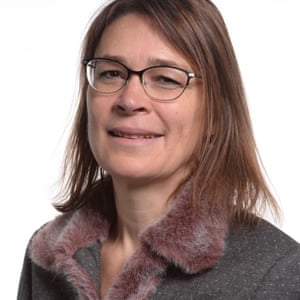 Levi Pay, a former director of student services who advises universities on the student experience, agrees. “Space on campus was already squeezed to within an inch of its life. Universities are planning on spaces holding 20-50% of their previous capacity. Increasing numbers by a few thousand would create a lot of pressure.”

Universities are also braced for local lockdowns. In Birmingham, which could soon be on a “watchlist for intervention” after a significant rise in cases, Aston University says it is working closely with the city’s director of public health.

Saskia Hansen, Aston’s deputy vice-chancellor, says although they will be running labs and intensive teaching sessions on campus, there will be a parallel online-only option for students who are shielding or who can’t get flights from abroad. This makes switching everybody online in the event of lockdown much easier.

Aston is considering which areas it can expand while still keeping students safe. But Hansen adds: “We will be doing everything we can to contribute to Birmingham hopefully not getting new problems with Covid. We recognise the risks of asymptomatic younger people inadvertently spreading Covid into the wider community.”