New York (CNN Business)Stocks have been on an amazing ride over the past few months despite a torrent of bad news about the global economy. The optimism on Wall Street comes as polls show presumptive Democratic nominee Joe Biden has a growing head-to-head national lead over President Donald Trump.

It’s a bit curious. The conventional wisdom on Wall Street is that the market likes when a Republican is in power. And Trump has enacted several investor-friendly policies, such as tax cuts and the rolling back of some federal regulations on health care and the banking sectors.
The market had been moving practically in lockstep with the general election polls — until recently.

“That relationship has broken down a bit in early June, with Trump’s chances (according to the betting markets) falling and the S&P 500 surging,” wrote RBC strategist Lori Calvasina in a report Monday. 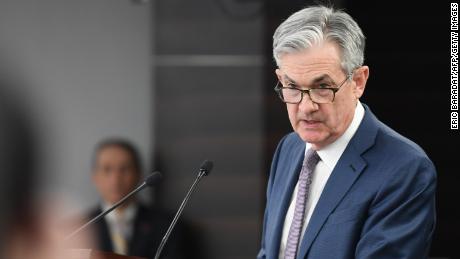 Even though Biden is leading in many polls, the Nasdaq hit an all-time high above 10,000 Tuesday and the S&P 500’s relentless rally since March pushed it back into positive territory for the year on Monday for the first tine since February.

The recent market rebound should be a good sign for Trump’s reelection chances. But Calvasina pointed out that “the stock market has decoupled from Trump.”

The stock market is not the economy. Investors are bullish even as millions of Americans have lost their jobs as a result of Covid-19 related shutdowns.
That fact could hurt Trump, as could the growing level of racial and social unrest in the country — something that investors have largely ignored but that voters may not.
Nonetheless, the fact that Trump is lagging Biden even as stocks rally is noteworthy.
The stock market did quite well when Democrats Bill Clinton and Barack Obama were in the White House. So the notion that Wall Street can’t thrive with a Democratic president is flat out wrong.
Still, what Wall Street typically loves best is that when there is a fairly even power split among the two parties in Washington. Investors tend to like gridlock.
That’s the case now, as Democrats have control of the House while the Republicans hold a slim majority in the Senate.
But some experts are starting to bet the Democrats could win a clean sweep in November. According to a recent report from Goldman Sachs, prediction markets are pricing in a slight probability that the Senate will go blue. 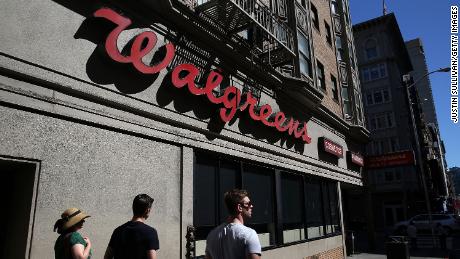 So why are stocks rallying even as Trump’s reelection campaign has seemingly hit a speed bump and may threaten the chances for Republicans in the Senate to stay in power?
Calvasina said in her report that there could be several factors at play.
She said that “perhaps the stock market no longer views Trump as necessary for continued gains.”

A Biden presidency may not hurt corporate earnings

That may especially be the case since the more moderate Biden is not expected to propose any policies that would be as disruptive to big businesses as a progressive candidate like Elizabeth Warren or Bernie Sanders might have done.
Calvasina suggested that investors are “taking comfort” from the idea that another centrist like Kamala Harris could be Biden’s choice for vice president as opposed to a more liberal running mate.
Then again, the market may not be signaling that it expects a Democratic victory after all.
The surprise monthly jobs gain and dip in the unemployment rate reported last Friday could be an indication that the recession. which officially started in February, may already be almost over.
Keep in mind that the election is still about five months away — and if the economy continues to rebound, that is undoubtedly something Trump will take credit for on the campaign trail.

“Perhaps [Wall Street] thinks the improving economic data will give Trump the momentum again,” Calvasina said. “The market could be anticipating a shift in Trump’s chances.”
Although the last two incumbents to lose reelection bids — Jimmy Carter and George H.W. Bush — were derailed by the economy, Trump may benefit from an economic tailwind come November.
Source: Read Full Article