One of Australia’s leading crypto fund managers has predicted a ‘flood’ of investment into the sector from super funds and financial advisers, but only if more work is done to educate investors and better regulate the nascent asset class.

Jeff Yew, the chief executive of Monochrome Asset Management and former local head of global cryptocurrency exchange Binance, told The Age and The Sydney Morning Herald he believed it is only a matter of time before the country’s multi-trillion-dollar superannuation and financial advice sector begin investing in crypto-assets such as Bitcoin and Ethereum.

“It’s inevitable. Thirty years ago, portfolio managers would have had high-yield bonds because they’re risky, but now they’re a staple in most diversified asset portfolios. If you extrapolate that to the rise of Bitcoin … you can easily see it becoming more of a reality each day.” 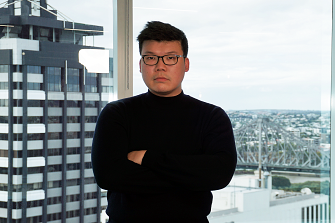 “There is a big floodgate that’s about to break,” he said. “And we can hold off that flood for as long as possible but sooner or later it will come.”

Bitcoin, Ethereum and other digital assets have exploded in popularity over the past 18 months, thanks in part to the COVID-19 pandemic and associated government stimulus programs drawing many younger investors into the space.

Institutions and other major investors are also paying more attention to the once-derided industry, attracted to the opportunity for gains in an environment where many other investment opportunities are dampened by record-low interest rates.

However, one of the key issues preventing a widespread uptake from this class of investors is a lack of education, Mr Yew says. A recent survey commissioned by Monochrome revealed that while 77 per cent of financial advisers had been asked about crypto by their clients in the last 12 months, less than 20 per cent felt adequately equipped to respond to their inquiry.

“There’s so much information, and sometimes misinformation in the world of digital assets and Bitcoin,” he said. “We need to bridge the knowledge gap between the traditional financial world and this nascent digital asset space.”

To facilitate this, Monochrome is launching its own education and research platform which will run independently of the fund and offer financial advisers and portfolio managers a CPD-accredited course to educate themselves on Bitcoin and other digital assets. The fund is also working on launching a Bitcoin ETF in Australia to provide institutions with an easier way to invest in crypto.

But education is just half the battle, Mr Yew says, with the crypto industry’s almost complete lack of regulation still scaring away many serious investors. A parliamentary inquiry into cryptocurrency regulation, spearheaded by Senator Andrew Bragg, is due to hand down its recommendations by the end of the month.

“I would like to see Australia keeping in line with the progression of regulation around digital assets in markets like Canada, UK, Singapore and Switzerland,” he said.

“Getting that education right and regulation right will not just help local industry, but also attract foreign talents and foreign investments into Australia.”