New York (CNN Business)General Electric misled shareholders about the deterioration of its insurance and power businesses in the years before its stock price imploded, according to the Securities and Exchange Commission.

GE agreed Wednesday evening to pay a $200 million penalty to settle the regulatory agency’s investigations, which began about three years ago.
These “disclosure failures” between 2015 and 2017 meant investors were blindsided when those businesses eventually stumbled badly, regulators said.

GE’s (GE) share price collapsed by a staggering 76% in 2017 and 2018 and the company was forced to dismantle its empire to pay down a pile of debt. 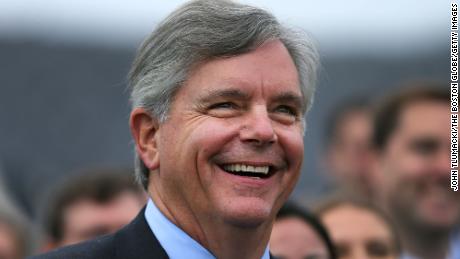 “GE’s repeated disclosure failures across multiple businesses materially misled investors about how it was generating reported earnings and cash growth as well as latent risks in its insurance business,” Stephanie Avakian, director of the SEC’s divisions of enforcement, said in a statement.

GE violated antifraud, accounting and other provisions of securities laws, the SEC said.
GE neither admitted nor denied the allegations. “We are pleased to have reached an agreement that puts the matter behind us,” GE said in a statement. “Under the current leadership team, we have significantly enhanced our disclosures and internal controls and are a stronger company today.”
The company pointed out that the settlement does not require it to make any further corrections or revisions to financial statements.

Another scar on the Immelt era

Most of these alleged violations took place when GE was led by Jeff Immelt, whose 16-year tenure at the helm of the company has been widely criticized. Immelt, who succeeded legendary CEO Jack Welch, stepped down as CEO in July 2017 and handed the keys over to veteran GE executive John Flannery.
GE ousted Flannery after barely a year and hired Larry Culp, the first outsider CEO in company history. Culp has been credited, even by GE critics, with helping to save the company from disaster.
GE has a history of run-ins with the SEC. In 2009, the agency charged GE with accounting fraud, alleging that it “misled investors by reporting materially false and misleading results.” At the time, GE settled the charges by agreeing to pay a $50 million penalty.
The latest SEC settlement does not completely resolve GE’s legal problems.
The company has previously disclosed that the Justice Department is also investigating its insurance and power businesses. GE has said it is cooperating with the DOJ by providing requested documents and information.

GE shocked Wall Street in January 2018 by reporting a $6.2 billion loss in its portfolio of long-term care insurance. These policies, which protect against nursing home and assisted living costs, have been hurt by soaring health care costs and longer life expectancies
The SEC’s investigation found that from 2015 to early 2017, GE “failed to disclose to investors worsening trends in its insurance business and the potential for substantial losses.”
The insurance business ultimately suffered a $9.5 billion pretax charge and required GE to pump in about $15 billion in capital over seven years. 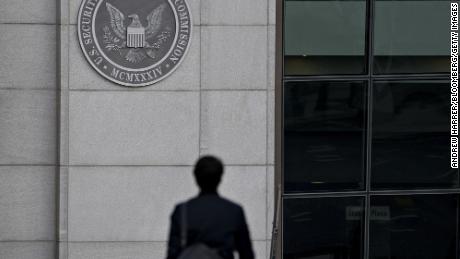 “Despite known continuing trends of increasing costs from long-term care insurance policies,” GE’s insurance business in 2015 and 2016 lowered projected claims costs for the distant future and concluded it did not have insurance losses, the SEC said.
“GE failed to disclose its rising claim costs and the resulting potential for material insurance losses,” the SEC said.

Likewise, the agency said GE failed to disclose the nature of reported profit growth and $2.5 billion in reported cash collection in its power business, which makes turbines in power plants.
“GE commentary on earnings calls, at investor conferences, and in its quarterly and annual reports during this period was materially misleading,” the SEC said.
Source: Read Full Article