ASX-listed IOOF is inching closer to becoming one of Australia's largest super funds after the Australian Competition and Consumer Commission on Monday approved its $1.4 billion plan to acquire the National Australia Bank's wealth management business MLC.

The deal, which still needs to be approved by the Australian Prudential Regulation Authority (APRA), will see IOOF go toe-to-toe with industry fund AustralianSuper which is looking to move investment management services in-house to drive down costs. 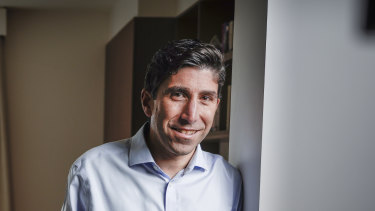 AustralianSuper chief executive Ian Silk said last week 43 per cent of its assets are managed internally and he planned to increase this to between 50 and 60 per cent in the coming years.

However, Mr Mota said IOOF was committed to managing only a "very small portion" of its funds in-house, saying the model gives rise to conflicts of interest.

"You've got to be prepared to sack yourself if you're not performing. That takes discipline," Mr Mota said. "If you contrast that with a multi-manager, we feel there is one less conflict to manage in that environment.

"The only thing that matters is performance after fees. There's no point managing costs if you end up under-performing."

Mr Mota added the "multi-manager" model used by IOOF meant it was easier to switch between investment teams if they were under-performing and the "vast majority" of the company's funds would continue to be managed that way.

"We think that’s a really good discipline to ensure we are putting the needs of our clients at the centre of the conversation."

Meanwhile, ACCC Commissioner Stephen Ridgeway told The Age and Sydney Morning Herald competition in the superannuation and advice sector will remain high even after the IOOF/MLC deal is completed. According to Mr Ridgeway, technology was driving down costs and fostering new entrants in the sectors.

"There is very significant competition," he said. "In the end, it wasn't a difficult decision."

The merged entity will also challenge AMP's dominance in the financial advice sector and Morningstar analyst Shaun Ler said IOOF's brand will be its competitive edge.

IOOF runs a number of aligned adviser firms that do not make reference to the parent company and Mr Ler said this helps to "isolate brand damage".

"If you look at the data, after the [banking] royal commission, IOOF was still able to attract inflows," he said. "If I mention AMP to you, your immediate reaction is to think 'oh no, Royal Commission'."

"If I say you to let's go to Shadforth, you might not even know IOOF are behind them."

Mr Ler warned the greatest risk to the MLC merger will be cost blowouts caused by poor execution. IOOF plans to find $150 million per year in savings for the first three years by removing duplicate roles.

"There are two finance teams, two legal teams, two marketing teams so simplifying that structure will be a key driver in delivering those synergies," Mr Mota said.