Greensill Capital founder Lex Greensill will be publicly grilled by British politicians this week after the former Bundaberg farmer was called to appear in front of a parliamentary committee examining his company’s dramatic collapse.

Mr Greensill will face questioning from both sides of British politics on Tuesday afternoon in London (Wednesday morning in Australia) as part of Treasury’s ‘Lessons from Greensill Capital’ inquiry. 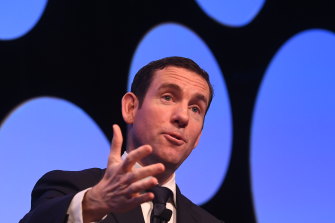 Lex Greensill will break his silence in front of a British parliamentary committee this week.Credit:Peter Braig

It will be the first time the 44-year-old has spoken publicly about the collapse of his company since it unexpectedly fell into administration in March after its key backer Credit Suisse withdrew $10 billion in financial support when the company’s main insurer refused to renew its cover.

The parliamentary inquiry, which is headed by Conservative MP Mel Stride, has also called on former British prime minister David Cameron to give evidence. Mr Cameron was an adviser and shareholder in Greensill and lobbied government MPs to attempt to get the financing company access to a multibillion-dollar COVID support fund.

Along with examining the appropriateness of Mr Cameron’s lobbying, the inquiry will also look into any lessons for the UK’s finance system in light of Greensill’s failure, Mr Stride said.

Greensill is being examined by administrators at Grant Thornton who are undertaking the mammoth task of unravelling the business’ complex affairs. Administrators have previously warned the business could face as much as $5 billion in claims from creditors.

On top of this, Greensill is facing numerous legal threats and regulatory investigations, including from the German financial regulator BaFin and a potential investigation from Australia’s corporate regulator ASIC.

Mr Greensill has kept a low profile during the past few months. Last year, the former melon farmer hit number 38 on the AFR Rich List with a joint net worth of about $2.13 billion.

A concise wrap of the day on the markets, breaking business news and expert opinion delivered to your inbox each afternoon. Sign up  Here.