New York (CNN Business)Worries about inflation are yesterday’s news. Investors suddenly have renewed fears about another spike in Covid-19 cases — and what that means for the global economy’s still fragile recovery.

Just look at the bond market. Nervous traders are buying US 10-year Treasuries hand over fist, pushing their yields to about 1.3% — the lowest rate for long-term bonds since February.
“Bond yields had hit a closing high of 1.74% at the end of March and many believed that the yield…would hit 2% by the end of 2021 but yields have since executed a sharp turnaround,” Chris Zaccarelli, chief investment officer for Independent Advisor Alliance, said in a report Thursday.

Bond prices and yields move in opposite directions. So the big drop in yields is a clear sign that investors are scooping up Treasuries because US government debt is still viewed as being one of the safest and most stable bets on the planet.

And now it’s also an indication of just how nervous investors are.

Volatility is back with a vengeance

Not coincidentally, the VIX (VIX), a measure of market volatility commonly known as Wall Street’s fear gauge, spiked nearly 15% Thursday.
The CNN Business Fear & Greed Index, which looks at the VIX and six other indicators of market sentiment, slid further into Fear territory and is not far from Extreme Fear levels. 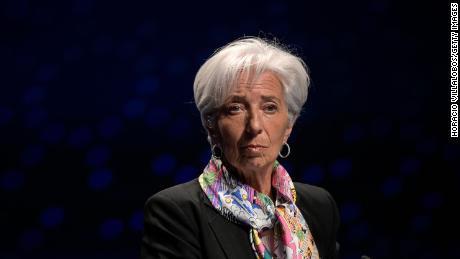 That isn’t great news for stocks. The Dow plummeted more than 200 points, or about 1%, in early afternoon trading Thursday while the S&P 500, Nasdaq and Russell 2000, which is home to many smaller US stocks, all posted similarly sized drops. Stocks were off their lows for the day, though.
Markets in Europe and Asia were sharply lower as well. Investors have legitimate concerns about the possibility of an abrupt ending to the rebound in corporate earnings if Covid cases keep rising.
“The stock market has largely ignored the move lower in bond yields the past few months, but today it looks like it has woken up and we’re in store for some volatility,” Zaccarelli said.
But another market strategist isn’t too concerned that Thursday’s big moves for bonds and stocks is the start of a new downward trend.
“Thursday’s decline in the 10-year Treasury yield and broader stock market pullback are not warning signs of something grim,” George Ball, chairman of Sanders Morris Harris, said in an email to CNN Business.
Ball argues that the swift move down in bond yields is more of a short-term repositioning by fixed income traders who are reacting to minutes from the Federal Reserve’s most recent meeting that were released Wednesday.

The Fed still seems to be of the mindset that higher consumer prices are a temporary — or as they say, “transitory”— phenomenon. That means the central bank will likely keep short-term rates lower for longer, which justifies lower long-term bond yields as well.
“The Federal Reserve is confident that ruinous inflation is highly unlikely,” Ball said. “They may be right or wrong, but they are confident that a run-up in consumer prices will fade once we have fully reoriented from the pandemic.”
Source: Read Full Article