Why more people are borrowing money to buy stocks

Jeff Sica of Circle Squared Alternative Investments weighs in on 2020 trends from the rise of bitcoin and Americans borrowing money to buy stocks to new movies debuting via streaming platforms.

An unexpected rally in the U.S. dollar would torpedo the stock market's run into the record books, according to Wall Street analysts.

The one threat to the risk-on trade is the “strong possibility of a countertrend rally in the DXY dollar index,” wrote David Rosenberg, chief economist and strategist at Toronto-based Rosenberg Research, noting a “strong correlation” between the strength in risk assets and the dollar’s weakness.

The greenback has slumped to multiyear lows versus the euro, Japanese yen and Chinese yuan, among other currencies, as investors have prepped for unprecedented monetary and fiscal stimulus deployed to combat the sharpest economic slowdown of the post-World War II era. 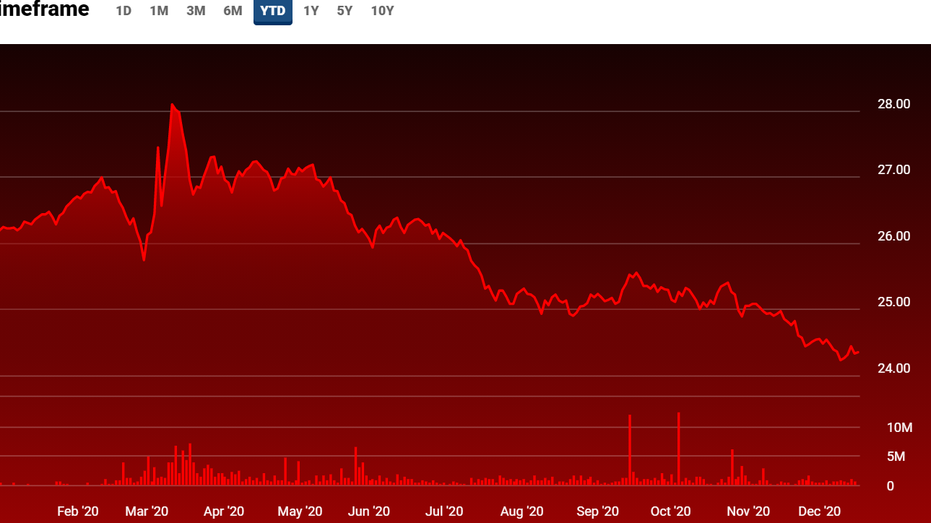 A “technical bounce” in the dollar is possible in the first part of 2021, said Marc Chandler, chief market strategist at the capital markets trading firm Bannockburn Global Forex.

Although the U.S. has struggled to contain COVID-19, Chandler says Europe has been worse and that its rollout of the vaccine is lagging.

He expects Europe’s lockdowns, which could continue through Easter, to weigh on growth “well into” the first quarter, leading to outperformance in the U.S where fiscal stimulus will “juice the economy” by two to three percentage points.

President Trump on Sunday signed a $900 billion relief package that gives direct payments of up to $600 to most Americans, in addition to extending an additional $300 per week of unemployment benefits and provides Paycheck Protection Program funding. Trump has also called on Congress to increase the size of the direct payment to $2,000.

As the vaccine rolls out, Chandler thinks investors who are overweight the dollar through long-term structural positions will look to reduce their holdings as the focus turns to the twin deficits – a large trade deficit and a large budget deficit – no matter who wins the Georgia runoffs.

Democrats winning both seats would give the party total control of both the executive and legislative branches of government and “feed into the longer-term dollar bearish story,” Chandler said.

Still, he says it’s a little too soon for investors to worry.

“If the yields rise, and I do expect them to rise, I think that is when the consternation hits,” Chandler said. “We have rising interest rates and a falling dollar.”

529 plan tax deductions are offered by 34 states — here's the list for 2021, along with states that give breaks for each other's plans

Ore. Lawmaker Told to 'Resign' After Video Shows Him Letting Rioters Inside State Capitol in Dec.