Tesla CEO Elon Musk on Monday took The Wall Street Journal to task for what he deemed inadequate reporting on a deadly crash involving what authorities believe was a driverless Tesla vehicle near Houston.

Musk, 49, was responding to a Twitter user who said that Tesla’s safety features would have prevented Saturday night’s crash that killed two people, as reported on by The Journal.

"There are safety measures in place," the Twitter user, Ahmad A Dalhat wrote. "Autopilot seat is weighted to make sure there is a driver, hands must be on the steering wheel every 10 seconds or it disengages. Autopilot doesn’t go over the speed limits … Research pls."

Musk said the Twitter user’s research "as a private individual" was better than the "professionals" at The Journal.

"Data logs recovered so far show Autopilot was not enabled & this car did not purchase (Full Self-Driving Capability)," Musk tweeted. "Moreover, standard Autopilot would require lane lines to turn on, which this street did not have."

Back in 2016, Musk got testy with reporters during a conference call in which he accused journalists of "killing people" with their negative coverage of crashes that involved Tesla cars that were in autopilot mode.

"You need to think carefully about this," Musk said. "Because if, in writing some article that's negative, you effectively dissuade people from using an autonomous vehicle, you're killing people."

The National Highway Traffic Safety Administration and the National Transportation Safety Board said Monday they will send investigators to Spring, Texas, to look into the deadly crash on Saturday.

ELON MUSK SUGGESTS CYBERTRUCK IS NOT HAPPENING THIS YEAR

Investigators are "100% sure" that no one was driving the Tesla that missed a curve on a residential road, hit a tree and burst into flames, Harris County Precinct Four Constable Mark Herman said.

But they're still trying to determine whether the electric car was operating on Tesla's Autopilot driver-assist system, or if the company's "Full Self-Driving Capability" system was in use. 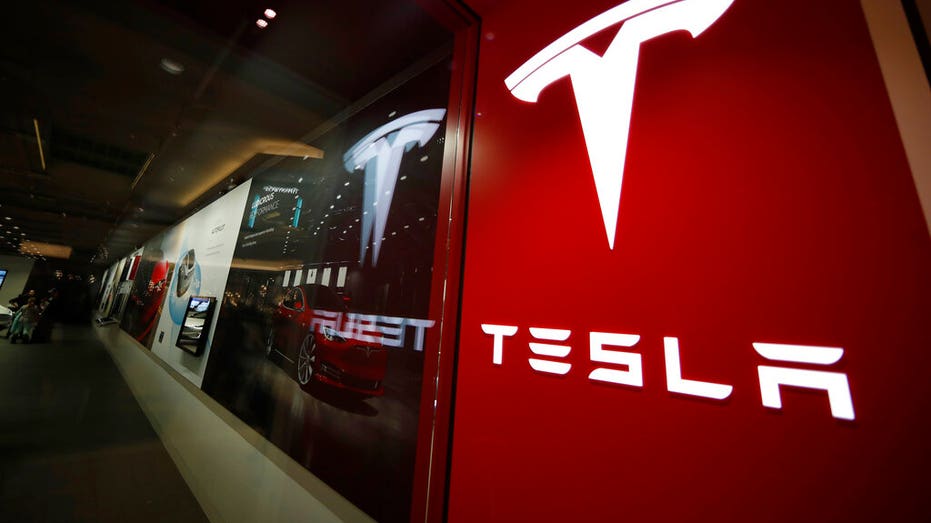 FILE: A sign bearing the company logo outside a Tesla store in Cherry Creek Mall in Denver.  (AP)

One of the men was found in the front passenger seat of the badly burned car, and the other was in the back seat.

Representatives for Tesla did not immediately return FOX Business’ requests for comment. The NHTSA told FOX Business in a statement that it is "aware of the tragic crash involving a Tesla vehicle outside of Houston, Texas," and has deployed a team to investigate.

KHOU-TV reported that the car was a 2019 Tesla Model S, and the two men found in the car were aged 59 and 69. Herman said the car went about 100 feet after running off the road, hit a tree and immediately caught fire.

TESLA DRIVERLESS CAR CRASH TO BE PROBED BY US REGULATORS

Harris County Precinct Four Constable Mark Herman said firefighters used at least 32,000 gallons of water to extinguish the flames fed by the car's lithium-ion battery. Firefighters at the scene contacted Tesla for advice on how to extinguish the blaze and were told just to let it burn out.

On Sunday, Tesla CEO Elon Musk tweeted that the company had released a safety report from the first quarter showing that Tesla with Autopilot has nearly a 10 times lower chance of crashing than the average vehicle with a human piloting it.

But Kelly Funkhouser, head of connected and automated vehicle testing for Consumer Reports, said Tesla's numbers have been inaccurate in the past and are difficult to verify.

"You just have to take their word for it," Funkhouser said, adding that Tesla doesn't say how many times the system failed but didn't crash, or when a driver failed to take over.

CLICK HERE TO READ FOX BUSINESS ON THE GO

Shares of Tesla Inc. fell 4%, more than the broader markets, in Monday afternoon trading. That decline follows enormous gains for Tesla, whose shares are up 370% in the past 12 months.

Fox Business' Lucas Manfredi and The Associated Press contributed to this report.