Embattled fund manager Magellan Financial Group has become a victim of the UK market meltdown, with one of its institutional clients forced to pull about $1.6 billion in funds due to the global volatility.

Magellan released its monthly funds under management update to the ASX on Thursday, showing a $6.7 billion drop in September. Total assets under management have hit $50.9 billion, down from $57.6 billion at the end of August. In the middle of last year, Magellan controlled $115 billion in assets. 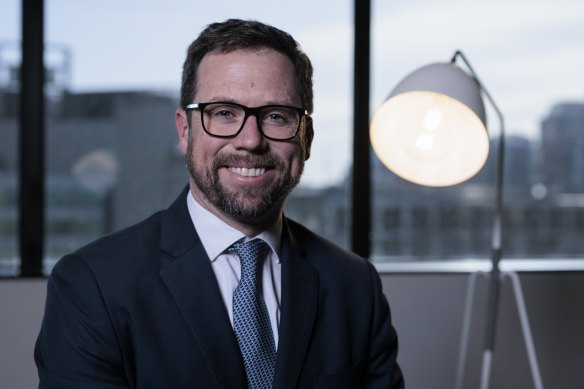 The firm said that the September losses consisted of $3.6 billion in net outflows, of which $400 million was in retail outflows and $3.2 billion in institutional outflows.

In a footnote, the company said approximately half of the institutional outflows “relate to the liquidity requirements of a client impacted by global market volatility in late September”.

A source not authorised to speak publicly on the issue said the client had been affected by the turmoil in the global financial markets, which were spooked last week by the unfunded tax cuts announced in the UK. The adverse market reaction has subsequently forced British Prime Minister Liz Truss to drop the tax cuts, less than a week after they were unveiled.

The client in question still has some money with Magellan, the source added.

Magellan’s share price tumbled by more than 8 per cent on the back of the news. The stock has fallen 63 per cent in the past 12 months.

It’s the latest blow for Magellan in what has been a rocky period, which began at the end of last year with the sudden resignation of former chief executive Brett Cairns. Former chief investment officer and co-founder Hamish Douglass then revealed he had split from his wife, and several months later he announced he was taking medical leave after “intense focus” on his personal and professional life.

The fund manager has since announced Douglass will return as a consultant, not an employee.

Former Future Fund deputy chief investment officer David George has been appointed as the new chief executive and the company now says it is working to win back clients’ trust and stem the outflows that have plagued the business for months.

George, who took the helm at Magellan in July, will provide a more detailed update about his vision for the company at the annual general meeting in October.

Last month, Morningstar downgraded Magellan, with equity analyst Shaun Ler saying he had underestimated the market disruption to Magellan’s investment style, and said its performance had not materially improved since late 2020.

“We also understated the downside from the dilution of Magellan’s brand, evidenced by mandate losses and outflows. Even if Magellan were to improve its track record, its competitive position is unlikely to be regained,” he said.

Ler said that the new chief executive wants to adapt Magellan to an increasingly competitive landscape, which is positive, but “the road will be challenging”.

“These milestones will be challenging and – at minimum – will take years to achieve.”