London (CNN Business)Retail sales in the United States, an important data point on the health of the economy, are nearly back to where they were before the pandemic hit.

But without additional government stimulus, economists caution that the nascent recovery could be in jeopardy — especially as Covid-19 cases in the country continue to rise. 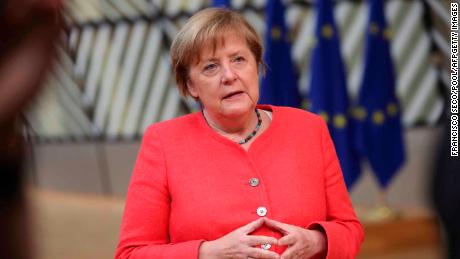 What’s happening: US retail sales increased 7.5% in June from the prior month, beating Wall Street’s expectations. The robust jump was attributed in part to generous federal assistance, including $600 in extra weekly unemployment benefits for workers who have lost their jobs.

“This is a remarkable achievement given the surge in unemployment the US economy has experienced and serves to underline the effectiveness of the government’s support package,” James Knightley, ING’s chief international economist, told clients.
The US government has so far agreed to pump more than $2 trillion into the economy.

However, the extra $600 per week benefit is due to expire at the end of this month, and Congress is still debating whether to move forward with an extension. That creates a possible “benefits cliff” that could hit the US economy hard as coronavirus cases accelerate in many states.
The United States reported more than 77,000 new coronavirus infections on Thursday, the highest daily jump so far.
“If this program expires at the end of this month as planned there will [be a] huge drop in incomes for those millions of people at a time when the reinstatement of Covid-19 containment measures is limiting the opportunities for finding work,” Knightley said.
On the radar: Senate Republicans are slated to release their plan for additional stimulus spending next week, which will kickstart debate in Washington in earnest. Yet there’s little clarity on how — and when — Congress and the White House will come together on an agreement.
Speaking of stimulus: European leaders meet Friday and Saturday in Brussels, their first in-person summit since the Covid-19 crisis began. They’ll debate the proposal put forward by the European Commission in May that would see it raise €750 billion ($857 billion) on financial markets in order to disperse loans and grants to hard-hit EU states.
But big issues, including the overall size of a recovery package, the mix of grants and loans and the terms, still need to be hammered out. Analysts say another summit may need to be called later this month or in early August.
The relief package would come on top of €540 billion ($617 billion) in existing EU stimulus efforts.

How the pandemic could undermine King Dollar

When the novel coronavirus sent investors running for the exits in March, there was a mad dash to snap up US dollars, the world’s ultimate safe haven asset.
But as the United States struggles with fresh Covid-19 outbreaks weighing on the economic recovery, the dollar has stumbled. Now, some on Wall Street warn it could fall further, due in part to President Donald Trump’s handling of the crisis and isolationist policies.
See here: “We expect the US dollar to follow a path of reduced dominance and weaken over the long term,” Nomura said this week in a report to clients.
The dollar — an important symbol of America’s global standing — remains the primary currency of choice for investors, who use it to trade a wide array of assets. It’s also the world’s top reserve currency, held in large quantities by governments, central banks and other major financial institutions. Dollar bulls and skeptics alike note that at present, there’s no real alternative.
Yet investors are becoming less sanguine about the dollar’s outlook. Growing debt loads and Trump’s commitment to “America First” policies have added to risks. A diminished role for the United States on the world stage could encourage allies to step up holdings of other top currencies.
Another headwind: Asset managers like BlackRock are encouraging clients to consider investment opportunities in Europe, where countries appear to have a better handle on the health and economic challenges posed by the virus. That could encourage traders to sell dollars and buy euros.
These trends could hurt the dollar’s value in the coming months — though experts caution that any substantial change in the global currency regime would take decades.

Netflix’s big subscriber boom could be over

Netflix (NFLX) has a warning for investors: The massive growth it experienced during the beginning of the pandemic won’t be sustainable the rest of the year. 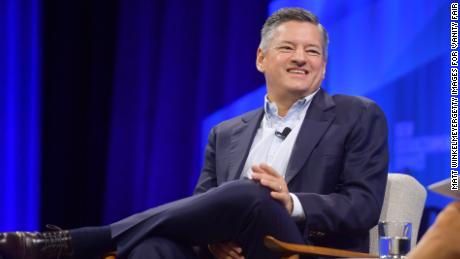 Between April and June, Netflix continued to ride high. The company said Thursday that it added 10 million subscribers to its streaming service last quarter, beating its own expectations.
But Netflix said it expects to bring in just 2.5 million subscribers between July and September, roughly half of what analysts were anticipating, my CNN Business college Frank Pallotta reports. Shares are down 7% in premarket trading on the news.
Remember: The pandemic has boosted demand for streaming services as more people seek out at-home entertainment (you remember when everyone was watching “Tiger King”). Netflix’s stock has climbed 63% year-to-date.
But the massive subscription spree could be coming to an end as restrictions ease in many parts of the world. Netflix also faces fresh competition from Disney+, Peacock and HBO Max, which is owned by CNN parent WarnerMedia.
In the C-suite: Netflix also said Thursday that Ted Sarandos, the company’s longtime content chief, would become co-CEO alongside Reed Hastings.
“Ted has been my partner for decades,” Hastings said in a statement. “This change makes formal what was already informal — that Ted and I share the leadership of Netflix.”