Westpac has flagged a $1.2 billion hit to earnings caused by write-downs across its insurance businesses, a growing remediation bill and mounting costs related to the landmark legal case over anti-money laundering law breaches.

The losses were partly offset by an increased valuation of its holding of buy now, pay later platform Zip Co by $303 million, which became effective before Westpac sold its shares last week. 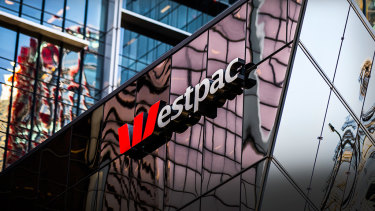 Westpac has flagged a $1.2 billion hit to earnings ahead of its full-year results next week.

Westpac has also put aside an additional $182 million to compensate customers who were sold incorrect loans, overcharged or were provided poor advice. As part of this increased provision, $104 million will pay for running the remediation program and $38 million will be used for settling legal disputes with customers.

Westpac had initially put aside $900 million for the penalty but agreed to pay a higher price due to the serious and systemic nature of the breaches that failed to properly monitor and report suspicious payments, some linked to child abuse in South-East Asian countries.

The second-largest bank said the asset write-downs were partly caused by COVID-19.

It comes as the prudential regulator threatens to hit insurers with a capital charge unless they stop selling unsustainable disability insurance products, as overly generous policies haemorrhage cash.

Morningstar banking analyst Nathan Zaia said the write-downs were further evidence that banks should simplify operations. "The write-downs are cementing or reinforcing how much shareholder capital has been put to the wall with these investments outside of banking," he said.

"I think the banks have realised that and their strategies have changed but we continue to see those headwinds coming through in the results."

Mr Zaia said it was disappointing to see the write-downs and he expected a "small second-half dividend" would be paid to shareholders unless Westpac was able to convince the Australian Prudential Regulation Authority that these were one-off notable items.

He said it would start to become clear next year if the bank's new management team could turn things around. "2020 should be the low point in earnings," he said. "It's very hard to know at this moment whether things being done behind the scenes will drive more profitable results in the future, it's still very early days."

Westpac will report its full-year results on Monday, November 2.