More than 96 per cent of the country’s largest financial services firms have a male chief executive, with the private equity and investment banking industries among the worst offenders for gender equality in leadership roles. 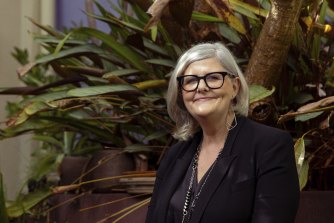 In contrast, 95 per cent of women in ASX-200 companies work in human resources roles and 67 per cent work in senior marketing roles. Managing partner Sharon Mackie said historically the financial services sector had been a “boys’ club” and while larger companies had demonstrated commitments to improving gender equality, smaller firms had slipped through the cracks.

“The ASX-listed banks are getting there. Investment banking and private equity are probably not doing as well as what they could,” Ms Mackie said.

“What’s interesting is that stakeholders are certainly asking the questions of why do you not have enough senior women in your business?” she said. “People are realising that having cognitive diversity is actually better for business.”

Corporate board director and gender equality advocate Sue Morphet agreed, claiming the investor trend towards active ownership and agitating for management change was resulting in a push for greater female representation.

“Just like investors are placing pressure on climate management … It’s not a matter of if they want women because it makes them feel socially good … it’s because research shows it’s good for business.”

However, Ms Morphet said there remain structural barriers in society that prevent greater progress. She called on the financial services industry to encourage male employees to take parental leave and the federal government to lift funding for childcare.

“Unless we have policies and practices that mean men and women share and enjoy the early child years, then the women are sidelined, the men go forward and the women actually never catch up,” Ms Morphet said.

‘Men employ men. Not because they don’t like working with women, they just expect the men will be better at what they do, they have had more experience.’

The financial services industry was behind the broader corporate world because of cultural issues, Ms Morphett said, where men feel employing other men is a “safe pair of hands”, especially during crises like COVID-19.

“We employ in our own likeness. Therefore, men employ men. Not because they don’t like working with women, they just expect the men will be better at what they do, they have had more experience.”

Advocacy organisation Chief Executive Women (CEW) released its annual survey last month that found only one of the 23 chief executive appointments in the ASX 300 over the past financial year was a woman. It also found the total number of female CEOs was the same as when the survey began in 2017.

CEW president Sam Mostyn said this was largely due to the under-representation of women in roles responsible for profit and loss operations and a focus on experience, rather than potential, when making senior appointments.

“We have a problem of representation and confidence of women in CEO positions,” she said. “Generally speaking we’ve not progressed.”

However, there has been progress at the board-level. Last month, for the first time, every company in the ASX-200 has at least one woman director, with female representation on boards reaching 33.7 per cent. This milestone put Australia ahead of the United States, where the percentage of female directors on S&P 500 boards is 29.9 per cent.

Ms Mackie suggested recruitment firms can play a role in addressing unconscious bias that leads to financial firms hiring more men, by hiding the applicant’s name, education and previous employers while screening resumes in the early stage of the hiring process.