The COVID-19 pandemic not only sped up consumers’ move away from cash, it also hastened the decline of the local bank branch, with Australian banks estimated to have shut more than 700 outlets in the past three years.

But despite protests from the Finance Sector Union (FSU) and some community groups, experts say the trends that are removing bank branches around the country have further to run, sparking debate about the role of banks’ physical outlets. 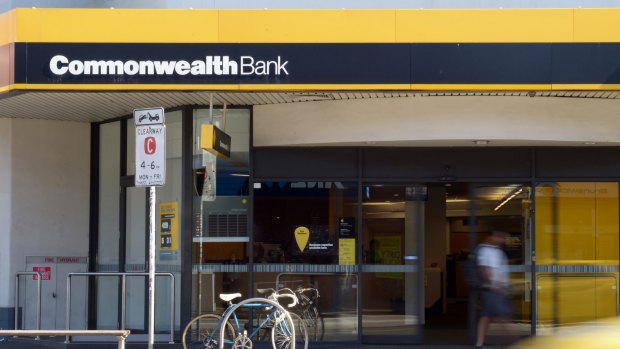 Banks including CBA and its rivals have closed hundreds of branches between them since the pandemic.Credit:Bloomberg

In one sense, the decline of branches is not new. It has been happening since the 1990s, as technological changes, bank mergers and shifts in consumer behaviour all prompted consolidation. Since COVID-19, however, branches have been shut at a quicker pace.

FSU national secretary Julia Angrisano says the big four have told the union of about 650 closures since the start of 2020, and it estimates that including smaller banks as well, more than 700 branches have been shut in that period.

“We have certainly seen the fastest rate of branch closures since we saw those changes back in the 1990s,” Angrisano says. “The pandemic was very much used as a catalyst for the speeding up of closures.”

COVID-19 unleashed forces that have undermined branches: it turbo-charged the use of digital banking, while lockdowns prompted banks to temporarily shut hundreds of branches. Lockdowns are now in the past, but the pressure on branches remains, as banks look for cost savings and customers continue to flock to digital finance.

Managing director of payments consulting firm The Initiatives Group Lance Blockley says the decline in branches probably has a lot further to run, as cash and cheque payments continue to plunge.

“There’s probably still a place for branches, but they may be smaller format, and you can already see that in some of them. There will be less of them, and maybe you will have more mobile bankers,” Blockley says.

Such is the speed of the closures that it has sparked warnings about the potential impact on members of the community who rely on branches as an essential service.

The Combined Pensioners and Superannuants Association of NSW told a Treasury review in late 2021 that older people, including those living alone without access to younger family members or friends, were vulnerable to branch closures. “Although the digitisation of banking services is being rapidly adopted by Australians, digital ability declines with age,” it said.

‘We have certainly seen the fastest rate of branch closures since we saw those changes back in the 1990s.’

The FSU’s Angrisano acknowledges customer habits are changing, but says there are forgotten groups who may miss out on access to a bank when their local branch closes, including those from a non-English-speaking backgrounds or with poor internet access. “The issue here is that every Australian should have access to banking services,” she says.

The banks’ own disclosures support the FSU’s figures showing more than 650 closures among the big four.

Westpac’s investor materials show its branch numbers have fallen by more than 200 in its last three financial years, to 732 at September 30. National Australia Bank’s investor materials say its branches and business centres have fallen by 178 to 714 over its last three years, while Commonwealth Bank’s annual report show its Australian branches fell by more than 200 to 807 in the three years to June 30.

Banks maintain they are responding to shifts in patterns of demand, while trying to be more efficient.

The chief executive of Westpac’s consumer and business bank, Chris de Bruin, said in September that branch consolidation – or “co-locations” – allowed the lender to remain in communities. But he also signalled branch numbers would keep declining by using the bank’s presence on Sydney’s George Street as an example.

“We currently have seven branches between Circular Quay and Town Hall. The question is, if they’re not being used for service, do I need all of those? And that’s a question we will ask,” he said. “We’ll right size to the capacity that is required to do what customers want to do in the branches.”

An ANZ spokeswoman also pointed to changes in customer behaviour, saying the lender has seen a decline of more the 50 per cent in its in-branch transactions over the past four years. She said only eight per cent of the bank’s customers relied solely rely on branches for their everyday banking.

Angrisano says that it’s “somewhat disingenuous” to claim banks are only responding to customer trends – because banks have encouraged their customers to take on digital banking, including through targets for staff. Angrisano says branch closures should not just be looked at as a commercial issue, as banks also have a “social licence”.

But based on the rapid growth in digital banking, while branch visits continue to slide and lenders look to cut costs, it is hard to see any reversal of the slide in bank branch numbers. Barrenjoey analyst Jonathan Mott has reported that it costs, on average, about $1 million a year to run a bank branch, and he predicted lenders would continue to rationalise their networks.

Ultimately, bankers say their challenge is to service a broad cohort of customers – some of whom visit branches, but many of whom do not.

While critics argue banks are closing branches to cut costs, Blockley says they are making significant financial investments in digital channels, and customers are ultimately voting with their feet.

“It’s pointless staffing an empty building if nobody is coming through the door. Banking at the post office is probably the future in remote areas. The idea that each of the major banks will have a branch in every country town is long gone.”