Good morning! I hope you had a nice weekend. Welcome back to 10 Things in Politics, your weekday look at the biggest stories in DC and beyond. Sign up here to receive this newsletter.

Send tips to [email protected] or tweet me at @BrentGriffiths.

Here’s what we’re talking about:

One thing to look out for: President Biden and first lady Jill Biden are traveling to Virginia as part of an effort to tout what Biden’s family and jobs plans would mean for education.

1. BEHIND THE BOOM: The economic boom is here. But economists and experts also see some potential peril ahead.

Here’s a look at what we’re watching:

What’s wrong with being confident?: A majority of investors and business owners worldwide think President Biden is having a positive impact on the global economy, per a recent UBS survey. This comes as other sentiment gauges begin to rise too. On Friday, the University of Michigan’s consumer sentiment index hit its highest point since March 2020.

Trying to beat the overheat: Federal Reserve Chair Jerome Powell and other top officials have repeatedly brushed aside inflation concerns. But Wall Street economists see signs that everyday essentials are getting expensive. These price increases are expected to ease over time, though. The housing market is also expected to continue to rise.

Another concern comes from short-term challenges to the labor market: Pandemic concerns and Biden’s massive stimulus are keeping 2.5 million Americans from rejoining the workforce, Bank of America economists find. They predict that workers will return by the fall as vaccinations continue and the stimulus benefit wanes.

Retailers are gearing up for people looking for a post-pandemic glow-up. 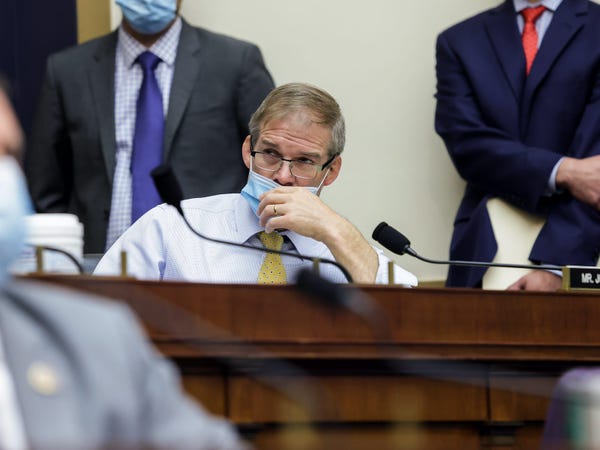 2. These nine chiefs of staff counsel House Republicans’ unruliest conspiracy theorists and Biden tormentors: An intern that rose to lead a congressional office, a former founder of a gun-rights group, and even a college friend. You’ve heard of Rep. Jim Jordan of Ohio, Rep. Marjorie Taylor Greene of Georgia, and Madison Cawthorn of North Carolina. Now, meet the powerful staffers working for them here.

3. The White House pushed back on criticism that it needs to be doing more to help India: World officials and Sen. Bernie Sanders are pressing Biden to support a temporary waiver of patent rights on COVID-19 vaccines. Meanwhile, the administration continues to send loads of medical supplies and oxygen to the world’s current COVID hotspot.

4. Sen. Mitt Romney was booed by fellow Utah Republicans: Attendees at the Utah GOP convention called the 2012 presidential nominee a “traitor” and a “communist” as Romney tried to explain his criticism of former President Donald Trump. Sen. Susan Collins of Maine, a fellow Republican who voted to convict Trump of inciting the deadly Capitol riot, said she was “appalled” by the scene. The GOP, she said, is “not a party that is led by just one person.”

5. Our weekly stock report detailing how lawmakers are investing their wealth: Trump has called for a boycott of Coca-Cola, but Sen. Cynthia Lummis, a freshman Republican from Wyoming, appears to own up to $15,000 worth of the soft drink giant’s stock.

Rep. Lois Frankel, a Florida Democrat, sold up to $15,000 worth of stock in the Hess Corporation, a leading shale oil and gas producer. A spokesperson for Frankel, an outspoken environmental advocate, said the congresswoman doesn’t direct such trades.

Check out the rest of our exclusive list here.

6. Sen. Tim Scott is optimistic about police reform: “Through negotiations and conversations, we are now closer on no-knock warrants and chokeholds,” Scott, a Republican from South Carolina, said on CBS’ “Face the Nation” of where talks stand. The only Black Republican in the Senate, Scott gave the GOP’s response to Biden’s joint address. He’s also one of 10 key power players to watch as work on police reform continues.

7. Caitlyn Jenner supports restricting transgender girls from playing on girls’ sports teams: “This is a question of fairness,” Jenner told TMZ. A 1976 gold medalist, Jenner’s comments come as Republican-led state legislatures across the country seek to pass such restrictions. This is also a rare public policy statement by Jenner, whose California gubernatorial campaign has been almost entirely silent since she announced.

8. Democrats are locked out of a special election in Texas: Republicans swept the top two spots and will advance to a runoff for a US House seat outside of Fort Worth, making it unlikely Democrats will be able to expand their slim majority before the midterm elections.

9. Fortnite is headed to court as it continues its fight against Apple: A three-week trial pitting Epic Games, the creator of the massively popular game, against the tech giant is expected to start later today, the Post reports. Epic has challenged that Apple runs a monopoly with its app store, and has also chafed against Apple’s slice of in-app sales. In short, this case could completely reshape how Apple handles its business. 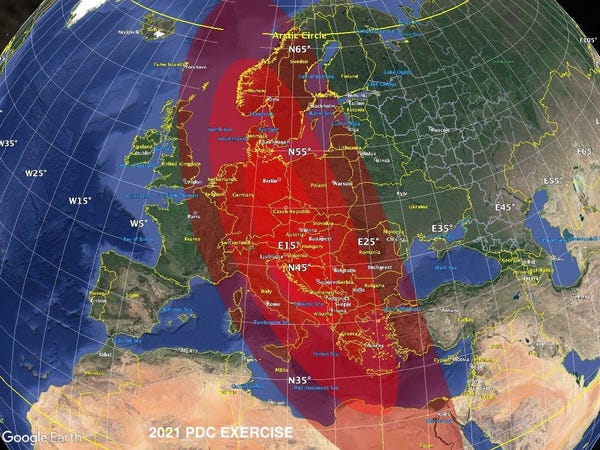 10. Space agencies couldn’t stop a (hypothetical) asteroid from crashing in Europe: “A group of experts from US and European space agencies attended a week-long exercise led by NASA in which they faced a hypothetical scenario: An asteroid 35 million miles away was approaching the planet and could hit within six months … The experts fell short.” Here’s what bamboozled them.

Today’s trivia question: What two Supreme Court justices have appeared on US currency? Bonus points if you know the denomination. Email your guess and a suggested question to me at [email protected]