Warren Buffett, the chairman and chief executive of Berkshire Hathaway, said on Wednesday (US time) that he had resigned as a trustee of the Bill and Melinda Gates Foundation, coming just weeks after the couple announced their divorce and raising new questions about the future of the foundation.

Buffett had been a huge contributor to the Gates Foundation, one of the foremost and richest non-profit organisations dedicated to social causes, for more than a decade. It is one of five non-profit organisations to which he has pledged the majority of his fortune, which Forbes estimates at $US105.3 billion, and it is the only one not run by a member of the Buffett family. 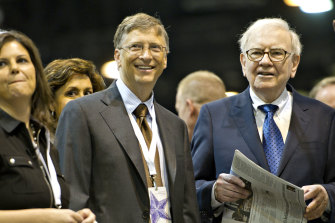 “For years I have been a trustee — an inactive trustee at that — of only one recipient of my funds, the Bill and Melinda Gates Foundation,” Buffett said in a statement. “I am now resigning from that post, just as I have done at all corporate boards other than Berkshire’s.”

With 1600 staff members directing $US5 billion in annual grants to 135 countries, the Gates Foundation is a powerful institution, especially in the field of global public health. Yet the foundation has only three trustees — Buffett, Gates and Melinda French Gates — and Buffett’s departure comes at an uncertain time for the foundation.

The foundation’s chief executive, Mark Suzman, acknowledged in an email to the staff that “Warren’s departure raises questions about the foundation’s governance.”

He reiterated that he had been “actively discussing with him, Bill, and Melinda approaches to strengthen our governance to provide long-term stability and sustainability for the foundation’s governance and decision-making in light of the recent announcement of Bill and Melinda’s divorce.”

There has been speculation over the past month that Gates and French Gates might create a board for the foundation in light of the rupture in their relationship. Suzman said that he planned to share additional information about changes to the foundation next month. That news only added to jitters at the foundation.

“It adds a lot of uncertainty,” said a foundation staff member who spoke on condition of anonymity about internal deliberations.

Benjamin Soskis, a senior research associate for the Centre on Nonprofits and Philanthropy at the Urban Institute, which receives funding from the foundation, said, “The Gates Foundation is the most important philanthropic institution in the world, and this is another sign that there likely will be major transformations in how it’s governed.”

The foundation gives grants in areas ranging from gender equality to global development. It has funded efforts to control malaria and to eradicate polio and has spent more than $US1.8 billion on its response to the pandemic, including on testing, treatment and vaccines. 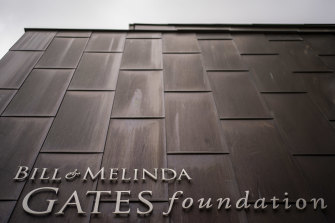 Buffett had been a huge contributor to the Gates Foundation, one of the foremost and richest nonprofit organisations dedicated to social causes, for more than a decade.Credit:Bloomberg

Even before the divorce announcement, the death of William H. Gates Sr., Bill’s father, last year signalled a changing of the guard at the private foundation, the nation’s largest. The elder Gates was a co-chair of the foundation, along with Gates and French Gates. On Wednesday, Buffett, who will turn 91 in August, said that he knew he had “moved past the fourth quarter into overtime” in life.

Suzman thanked Buffett for his philanthropy, writing in a blog post, “The impact of his prodigious generosity is hard to quantify.”

The Gateses also offered praise for Buffett. “The value of Warren’s gift goes beyond anything that can be measured,” Gates said in a statement, while French Gates thanked her fellow billionaire for his “unwavering belief that everyone deserves to live a healthy, fulfilling life.”

The foundation’s reputation for global philanthropy has been overshadowed lately by reports of Gates’ questionable conduct in work-related settings. The New York Times has reported that on at least a few occasions, Gates pursued women who worked for him at Microsoft and at the foundation, according to people with direct knowledge of his overtures.

In 2019, Microsoft’s board, on which Gates sat, opened an inquiry into one of those cases after being notified that he had “sought to initiate an intimate relationship with a company employee in the year 2000,” a Microsoft spokesman said. The board hired a law firm to investigate.

That same year, Gates’ relationship with Jeffrey Epstein, the money manager and convicted sex offender, burst into public view. The Times reported that the two had met several times — representatives for Gates have said it was only to discuss philanthropy — to the consternation of French Gates.

The following year, Gates stepped down from the boards of Microsoft and Berkshire Hathaway. “Warren and I were the best of friends long before I joined and will be long after,” he said at the time.

Buffett did not mention either of his fellow trustees by name in his statement on Wednesday, but offered his “full support” for Suzman.

“I think Buffett’s statement is paradoxical. On the one hand, the absence of a reference to the Gateses is pretty striking given the events of the last couple months,” Soskis said. “On the other hand, it points to the possibility of a future, healthier board where personal relationships are less salient and the perspectives people bring in as trustees and the checks that they play on each other are what’s more important.”