Only one woman was promoted to the role of chief executive out of 25 appointments at Australia’s largest companies over the past year, in a sign gender equality in the professional world is going backwards.

An annual census by advocacy group Chief Executive Women has tracked the number of women in leadership positions at ASX200 companies over the past four years, and chief executive Sue Morphet said she is "disappointed" by the results.

"Australia is making absolutely no progress," Ms Morphet said. "You would think there have been so many conversations and discussions about the benefits that women can bring to companies and to our economy. Yet corporate Australia is still not seeing it as worthwhile to promote women to higher levels." 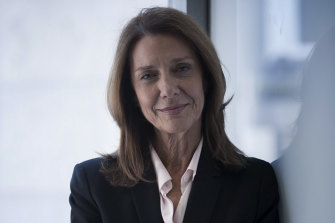 The number of female CEOs is at its lowest level since the count began four years ago, with 10 women occupying the top job among ASX200 companies, compared to 11 in 2017. "We can and must do better," Ms Morphet said.

The number of companies with no women in "line" roles – senior employees accountable for profit and loss statements – has increased from 57 per cent to 65 per cent. By comparison, there is only one ASX200 company that does not have any men in these roles.

"These are roles that the CEOs are chosen from," Ms Morphet said. "If there are no women in those roles, there is no leadership opportunity for women coming through."

The financial services sector has been marred by a string of cultural issues this year – with AMP chair David Murray forced to resign after an investor revolt over the handling of a sexual harassment complaint and QBE chief executive Pat Regan being sacked for inappropriate behaviour.

Ms Morphet said it’s clear an increase in boardroom equality would improve culture within companies, but ingrained sexism and a bias towards promoting familiar faces had created barriers to progress.

"One of the big problems on why we’re not getting people to come through is this systematic appointment of people in our own likeness," she said. "It's what we call a merit trap. It's confusing merit with the person who looks like, sounds like and has the same experience as the person who is making the hiring decision."

Government policy had also continued to fail women in business and Ms Morphet said her organisation would agitate for improved childcare and parental leave policies in the upcoming federal budget to get women back into the workforce.

Many women apply for senior leadership roles in their thirties – increasingly the most common decade for having children – and only 5 per cent of men take parental leave, something Ms Morphet said also needed to change.

"We all start out from school and university in equal quantities. And yet when we have children, in Australia particularly, we are very biased towards childcare being the responsibility of the woman."

She said COVID-19 had legitimised flexible working arrangements, but this now needed to made permanent for both men and women. "We must have senior men modelling flexible and remote working and all other men will follow. If they follow, everyone becomes equal."