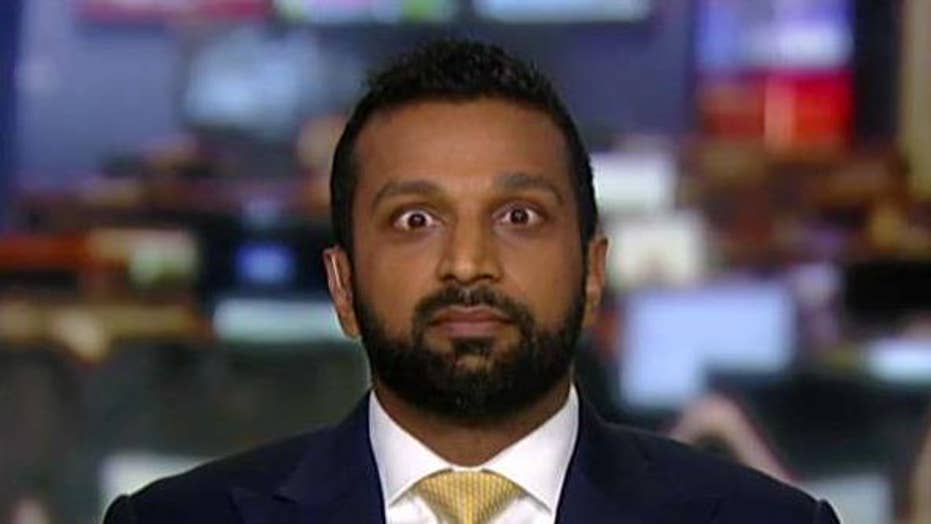 The complaint filed on Friday in Virginia Circuit Court named CNN reporters Barbara Starr, Zachary Cohen, Ryan Browne, Alex Marquardt and Nicole Gaouette as defendants, in addition to the network itself. It claims CNN “deliberately or recklessly conveyed a false message” to sensationalize the “news” and humiliate Patel.

Patel, who was previously a top aide to Rep. Devin Nunes, R-Calif., and a Trump advisor, claims CNN published a series of articles from Nov. 24 through Dec. 4 penned by the defendants that “contain a series of false and defamatory statements” about him, according to the complaint.

Patel’s legal team said CNN retaliated against him because he helped poke holes in the network’s narrative that the Trump campaign colluded with Russia before the 2016 election.

CNN did not immediately respond to a request for comment.

Patel’s attorney, Steven S. Biss, argued “publication of the Defamatory Statements is part of a general pattern of retaliation and discrimination against Kash” and “a larger conspiracy undertaken between 2018 and the present to discredit Kash through the publication of false statements and the promotion of unfounded left-wing political narratives.”

Kash “uncovered many inconvenient facts undermining the fake political narrative about ‘collusion’ between members of the Trump campaign and ‘Russians,’” when he was counsel for Nunes, then-chairman of the House Permanent Select Committee on Intelligence, the complaint claims.

“CNN attacked Kash and published defamatory falsehoods about him because CNN was deeply invested in promoting the Russia collusion hoax and the fraudulent “dossier” manufactured by Fusion GPS for the Hillary Clinton campaign and the Democratic National Committee,” Bliss wrote. “Kash debunked CNN’s reporting… CNN’s latest brutal attack on Kash’s reputation in the Articles is a continuation of past smear campaigns to discredit Kash.”

“The Defendants fabricated the Defamatory Statements and knew, therefore, that the statements were false. They knew that Kash was not the source of a single conspiracy theory and had no connection to any conspiracy theory about Biden,” Biss wrote. “Defendants provide no evidence or example of any stories spread by Kash about Biden because there are none. CNN reported on the Democrats’ impeachment inquiry and read the Democrats’ report, and knew, therefore, that no evidence was uncovered connecting Kash.”

Patel is seeking presumed damages, actual damages, special damages and punitive damages as a result of the defendants’ statements and actions, according to the complaint. He also wants a permanent injunction prohibiting CNN reporters from repeating the defamatory speech.

“Defendants harbored extreme professional and personal animus, bias, spite and ill-will towards Kash as a result of Kash’s revelations of CNN’s corrupt business practices and deceitful misreporting," Biss wrote. "Because of this malice and desire to injure Kash, Defendants knowingly and recklessly ignored the probable falsity of the story and printed it."