Conservative journalist Andy Ngo, who writes frequently about Antifa, was reportedly chased and attacked by black-clad rioters overnight during the latest unrest in Portland, Oregon, according to posts on social media.

One video posted online claimed to show Ngo being assisted by police inside the lobby of a downtown hotel after the writer apparently eluded a group.

As of 5 a.m. ET Saturday, Ngo himself had not posted on Twitter about the alleged incident.

Friday marked the one-year anniversary since nightly rioting began in Portland last year, three days after the death of George Floyd in Minneapolis, OregonLive.com reported. Protests and rioting continued in Portland for more than 100 consecutive nights afterward, and continue frequently until this day.

A group of about 100 rioters gathered at Revolution Hall, where protests began a year ago, according to the news site. Around 8 p.m. PT they began marching, then stopping periodically as speakers addressed the crowd.

Shortly before 10 p.m. PT, another group gathered outside the Multnomah County Justice Center, another frequent site of unrest and vandalism, according to the news site. Authorities made at least two arrests at that location, the outlet reported. 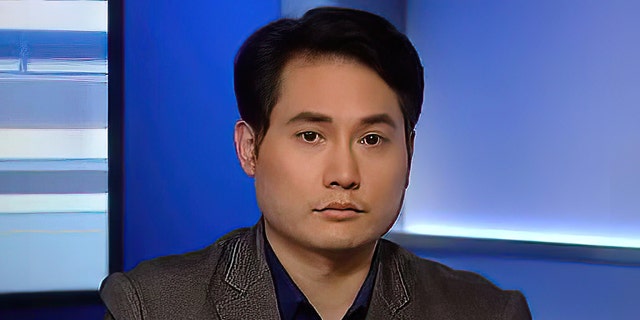 Around 11 p.m. PT, police began ordering the crowds to disperse, threatening to use crowd control methods if they did not comply, OregonLive.com reported.

A man said to be Ngo was targeted, tackled and repeatedly punched by a group of rioters shortly before midnight PT, according to the outlet.

Ngo, a native Portlander and second-generation Vietnamese-American, is the author of “Unmasked: Inside Antifa’s Radical Plan to Destroy Democracy.”

In June 2019, Ngo was photographed with his face covered with an unspecified liquid after being attacked during a Portland protest.