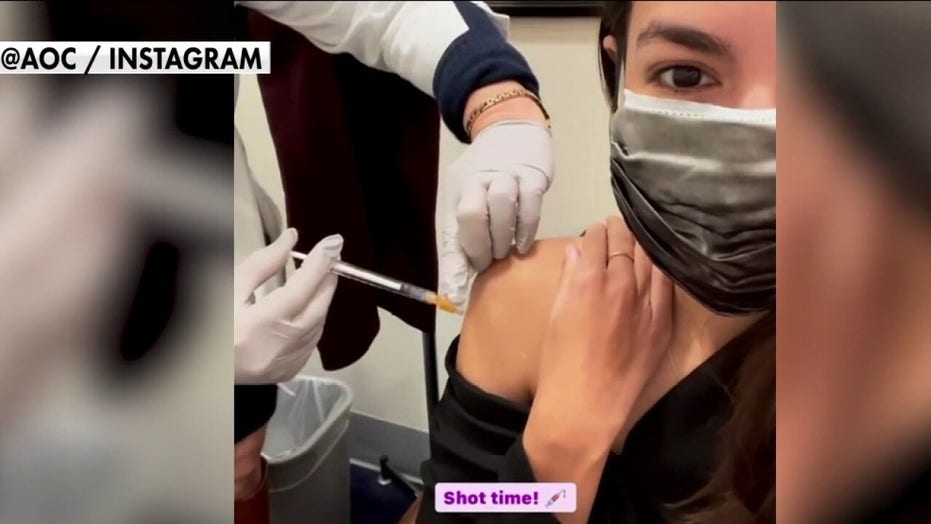 Democrat Rep. Ilhan Omar slams lawmakers including Rep. Alexandria Ocasio-Cortez for getting coronavirus vaccines ahead of the elderly and frontline workers.

Rep. Alexandria Ocasio-Cortez, D-N.Y., took to social media this week to defend her decision to receive the coronavirus vaccine over the weekend, after some of her fellow lawmakers criticized members for accepting doses ahead of frontline workers and vulnerable populations.

In direct response to a tweet penned by Sen. Rand Paul, R-Ky., Ocasio-Cortez laid blame on Republicans for instilling distrust about the vaccine into the American public, suggesting that she felt it would be hypocritical for leaders to urge the public to take a vaccine they weren’t taking themselves.

Paul said in his message that he thought it was "inappropriate" for someone like him, or Ocasio-Cortez, who either had immunity or were healthy and young, to accept a dose ahead of the elderly and health care workers.

Rep. Ilhan Omar, D-Minn., also took to Twitter to express her frustration with the process, deeming it "shameful" for lawmakers to be prioritized for the vaccine.

"We are not more important [than] frontline workers, teachers, etc. who are making sacrifices [every day]," Omar wrote. "Which is why I won’t take it. People who need it most, should get it."

But many lawmakers have opted to sign up for a vaccination, some – like Ocasio-Cortez – with the purpose of showing the American public that the vaccine is safe and effective.

Ocasio-Cortez, for example, made herself available to social media users after her injection in order to answer pressing questions.

ILHAN OMAR SLAMS LAWMAKERS INCLUDING AOC FOR GETTING CORONAVIRUS VACCINES AHEAD OF ELDERLY, FRONTLINE WORKERS

States are largely responsible for developing plans to make the vaccine available to residents over the coming months. Most have agreed to prioritize vulnerable populations, like nursing home residents and essential frontline workers, until doses are more widely available.

Dr. Anthony Fauci, the nation’s leading expert on infectious diseases, recommended that leaders like President Trump and President-elect Joe Biden receive the vaccine as soon as possible for security and safety reasons.

Trump, who has not yet received his vaccine, previously said he thought White House staff should receive doses later in the program.

Trump contracted the virus in October, but it is not clear how long immunity lasts.

Vice President Mike Pence publicly received his vaccine at the White House on Friday, along with his wife, Karen Pence, and Surgeon General Jerome Adams.

Biden was vaccinated publicly on Monday, while Dr. Fauci received the Moderna vaccine on Tuesday.