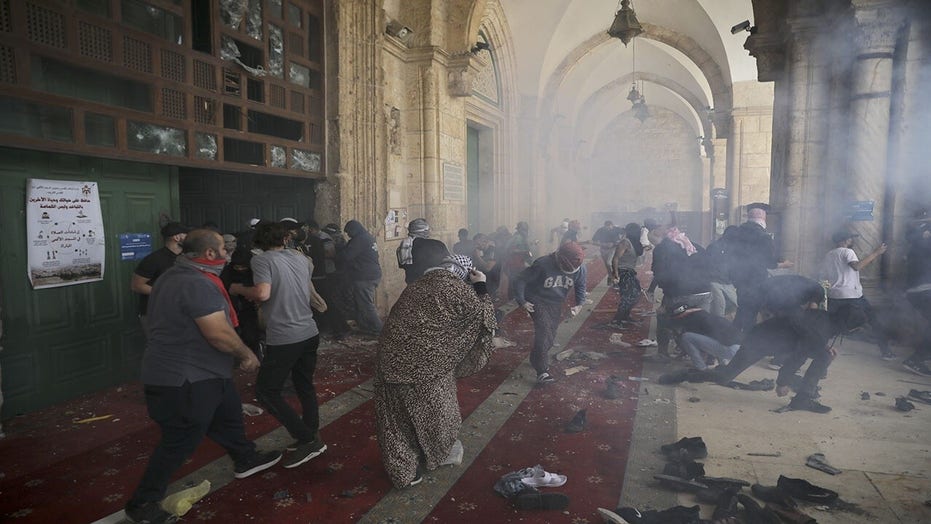 Former Secretary of State Mike Pompeo on Democrats ripping Israel and the Biden administration over the Israeli and Palestine conflict.

U.S. Rep. Alexandria Ocasio-Cortez drew backlash Sunday after objecting to a news site’s description of her recent criticism of Israel as an “outburst.”

The New York Democrat suggested that sexism may have played a role in the word choice.

“So are the extensively researched, painstaking conclusions from the UN, Human Rights Watch, and B’Tselem (among the largest human rights orgs in the world and in Israel) considered ‘outbursts’ too?” Ocasio-Cortez asked.

“Or is that just a descriptor MSN reserves for the women legislators quoting them?”

One of the respondents to Ocasio-Cortez’s complaint was Hillel Neuer, who heads UN Watch, a watchdog group that focuses on the actions of the United Nations.

“Congresswoman, that U.N. report accusing Israel of ‘apartheid’ was authored by 9/11 conspiracy theorist Richard Falk, who was denounced by his own UN chief Ban Ki-moon and by the UK for antisemitism, and it was commissioned by Syria, Libya and 18 other Arab states. #factsmatter.”

“Apartheid states aren’t democracies,” Ocasio-Cortez had tweeted Friday, as violence continued between Israel and the Palestinians.

The congresswoman also retweeted a video in which MSNBC commentator Ali Velshi said, “The idea that it’s even remotely controversial to call what Israel has imposed on Palestinians a form of apartheid is laughable.”

Ocasio-Cortez also drew criticism from others regarding her “apartheid” stand.

“Every SINGLE elected Democrat in congress should have to answer if they agree with Ocasio-Cortez that Israel is an apartheid state,” “View” co-host Meghan McCain wrote Sunday.

McCain also posted a video clip from an Ocasio-Cortez appearance on the PBS program “Firing Line,” in which the congresswoman claimed she was “not the expert” on geopolitics in response to a question on what she had called “the occupation of Palestine.”

Fred Guttenberg, father of a student who was killed in the Parkland, Florida, massacre in 2018, also objected to the Democrat’s description of Israel.

“I have defended you often from Republican attacks,” Guttenberg wrote. “However, shame on you. You are wrong and either showing a lack of understanding or something more intentional veering on anti-Semitism.”

Recent messages by Ocasio-Cortez and other members of “The Squad” or progressive Democrats regarding Israel drew criticism from Republicans and pro-Israel groups.