In media news today, Ted Cruz slams a podium after a reporter asked a question about masks, a Washington Post columnist says it’s time to make life a ‘living hell’ for the unvaccinated, and USA Today gets torched for promoting a ‘complicated’ study on pedophilia.

The Associated Press is shifting in how it covers the ongoing coronavirus pandemic, no longer hyping the number of cases as the Omicron variant continues to infect both the vaccinated and unvaccinated alike.

In an article titled, “Omicron wave prompts media to rethink which data to report,” the AP cited COVID case counts and hospitalizations as “barometers of the pandemic’s march across the world” but that the latest surge “is making a mess of the usual statistics, forcing news organizations to rethink the way they report such figures.”

“The number of case counts soared over the holidays, an expected development given the emergence of a variant more transmissible than its predecessors,” the AP reported Wednesday. “Yet these counts only reflect what is reported by health authorities. They do not include most people who test themselves at home, or are infected without even knowing about it. Holidays and weekends also lead to lags in reported cases.” 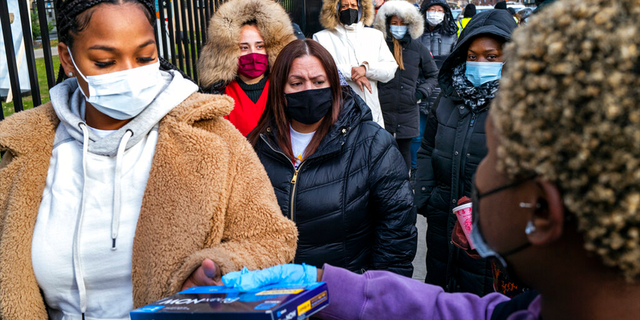 FILE – People line up and receive test kits to detect COVID-19 as they are distributed in New York on Dec. 23, 2021. More than a year after the vaccine was rolled out, new cases of COVID-19 in the U.S. have soared to their highest level on record at over 265,000 per day on average, a surge driven largely by the highly contagious omicron variant. (AP Photo/Craig Ruttle, File)
(AP Photo/Craig Ruttle, File)

Due to the nuances of how COVID tests are being administered, the AP suggested the number of cases can’t be added together and that the actual number of cases would likely be “substantially higher” than what’s being reported at a state and federal level.

“For that reason, The Associated Press has recently told its editors and reporters to avoid emphasizing case counts in stories about the disease,” the AP wrote. “That means, for example, no more stories focused solely on a particular country or state setting a one-day record for number of cases, because that claim has become unreliable.”

The AP went on to cite several news organizations who have cited various rolling averages in their reporting like NBC News and the Washington Post relying on a one-week average of case counts, CNN and the New York Times two-week averages and MSNBC citing a three-day window on a state level. 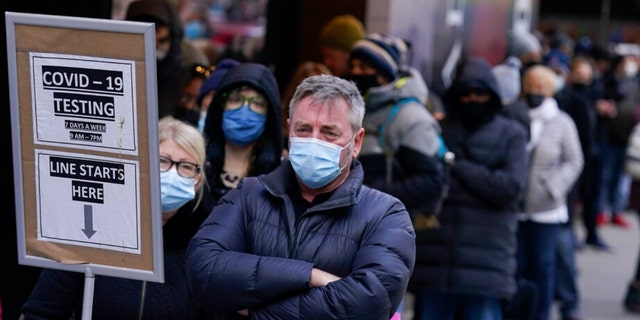 FILE – People wait in line at a COVID-19 testing site in New York’ Times Square on Dec. 13, 2021. More than a year after the vaccine was rolled out, new cases of COVID-19 in the U.S. have soared to their highest level on record at over 265,000 per day on average, a surge driven largely by the highly contagious omicron variant. (AP Photo/Seth Wenig, File)
(AP Photo/Seth Wenig, File)

The newswire service also highlighted its own story on Saturday with the headline “Omicron explosion spurs nationwide breakdown of services,” noting the omission of the case count metric.

“Hospitalization and death rates are considered by some to be a more reliable picture of COVID-19′s current impact on society. Yet even the usefulness of those numbers has been called into question in recent days,” the AP wrote, acknowledging hospitalization numbers include those who happen to test positive of COVID but are not hospitalized because of COVID.