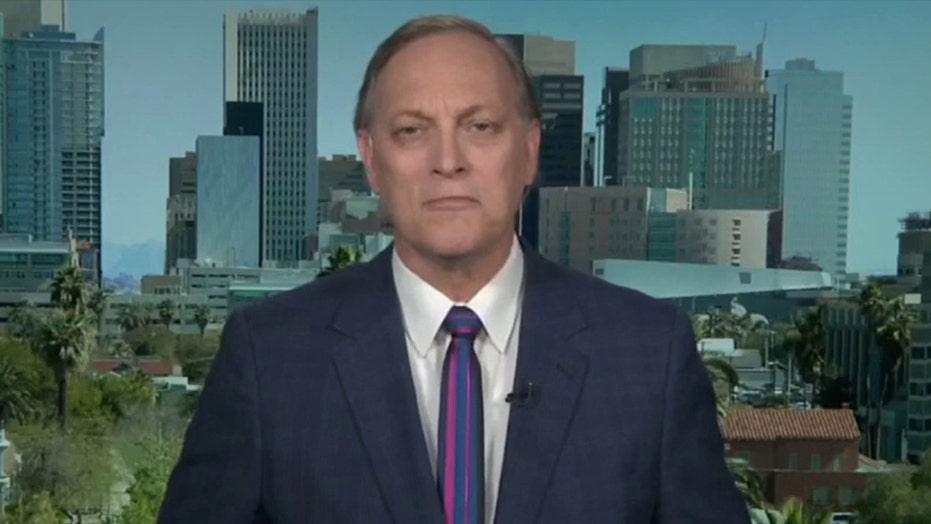 Rep. Andy Biggs, R-Ariz., appeared on Saturday's "Fox Report" to discuss the status of the next coronavirus stimulus bill and to react to fellow Arizona Rep. Raul Grijalva's diagnosis with the virus.

"We're in the dark a little bit ourselves even as members of Congress because it's being done essentially with the White House and right now with the speaker and the minority leader of the Senate," Biggs said of the stimulus bill discussions. "And they basically have put us on a wait-and-see type of status where we're going to hold on and […] they'll let us know when we have to get back within 24 hours."

SCHUMER SAYS $600 IN UNEMPLOYMENT BENEFIT NONNEGOTIABLE, AFTER HOYER SAYS IT IS

The congressman said issues such as a payroll tax holiday, liability protection and unemployment insurance benefits are being hashed out by the White House and Democratic leaders.

Biggs also reacted to Grijalva, D-Ariz., testing positive for the coronavirus and his statement criticizing Republicans on how they have responded to the pandemic.

“This week has shown that there are some members of Congress who fail to take this crisis seriously," Grijalva had said in a statement. "Numerous Republican members routinely strut around the Capitol without a mask to selfishly make a political statement at the expense of their colleagues, staff and their families.”

Biggs delivered his "well wishes" to his fellow congressman, saying: "I hope he heals quickly and that he doesn't go through a great deal of discomfort and some of the seriousness that can come with this virus."

The Republican also disputed the Democrat on his statement.

"I'll tell you, there's nobody in the capital that has taken this virus for granted or a lackadaisically," Biggs said.

"We've seen, over the last few weeks anyway, a lot more people trying to make sure that they socially distance, wear masks, et cetera, so that is changed. But I can tell you, for instance, some of the people that have come down with COVID… I don't think all of them travel in the same group that representative Grijalva traveled in," Biggs said. "And so, I'm, I don't think we should make this a political statement. I think what we should be doing is talking about how we can make this situation better."