Aston Martin is no stranger to off-the-wall, limited-run builds, whether it's a $3.5 million Bond car replica or a $1 million Speedster with no roof or windshield. But the new Aston Martin Victor just may be the coolest special-edition car the company has released in recent memory.

For starters, the Victor isn't just low-volume, it's one of a kind. It was commissioned by an anonymous buyer and developed by Aston's Q division, which builds bespoke cars. In an attempt to keep the build somewhat low-key, the car didn't get any flashy unveiling or official press release, but an Aston Martin spokesperson did share some details with Business Insider.

The car amounts essentially to a mashup of two of Aston's latest limited-run supercars — the One-77 and the track-only Vulcan. It boasts a carbon-fiber chassis and body, throwback styling, and a V12 engine that Aston rates at a whopping 836 brake horsepower.

To top it all off, Aston gave the Victor a six-speed manual transmission — an oddity in an age when most high-powered sports cars make use of dual-clutch automatics. That makes the Victor the company's most powerful stick-shift vehicle ever, Aston said.

Take a closer look at Aston's latest one-off creation below.

Meet the Aston Martin Victor — a retro-styled, one-off supercar that takes some of the best elements from Aston's previous limited-edition builds. 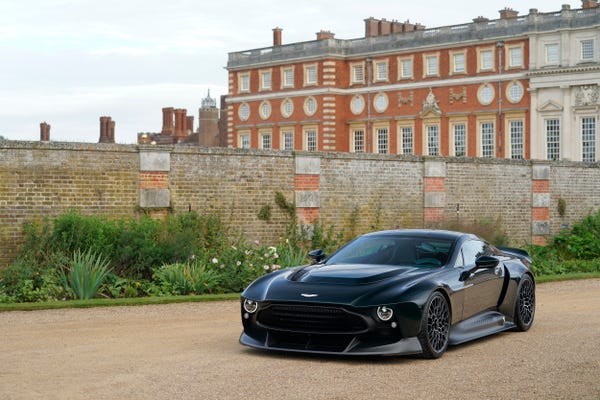 The car was built by Aston's bespoke Q division and was unveiled at the Hampton Court Palace Concours on Friday. 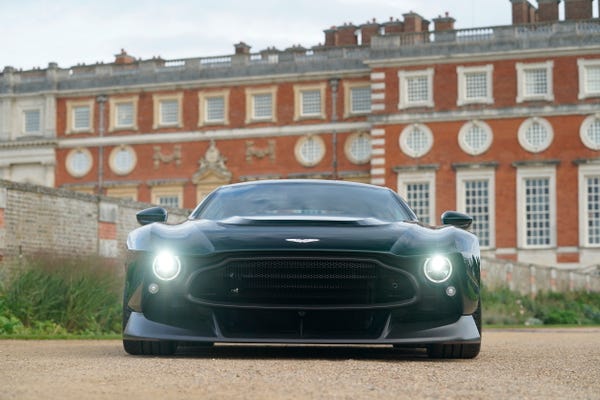 It was commissioned by an unnamed buyer who wished to keep their identity and the car low-key, a spokesperson for Aston Martin said. 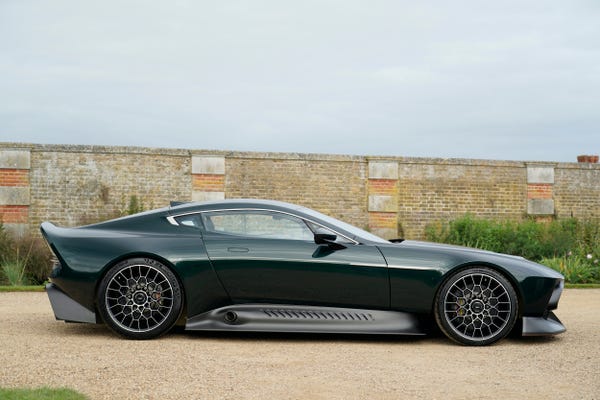 Luckily, Aston did share some photos and details about the car — and needless to say, it's a stunner. 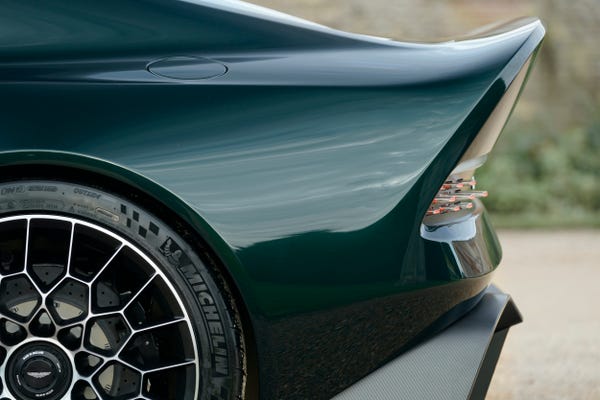 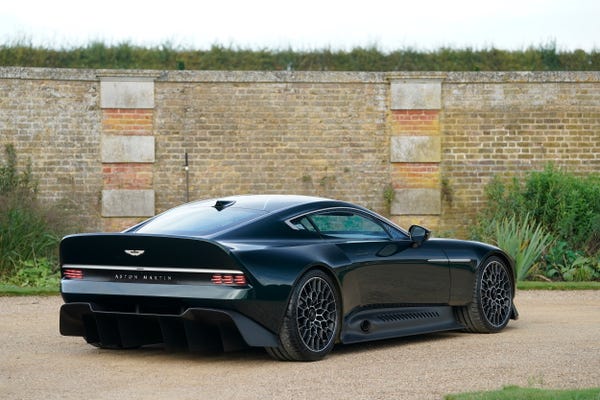 Aston nailed the classic muscle-car look, but there's no question the Victor is from this century. 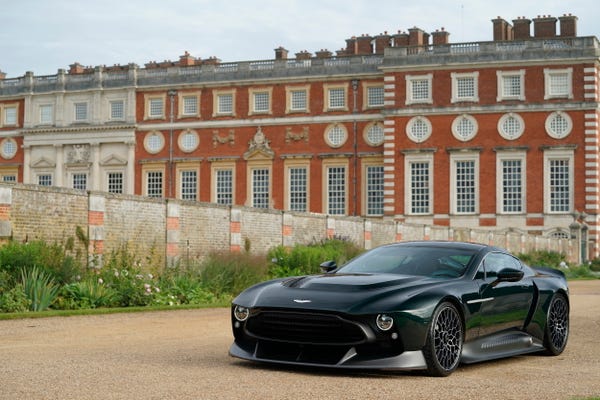 Finished in a throwback dark green, the car sports a full carbon-fiber body and chassis. 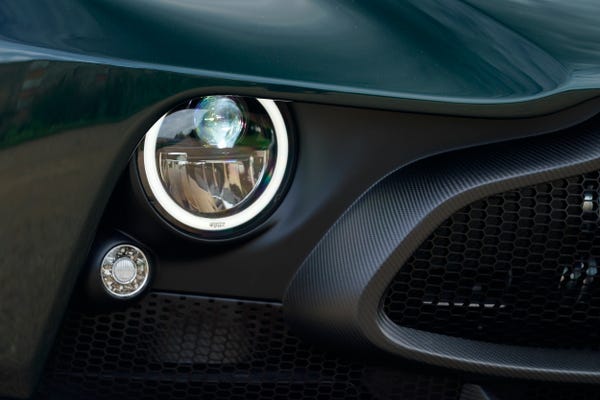 It gets its power from a 7.3-liter V12 out of Aston's limited-run One-77 sports car. The engine has been tuned to churn out 836 brake horsepower, Aston says. 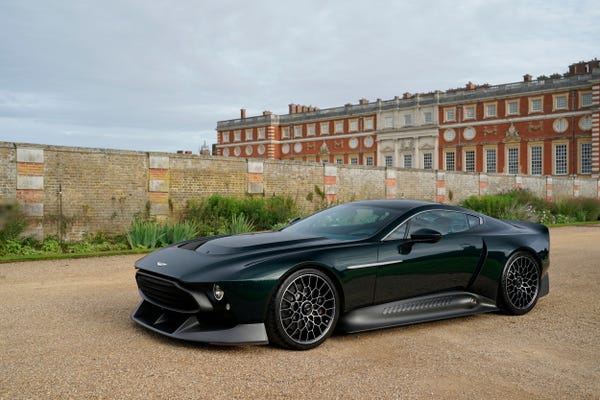 Surprising as it may be, Aston equipped the Victor with a six-speed manual transmission, making it the most powerful stick shift the company has ever made. 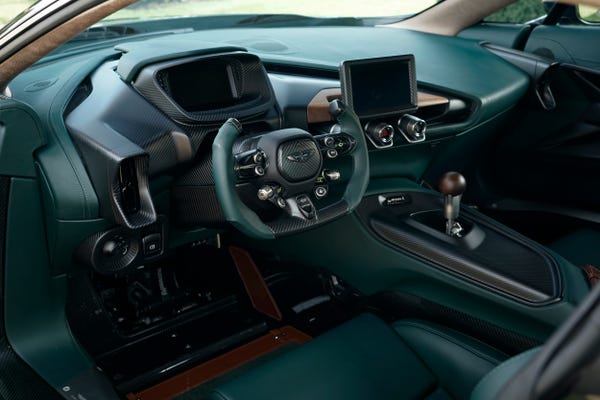 Aston outfitted the Victor with the same inboard suspension setup as the track-only Vulcan. 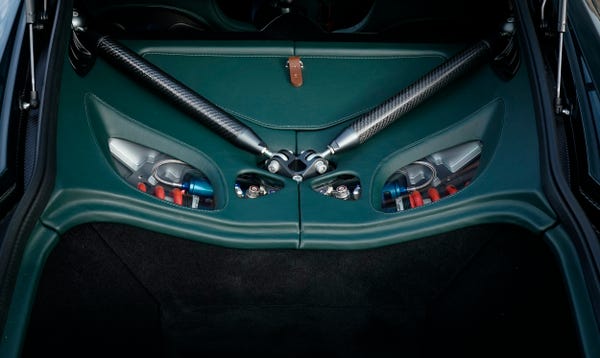 And the Victor gets the Vulcan's steering wheel as well. 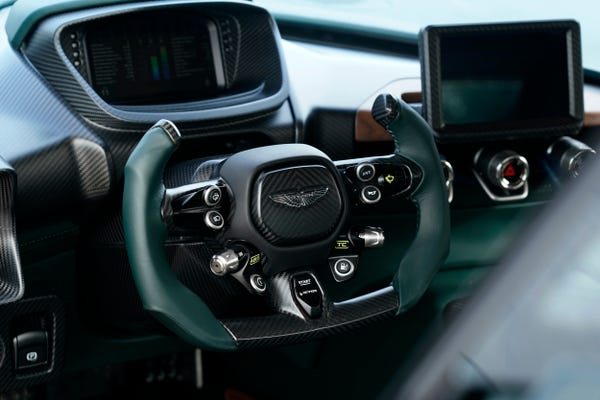 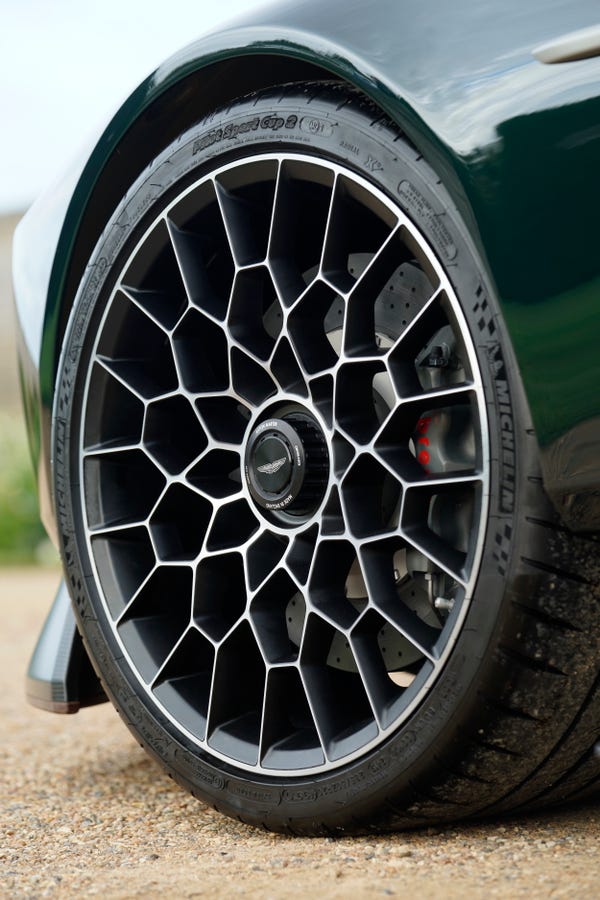 Although the Victor was built for performance, Aston didn't skimp on the car's interior. 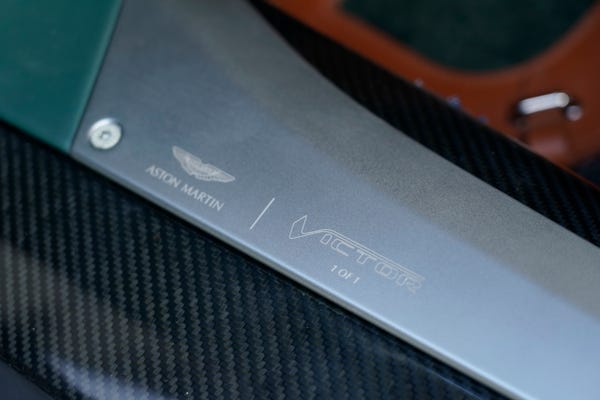 Inside, the Victor sports lots of forest-green leather … 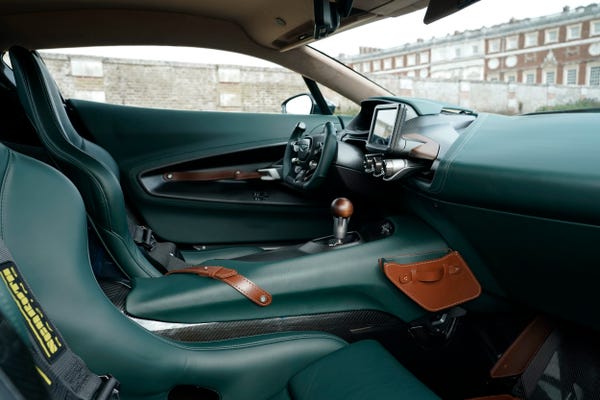 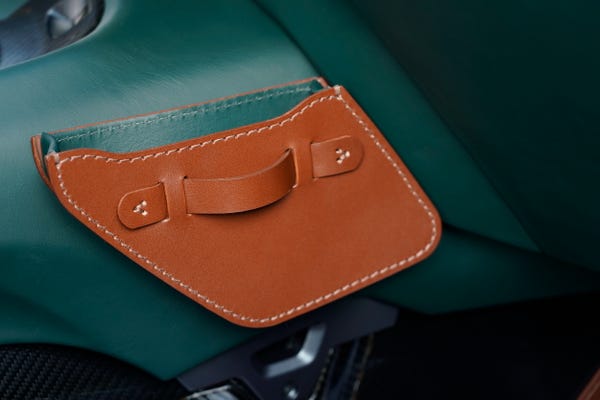 … and solid walnut accenting the dashboard. 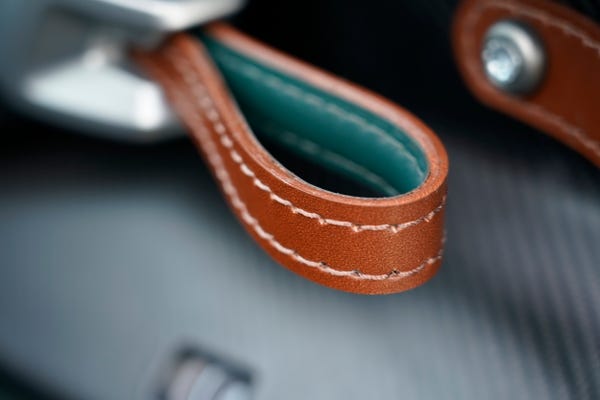 An Aston Martin spokesperson declined to share the Victor's price with Business Insider, but given that the Vulcan and One-77 each retailed for around $2 million, it's safe to assume the car was expensive. 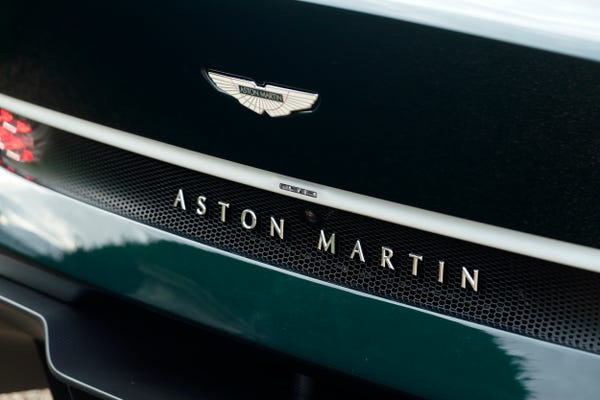