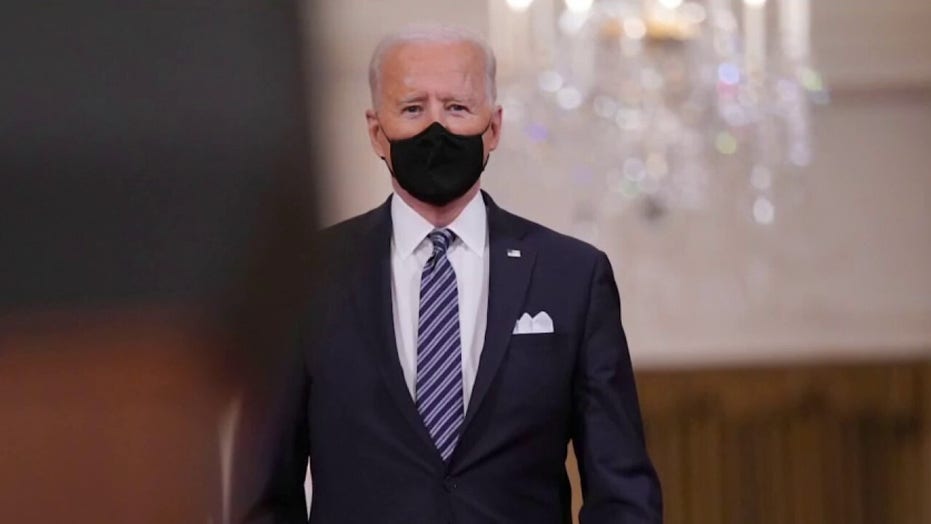 The Atlanta Journal-Constitution issued a major correction after falsely reporting the new Georgia election law would limit voting hours, a gaffe that mirrors misinformation that has been repeatedly spread by President Biden.

“A previous version of this story said the new law would limit voting hours. On Election Day in Georgia, polling places are open from 7 a.m. to 7 p.m., and if you are in line by 7 p.m., you are allowed to cast your ballot. Nothing in the new law changes those rules,” the correction said.

“However, the law made some changes to early voting,” the correction continued. “The bill adds a second mandatory Saturday of early voting for general elections but removes two weeks of early voting before runoffs.”

The correction was in the story, “Media mogul said he wants Department of Justice to take action against newly signed, ‘unconstitutional’ law,” which delved into liberal filmmaker Tyler Perry’s objections to the legislation.

“Not a single expert we consulted who has studied the law understood why Biden made this claim, as this was the section of law that expanded early voting for many Georgians,” Kessler wrote.

Biden then repeated the same false statement, after the Post awarded him Four Pinocchios, during an interview with ESPN on Wednesday.

“This is all about keeping working folks and ordinary folks that I grew up with from being able to vote,” Biden told ESPN when asked if Major League Baseball should move its 2021 All-Star Game out of Atlanta in protest.

“Nope, that’s not in the law,” Kessler tweeted to accompany a link to his previous fact check.

A popular conservative Twitter account posted a scathing thread on Wednesday detailing how the mainstream media has botched coverage of the law.

“The GA election law is so revealing of the way the press works these days. Most publication had reporters that didn’t bother to read the law and just wrote it up based on what activists told them was in it, which matched Dem spin & was a complete distortion of reality,” an unverified account called AGHamilton29 wrote.

“The overall narrative was completely created by activists and almost impossible to challenge now. The reliance on activists, and mostly from 1 side, to frame these stories has become a real issue,” the thread continued. “It’s a simple truth that the GA law expanded voter access compared to any pre-pandemic election. That’s hard to dispute with actual facts. But no one who read the coverage would possibly come away with that conclusion.”

AGHamilton29 then posted what it said was the Atlanta Journal Constitution’s correction, but the version captured was slightly different than the one that appeared online by Thursday morning, prompting speculation it was “stealth edited” to remove a line that the new law actually expanded opportunities for voters.

The initial correction, according to the screenshot captured by AGHamilton29, read in part, “However, the law made some changes to early voting. But experts say the net effect was to expand the opportunities to vote for most Georgians, not limit them.”

The Atlanta Journal-Constitution did not immediately respond to a request for comment.