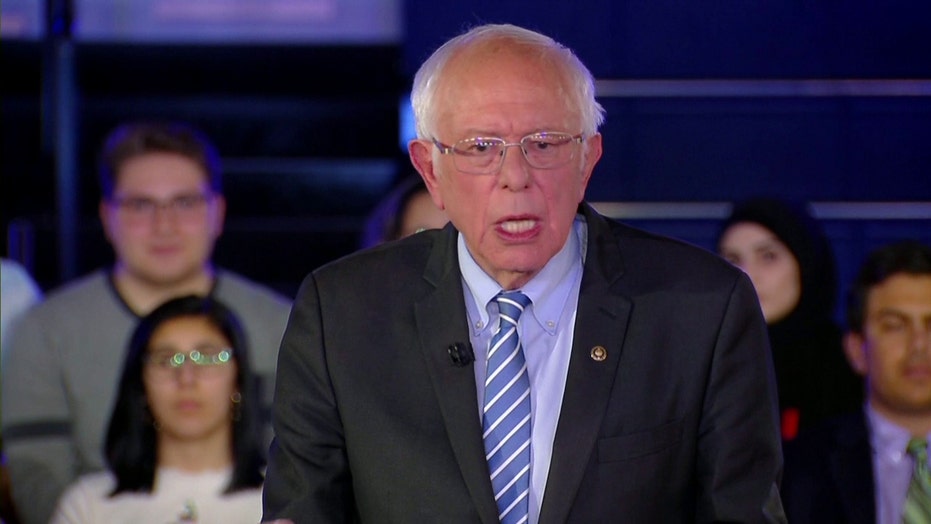 Sen. Bernie Sanders told President Trump “we’re not delaying the election” after Trump on Thursday suggested doing so until people can “safely vote.”

“With Universal Mail-In Voting (not Absentee Voting, which is good), 2020 will be the most INACCURATE & FRAUDULENT Election in history,” Trump tweeted Thursday, nearly three months before Election Day. “It will be a great embarrassment to the USA. Delay the Election until people can properly, securely and safely vote???”

The Vermont senator responded that it's not going to happen.

“No, Mr. President. We're not delaying the election,” Sanders responded. “The American people are sick and tired of your authoritarianism, your lies, your racism. On November 3, 2020 democracy will prevail and your disastrous presidency will end. Bye-bye.”

The president has long pushed back against mail-in voting in the midst of the coronavirus pandemic. Last month, he claimed in a tweet that “Because of MAIL-IN BALLOTS, 2020 will be the most RIGGED Election in our nations history.”

And last weekend he charged on Twitter that “The 2020 Election will be totally rigged if Mail-In voting is allowed to take place, & everyone knows it.”

Trump’s tweet drew swift backlash as Democrats have in the past predicted the president would try to delay the election to lengthen his time in office. Some Republicans dubbed the claim a “conspiracy theory.”

Trump has no authority to delay a general election. The Constitution gives Congress the power to set the date for elections.

"Mark my words, I think he is going to try to kick back the election somehow, come up with some rationale why it can't be held,” said former Vice President Joe Biden, the presumptive Democratic presidential nominee, in April.

“That was evident this week when the ultimate conspiracy theory was declared by the presumptive Democratic nominee, Joe Biden, who warned that he was certain Trump plans to delay the election this fall. It is a conspiracy theory utterly without factual or constitutional support,” the article read.

The most recent public opinion polling in the Biden-Trump race shows the presumptive Democratic nominee leading in national surveys as well as in most of the crucial general election battleground states.

A senior administration official told Fox News that "the president is simply raising a question, whereas Democrats are proposing an entirely new system (of massive mail-in voting) that will result in enormous delays in the election results.”

Senate Majority Leader Mitch McConnell said in a local TV interview in his home state of Kentucky that the 2020 election date "is set in stone."