The moratorium, which covers the overwhelming majority of student loans in the United States, began under President Donald Trump shortly after the COVID-19 pandemic began. Upon taking office earlier this year, Biden extended it until the end of September.

The administration is emphasizing that this will be the final extension of the payment pause. The Education Department — which oversees $1.4 trillion worth of student loan debt held by more than 40 million borrowers — said in a statement that setting a definitive end date for the moratorium will give both borrowers and loan servicers time to prepare for payments to restart.

“As our nation’s economy continues to recover from a deep hole, this final extension will give students and borrowers the time they need to plan for restart and ensure a smooth pathway back to repayment,” Education Secretary Miguel Cardona said.

Congressional Democrats, led by Rep. Ayanna Pressley (D-Mass.), Senate Majority Leader Chuck Schumer (N.Y.) and Sen. Elizabeth Warren (D-Mass.), had pressured Biden to extend the moratorium. Many lawmakers clamoring for the administration to extend the moratorium were progressives, but some moderates — including Sen. Kyrsten Sinema (D-Ariz.) — also backed an extension.

Pressley, Schumer and Warren applauded Biden’s decision in a statement, but also pushed for the administration to go further. They said they looked “forward to hearing the administration’s next steps to address the student debt crisis.”

“While this temporary relief is welcome, it doesn’t go far enough,” the trio said. “Our broken student loan system continues to exacerbate racial wealth gaps and hold back our entire economy.” 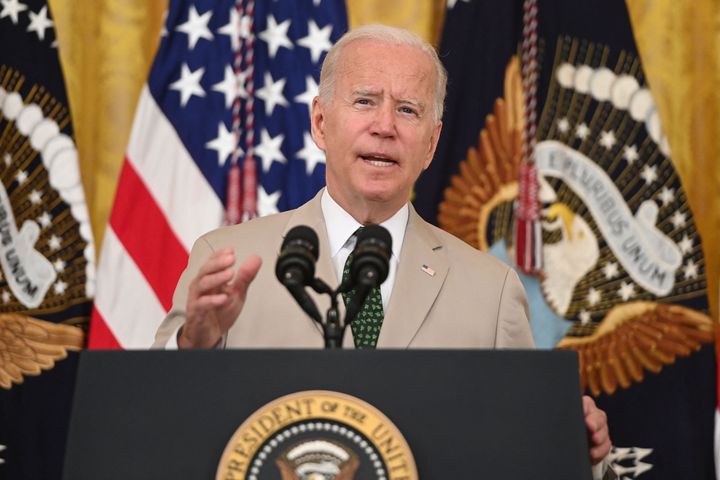 Some members of the administration were worried that extending the moratorium would undercut the administration’s messaging on the economy — White House official spent much of Friday touting a strong jobs report — but student loan servicers may have needed additional time to prepare for the loans to restart without causing chaos for borrowers.

Three senators — Warren, as well as Sens. Ed Markey (D-Mass.) and Tina Smith (D-Minn.) — released a survey last month showing that most major student loan servicers had done little outreach to prepare for payments to restart and were waiting for additional guidance from Federal Student Aid, the agency that oversees the government’s student loan portfolio.

An additional potential complication for the extension: Two major student loan servicers, Granite State Management and Resources and FedLoan, are set to let their contracts with the federal government to manage the loans end in December. Some advocates worry the government could struggle to transition millions of loans to a new servicer in time for payments to restart at the end of January.