President Joe Biden called assertions that his spending policies have been a cause of the skyrocketing inflation "bizarre."

When asked about how his American Rescue Plan's substantial spending might have exacerbated the economy and pushed inflation into high gear, Biden waved away the accusation.

"You could argue whether it had a marginal, minor impact on inflation. I don’t think it did," Biden told the interviewer. "And most economists do not think it did. But the idea that it caused inflation is bizarre."

The president made the remarks in an interview with the Associated Press published Friday.

Biden was adamant in his defense of his spending practices, saying that critics of his policies and federal spending should look at how other nations have dealt with recent inflation woes. 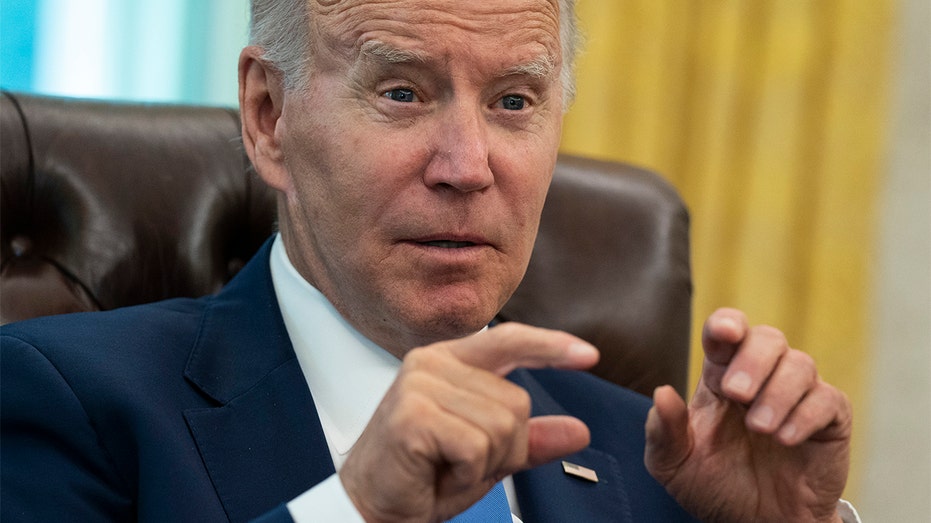 President Biden speaks during an interview with the Associated Press in the Oval Office of the White House, Thursday, June 16, 2022, in Washington.  (AP Photo/Evan Vucci / AP Newsroom)

"We’re in a stronger position than any nation in the world to overcome this inflation. It’s bad," Biden claimed before pivoting to questions aimed at his critics. "Isn’t it kind of interesting? If it’s my fault, why is it the case in every other major industrial country in the world that inflation is higher? You ask yourself that?"

POWELL PLEDGES THE FED IS ‘ACUTELY FOCUSED’ ON TACKLING INFLATION

Biden added, "I’m not being a wise guy. Someone should ask themself that question. Why? Why is it? If it’s a consequence of our spending, we’ve reduced the deficit. We’ve increased employment, increased pay." 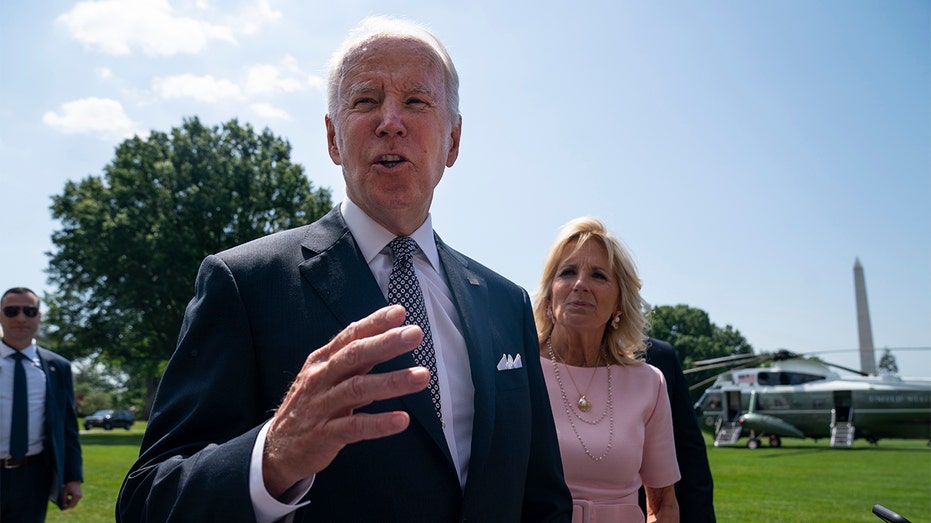 Powell reiterated on Friday the U.S. central bank's determination to crush the hottest inflation in 40 years, saying that it is imperative for the global financial system for consumer prices to stabilize.

"My colleagues and I are acutely focused on returning inflation to our 2% objective," Powell said in introductory remarks to a Fed conference on the role of the U.S. dollar. "The Federal Reserve’s strong commitment to our price-stability mandate contributes to the widespread confidence in the dollar as a store of value."

His comments came just two days after the Fed voted to raise its benchmark interest rate by 75 basis points for the first time since 1994, underscoring just how serious policymakers are about tackling the inflation crisis after a string of alarming economic reports.